10 Things Linux Does Better Than Windows

There is no such thing as a “perfect” OS, but given that Microsoft’s Windows costs a pretty penny and Linux is free, it’s a little strange that the latter can do certain things far better than the former. We’re taking a look at our favorite ten, which includes the partitioner, automatic logon, troubleshooting, customization and more.

Over the years, the updater inside of Windows has gotten better, but it hasn’t come close to the robust updater’s for most Linux distros. In the case of Ubuntu in particular, upgrading even from one major version to another is a simple task. You might have to click “OK” to a few things, but that’s hardly a bother. And for regular OS updates, you can usually do the process with one simple click. 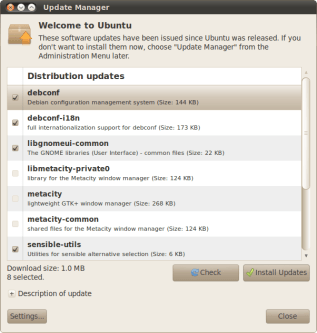 Unlike Windows, you rarely ever have to reboot after an update either. The exceptions are when hardware drivers are involved (and even then, sometimes a reboot isn’t required).

When Linux enthusiasts highlight the benefits of the OS to Windows or OS X users, one of the more common features to raise is the robust software repositories that many distros have. Ubuntu once again has one of the best out there, and with later versions, has made it easier than ever for people to find the right piece of software they’re looking for. 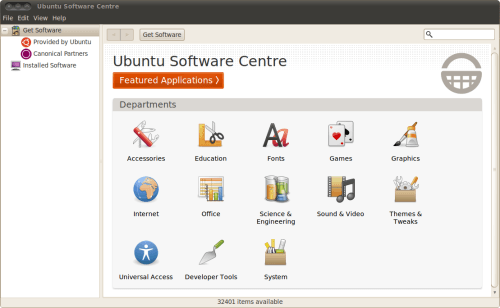 Want the Bluefish text/code editor? Simple, load up the Software Centre, search for it, and click to install. It can’t get much easier than that. Repositories would be useless with a limited selection of software, but throughout many of the distros I’ve tested over the years, I don’t think that such a thing exists. If you want to install an application for Linux, chances are good it’s available in the repository. In some cases, even commercial software is available this way (you still require a serial, of course)!

The first Linux benefit in this article I mentioned was the partitioner, and this interoperability choice follows in the same footsteps. Under Windows, interacting with other operating systems or file systems is a major pain, and in most cases, not an option. If there’s an exception, it would have to do with a network device, where you could connect to a Linux computer or NAS box. Even then, the Linux machine basically has to work around itself in order to have Windows detect it. 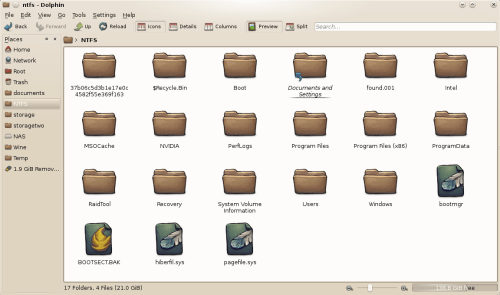 If you dual boot Linux and Windows, working between the two can be a little frustrating at times. In Windows, you just don’t have the option to write something to your Linux partitions. You can’t even see the Linux partitions, so reading a file is still a non-option. Compare this to Linux, where you don’t only have the option to read to an NTFS partition, but you can write to it as well.

The command-line in Linux is one of the points a lot of Windows users make as the reason they don’t want to use the OS. But contrary to whatever’s said, most people will never need to make use of the command-line under Linux, and if they do, it’s very unlikely that what they have to type in is going to be complicated. Either way, many people are wary of the command-line, and it’s unfortunate, because the one found in Linux is extremely powerful and feature-rich.

Under Windows, the command-line is a dreaded tool, because it’s beyond limiting. The first reason is simply because you can’t go full-screen with it. Rather, it constrains itself to something like 140 characters wide, which complicates things when you are typing out long strings or filenames/folder names. And try to copy and paste with it… good luck. 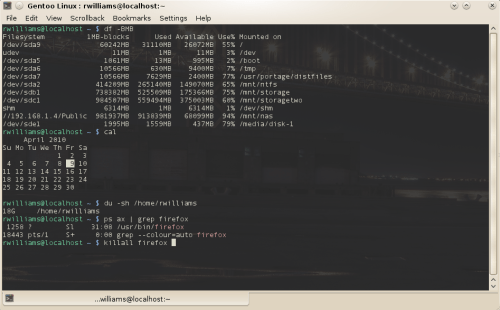 The opposite is true for the Linux command-line, but there’s a lot more to it than that. The command-line here is simply powerful, and you can take care of simple tasks, or extremely elaborate ones. You might say that for simple things, it’s just as easy as surfing around the GUI and finding the information that way, but if you become well-versed with the CLI, then nothing’s quicker.

Have an application that has somehow gone unresponsive? Under Windows, you’re lucky half of the time if ending the process is actually going to do that. But under Linux, a quick “kill -9 appid” takes care of the situation pretty quick. Even to check diskspace is easy. You can ‘df’ to see the results in bytes, or customize it to see it in other density formats (such as df -BMB for megabyte).

I’m just scratching the surface here, because the amount of flexibility with Linux’s CLI is far too difficult to portray with a few paragraphs. If you are wary of Linux with the CLI being your main qualm, don’t fret… the CLI is not at all complicated. Plus to be fair, very few things technical are easily done with no prior research.

Many Linux users would likely agree that the OS has always been faster than Windows, but ever since Vista and 7 have been launched, a truer thing has never been said. The benefit of Linux is that most distros have “lightweight” in mind, so chances are good that regardless of your PC, you’re going to have a fast-acting OS. On my HP dv2 netbook, which was pre-loaded with Windows Vista, I hit application instabilities often. I now use Ubuntu 9.10 on it, and the difference has been like night and day.

If you really want to sink the time into it, there even exist distros that aim to deliver you the most modular and scalable offering possible. Gentoo is one of these, and it allows you to essentially build your Linux from the ground up. You will have an OS with everything you need/want, and nothing you don’t.

But what about stability? Some of the more ambitious Linux users may tout that the OS simply doesn’t crash, but that’s absurd and no one would ever believe it. That said, I still do believe it to be the most stable OS out there, and that most instabilities that arise have more to do with applications you’re using than the OS or desktop environment (this has been the case in my experience). 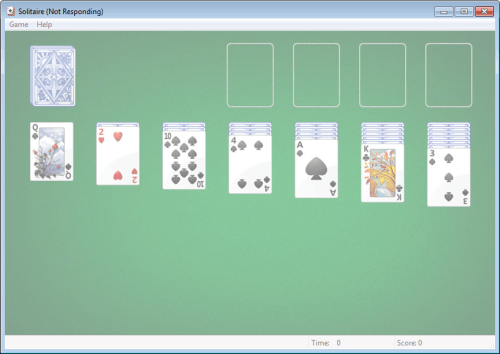 In all my years of using Linux full-time, I’ve never experienced what’s equivalent to a Windows BSOD (Blue Screen of Death). In the case of a BSOD, the PC is rendered useless until a reboot. As far as I’m aware, this kind of thing just doesn’t happen in Linux. The desktop environment might lock up, but you can almost always move to another terminal and manually kill the application or process that’s causing the issue (Adobe’s Flash has been a common cause of this for me).

Even if your desktop environment happens to crash for some reason, it can’t be compared to a BSOD. The last time I had KDE 4.x crash on me, the screen went blank and I was instantly back at the login screen. Unfortunately, whatever I had open was ceased when I logged back in, but the entire process was still far quicker than a BSOD. We’re talking a full PC reboot compared to what takes about five seconds.

That said, I’ve only had that kind of crash happen a couple of times, while I can’t recount the amount of times I’ve experienced a BSOD.

So there they are… my ten picks of things that Linux does better than Windows. In truth, I could have made this “top list” much larger, but these ten are those that have been stuck in my mind for quite some time. There are of course many other benefits of Linux over Windows, such as security, TCO and so forth, but those are rather boring to talk about. Since I deal with both Linux and Windows everyday, I’ve developed some rather fierce opinions about what Linux can do that Windows should do.

Disagree, or have other Linux pluses you’d like to add? That’s what our comment thread is for. As I mentioned in the intro, I didn’t write this article as a way to bash Windows, because there are likewise numerous things that Windows does well that I find Linux to be lacking. If there’s interest, I could do a follow-up from a vice versa standpoint. If you would be interested in that, let us know!