So let’s get started with some good Sandra benchmarks. The 2005 version was used, since 2007 was not available when these benchmarks were conducted. The differences between versions for this specific test seem to be minimal though, if any.

At absolute stock speeds, 2 * 1GB proves 100MB/s faster, or 1.7%. As the speeds and overclock increases though, the performance evens out a lot more. At the top overclock of 467MHz, they are really neck and neck. 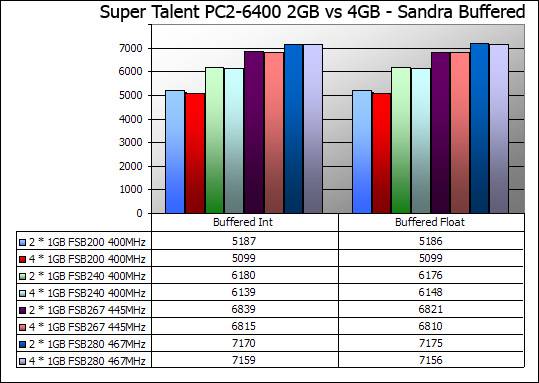 My favorite benchmark to conduct is Unbuffered, because it stresses the memory far more than the CPU. Buffered uses all the features available on the CPU to affect the score greatly. Once again, the same holds true from the buffered tests. There is a decrease, there’s no denying that, but it’s definitely minimal. Many people consider unbuffered to mean different things, so you can check out this picture to see how I configure it. 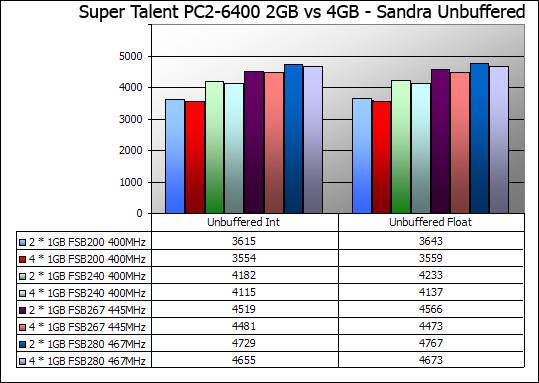 The Sandra scores were close, but the Everest results are even closer. Take a look at the max overclock Read result.. 0.15% difference. It’s becoming evident that 2T in both configurations makes no extreme difference, but rather a very minor one. 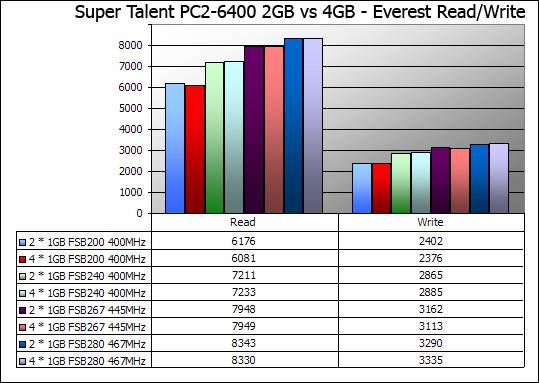 The Latency tests are where we can see the biggest differences. Each 4GB result is at least 1ns slower than the 2GB one. Overall though, I had expected to see much larger differences than this. 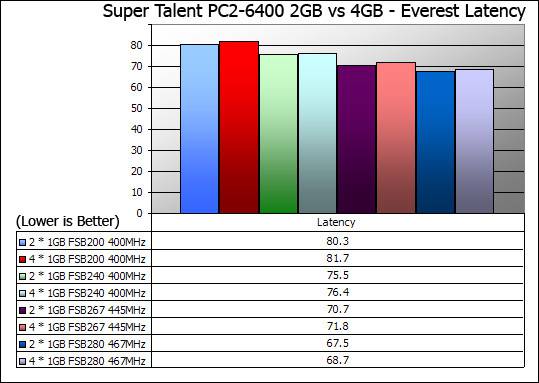 Sciencemark has recently become one of my favorite memory benchmarking tools, and for good reason. Let’s jump right into that one on the next page.