Sciencemark 2 is a great tool, because it gives you results that are far more in-depth than anything else out there. I will only relay the Bandwidth and Sciencemarks results though.

What we have seen up to now still applies here… the 4GB solution is just a wee bit slower than the 2GB. What’s interesting is the max overclock here though, because at 4GB, it proved to be 214MB/s faster. The Sciencemarks result for the same benchmark proved lower than 2GB though, probably due to the 4GB having slightly higher latencies. 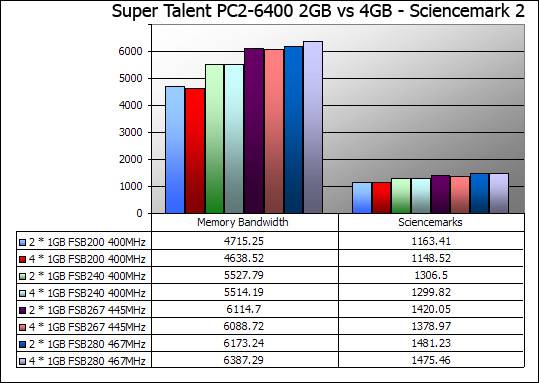 Most people who want to set Super Pi records usually use a 1GB kit with ultra-tight latencies, and this is why. As we moved from 2GB to 4GB, the overall times were definitely higher. Not by a huge margin, but are higher nonetheless. 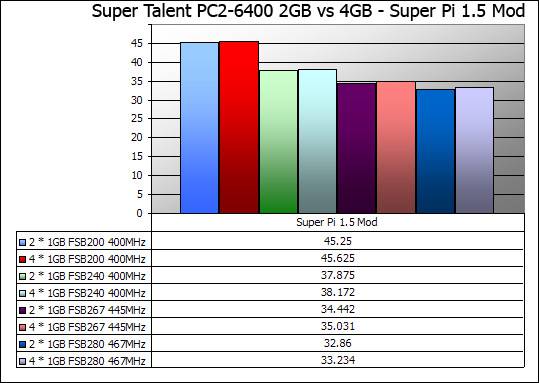 Once again looking at the top overclock, 4GB proved just 100 points lower than the 2GB. 2T timings are not looking so bad ;) 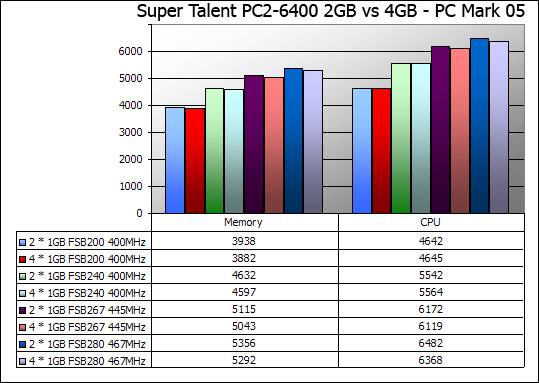 For the last of our DDR2 testing, let’s check out some 3D app’s.