Sandra needs no introduction. These benchmarks were done using version 2007 of the software. These graphs are not easy on the eyes, I admit. The easiest way to compare the results is to look at them in pairs of two. Each 2GB vs 4GB result is directly beside each other, so you can see the differences easy by looking at the bars.

If you look back to the DDR2 results, all the bars were pretty well leveled out. Not here! The difference between 1T and 2T is very evident, with the many dips throughout. Paying attention to the 275MHz, which should prove completely stable for most anyone, the 4GB method was around 17% slower, bandwidth wise. That’s not exactly a small difference. 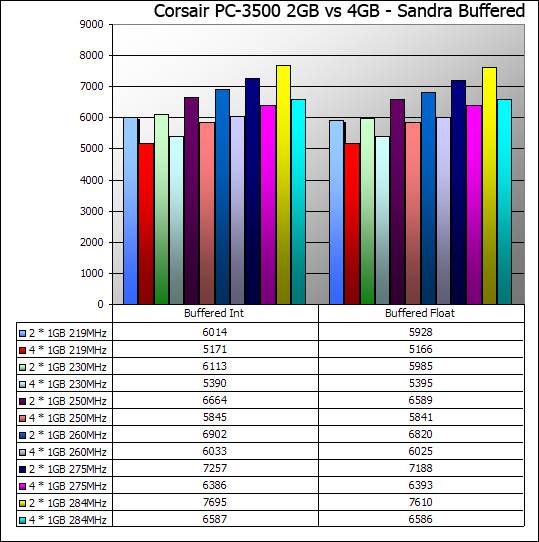 Looking at the same speed for the Unbuffered test, once again the 4GB config was 17% slower than the 2GB config. I was originally speculating that the differences would be around 10%, but it’s almost double that! 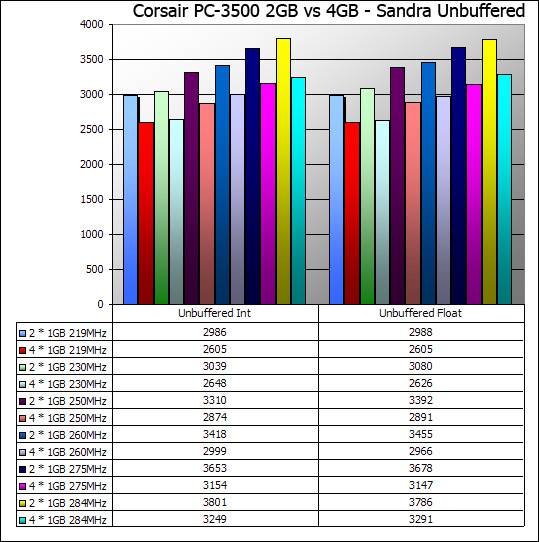 I benchmarked using two versions of EVEREST, because I trust 2.22 more than any other version. 2.80 is used a lot throughout enthusiast tests though, so those results are also there if you prefer them.

Overall, the results are tighter than the Sandra ones, but the big hit is in the Write speed. 2T has an apparent drastic affect on it… 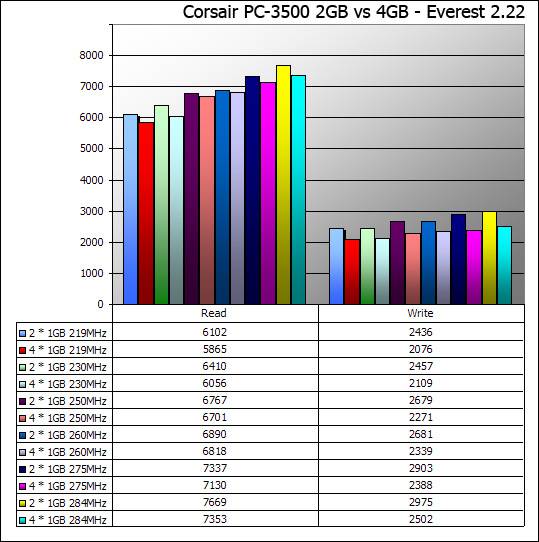 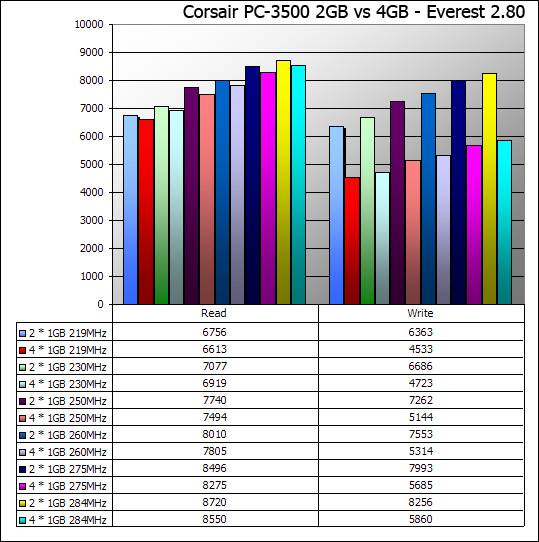 While a 1ns hit wasn’t too bad with DDR2, this is getting asinine! Stock speeds prove 8ns slower, while the top overclock proves ‘only’ 5ns slower. To be frank, that is not a small difference.. but huge! 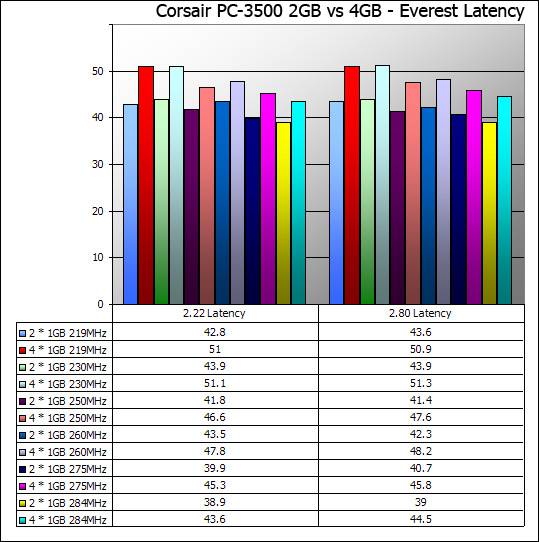 Let’s see if anything get’s any better with Sciencemark and some gaming tests.