It’s not often I get to play a game from a studio that lists it as its only game, but I do have that pleasure with Endless Space, a complex 4X from Amplitude Studios. As the title suggests, the game takes place in space, and the options for victory are many. Read on as we evaluate whether Endless Space can scratch that 4X itch.

Outside of gaming, I’m fairly interested in space. I love reading about the anomalies and unexplainable things that exist up there, and suck it up when I have my mind-boggled when trying to understand what’s being said about them in some article I found. But where gaming is concerned, I generally have zero interest in space, whether it be a sim or another genre. I’m just not a sci-fi person. So what am I doing reviewing a game like Endless Space?

When I learned that a friend was going to be picking the game up, I decided to go against by general distaste for such games and just read into it a little bit. What I found intrigued me. This was essentially a “Civilization in Space” – referring to Sid Meier’s famous series which I do happen to love. I figured with Civ-like mechanics, this might be the first space sim I could get into.

Some developers hate having their games compared to another outside of their portfolio, but Amplitude Studios welcomed the idea that this was a Civ-in-Space when I mentioned it to them. At the core, “Civ” could be replaced with any other 4X title, but the idea is that anyone who enjoys 4X gameplay will be able to sit down and have a good understanding of what to do. 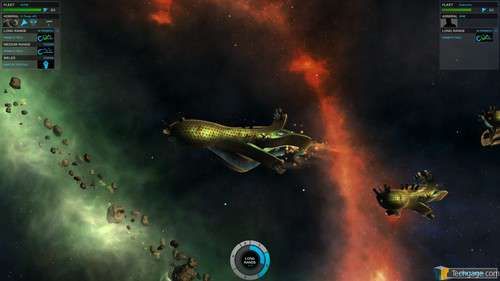 The term “4X” refers to “explore, expand, exploit and exterminate”, four vital mechanics that come together to make a game like Endless Space. You explore, uncovering secrets, hidden settlements and luxuries, expand to grow your empire, exploit the resources that are available to you and exterminate the opposition. All simple in theory, but Endless Space exercises all of these mechanics well.

One thing I can say about Endless Space right off the top is that it’s complex – so complex in fact, that at times it makes Civilization V seem modest. There are more angles to watch over, and compared to other 4X’s I’ve played, the research tree has to be carefully considered. There’s little linearity, so you best be at the top of your game if you want to succeed.

Fortunately, the game offers a robust tutorial that explains most of the mechanics and UI functions. After a single match, you should have a good understanding of the game, although being as vast as it is, it’ll be a while before you could consider yourself to be a master of the game. And oddly enough, it seems to be single-player that’s best for training you, because even at easier difficulties, the AI doesn’t mess around. 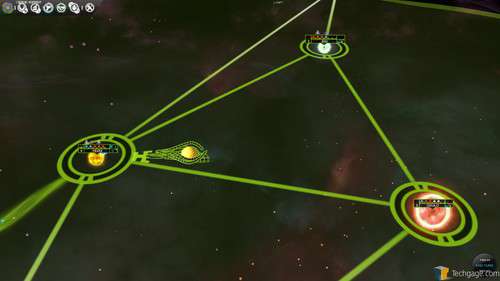 To expand in Endless Space, you’ll be searching out new “Star Systems”, a few of which will be immediately viewable from the start of a match. With a certain ship, you’ll be able to populate a new Star System or increase the population of one that’s already owned. Each Star System consists of 1 – 6 planets which differ based on which sort of Star System they’re in. Some Star Systems may have a higher ratio of harder-to-inhabit planets, while others might be bursting at the seams with planets that are easily inhabitable from the get-go.

There are four basic resources to manage in the game; food, industry, dust and science – “FIDS” for short. Food helps the population and production on planets increase, while industry is what gauges how long productions will take to complete. Dust is currency, which is used for unit management, upgrades, or purchasing units out-right if the need arises (such as while at war, or if you just happen to be rich). Science if of course important to the tech tree – the higher your science output, the faster techs can be learned.

There are a variety of planets in Endless Space, and most of them are inherently better at which type of FIDS it excels at producing. One might produce more Dust while another produces more Science. At the founding of each planet, you’re able to “Exploit” it, choosing which of the four FIDS it focuses on. 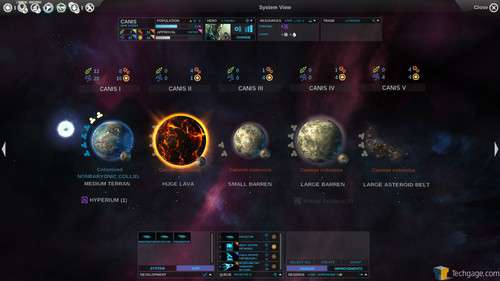 As the tech tree is conquered, the basic exploit on a planet can be replaced, and other exploits can be added that affect the entire solar system. This is where things get a little complex, because there are many of these productions to consider and all of them require a per-turn maintenance. It’s unwise to build everything you see, because in the long run you’re going to go broke. In addition, some Star System exploits may not even benefit that particular Star System. Each one features bonuses to certain planets, and if you don’t have any of them, then the production will simply drain your Dust.

In addition to planets themselves, some might have a moon. After a certain tech is learned, you’ll be able to scan the moon on an inhabited planet to see if some hidden bonus can be found. More often than not, moons will have nothing, but sometimes they will offer great bonuses that will pay off handsomely, such as happiness or FIDS improvements.

Adding somewhat to the complexity of the game, luxury and strategic resources are not at all linear in the tech tree. This tree is split into four sections, and three of the four contain these resources. While you might discover resources in one part of the tech tree, you may be far off from discovering others in another part. Deciding on which techs to learn is without question one of the most strategic aspects of the game, and speaking of, let’s talk more about that next.