by Rob Williams on August 30, 2006 in Miscellaneous

In the memory market, there are two things I am skeptical of. 1GB kits, and EPP. Today we are looking at a new kit from A-Data that has both. It proves to have some solid overclocking ability, thanks to it’s GMH chips. Are you willing to pay $200+ for a 1GB kit though?


Sandra is one of my favorite benchmarking tools overall, and it’s not just for memory which makes it essential in any enthusiasts toolbox. Close results here, as were expected really. Broke through 9,000, which is nice to see for a 1GB kit. 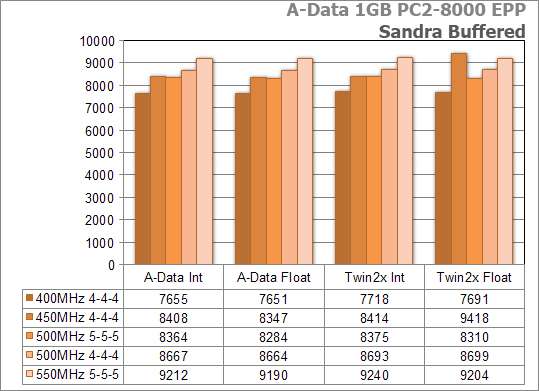 For our unbuffered tests, you should see our exact settings since we use specific ones to cut down on the CPU usage. Overall, similar results here. Corsairs kit stole the crown from A-data. 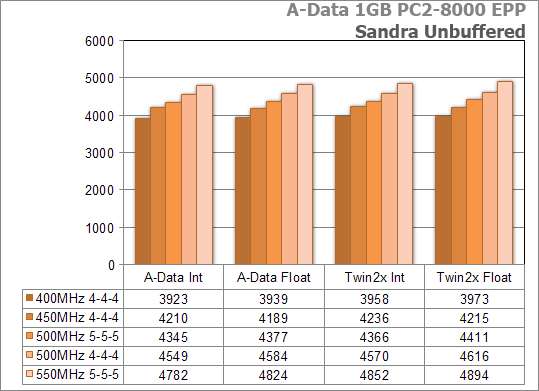 Incredibly close results can be found from Everests Read and Write tests. At the max overclock, both kits had an identical Write speed, and only differed by 12 for the Read. 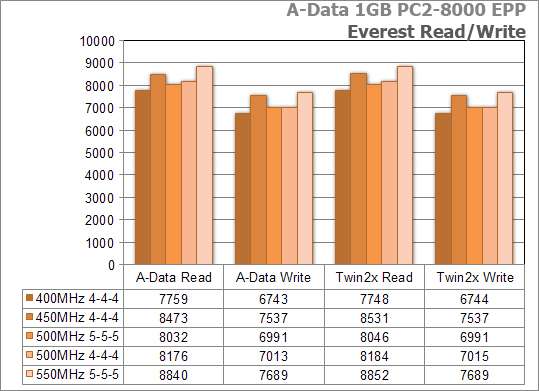 Another tight race with identical results at the top spot. Nothing like a smooth, even number! 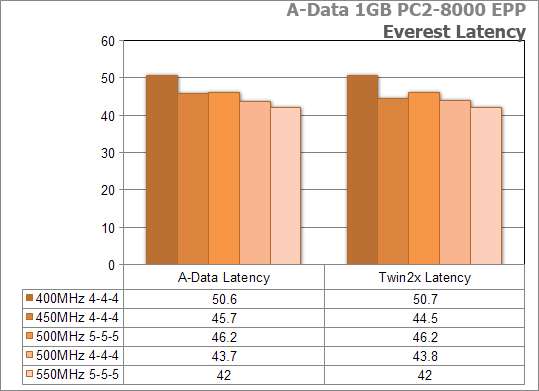 PC Mark and 3D Mark are of the least important of these tests, but they make it quick and easy to see gains. That’s ignoring the five minutes it takes for PC Mark to open, of course. The PC Mark scores were quite close to one another… there is no clear winner. The Corsair sticks helped put a little more oomph into the 3D Mark results though. 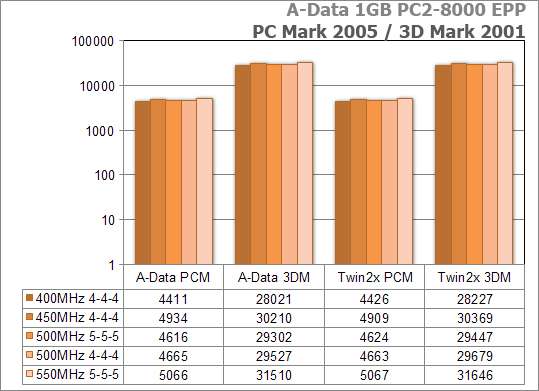