Next up on the Techgage workbench is some blazing fast memory from A-Data. This is the first A-Data review we’ve done, so I was looking forward to discovering the quality of their products. Though the company is not that popular over on these shores, at least in the enthusiast circle, they are a rather large company that owns around 6% of the DRAM market. I am unsure of what the market is like in Taiwan, but with a large market share as such, it would have to be quite massive.

Quick introduction aside, I am taking a look at their top of the line DDR2 kit, the Vitesta PC2-8000 2GB with 5-5-5-15 timings. Actually, these are triple spec’d modules, but I will get into that shortly. Before we get into the technical side of things, let’s skim a few shots of the modules themselves and their packaging.

Many memory manufacturers like to display their pride and joy in a clear plastic blister pack, and A-Data is no different. What is different here though, is how it’s designed. Instead of a single piece of plastic that opens like a book, this packaging is actually two separate plastic pieces that fit inside of each other. This makes it quite easy to remove the modules once you receive them. 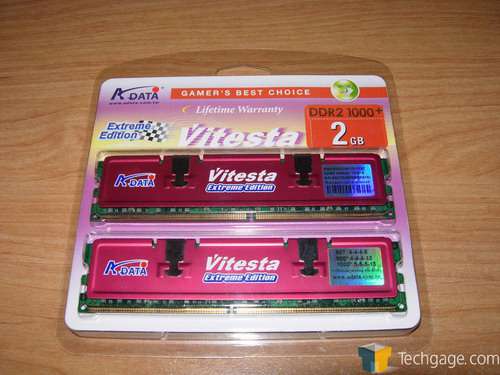 The heatspreaders used are somewhat similar to what Mushkin uses on their Redline series, although the shade of red on the Vitesta is lighter. The front and back are held on with a simple clip, although it will still prove difficult to remove due to the thermal paste used. It’s never wise to remove spreaders off of FGBA modules anyway, unless you don’t mind risking your investment. 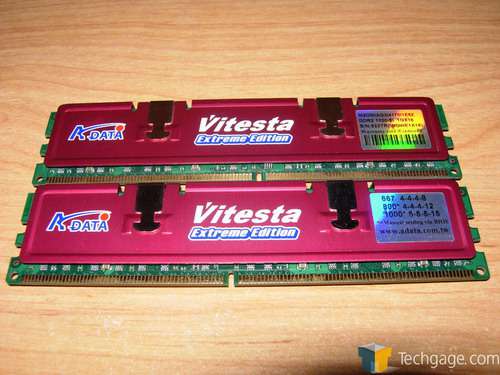 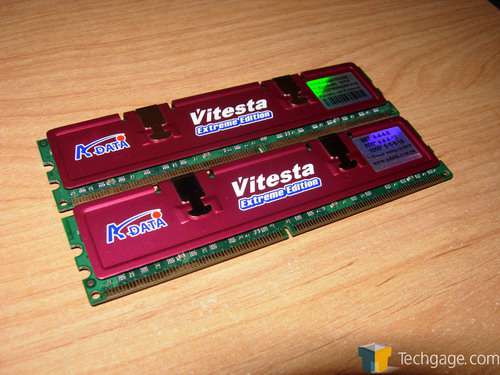 There is a silver sticker on both the front and back of the modules. The front includes the speed and timings, while the back is for the serial number and model code. 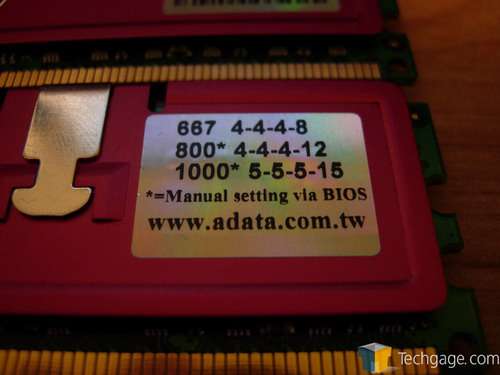 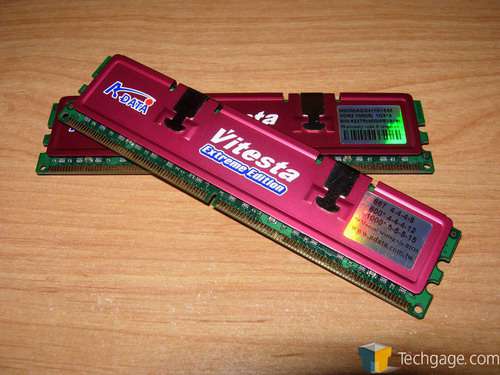 Ok, enough drooling. Time to get into the tech specs.