First up is one of my personal favorites, Sandra 2007. If you are still using version 2005, don’t worry as the results are the same for the memory tests. DDR2-933 on my system always proves to take the crown of any CPU or memory benchmarks, due to the 280 FSB. There’s no doubt that this is the case here. Overall, these scores are quite similar to what I have achieved with other PC2-8000 kits. However, this one surpasses the performance of the OCZ VX2 by ~50MB/s at the DDR2-933 setting. 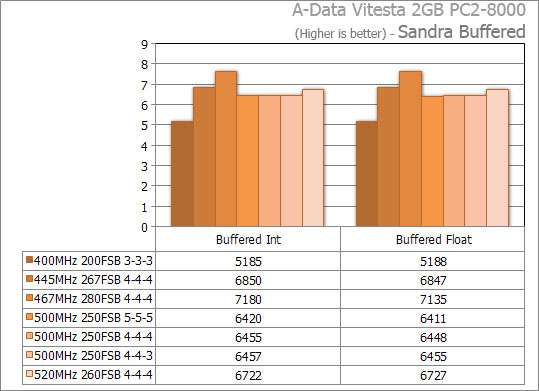 The unbuffered are no different really, with DDR2-933 (280FSB) taking the crown again. Note the differences at the stock speed, going from 5-5-5 to 4-4-4 though. Over 125MB/s difference for a tweak that can hardly even be considered an overclock. 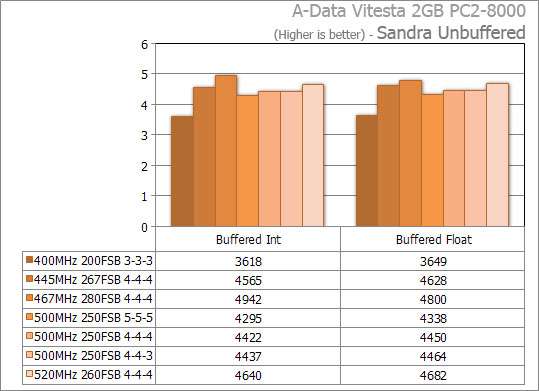 Ahh, Everest. This is another great benchmark for simple Read/Write and Latency tests. The only downside to this tool is that Lavalys tends to change benchmark algorithms with each new release, so even micro-version updates should not be compared to one another. After testing though, I found versions 2.8 and 3.0 to have identical memory results, however CPU and FPU were varied.

At my optimum setting, OCZs VX2 beat out the Vitesta by a seriously low margin… around 30MB/s, or 0.5%. Great results overall though. 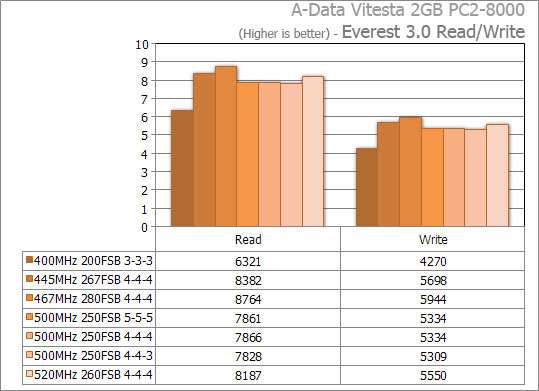 When it comes to latency, 60.0ns is usually a goal worth aiming for, though we didn’t really come close here. If my board could support more than 2.4vdimm, I could easily see this memory hitting 61.0ns – 62.0ns at 500MHz with tighter timings. 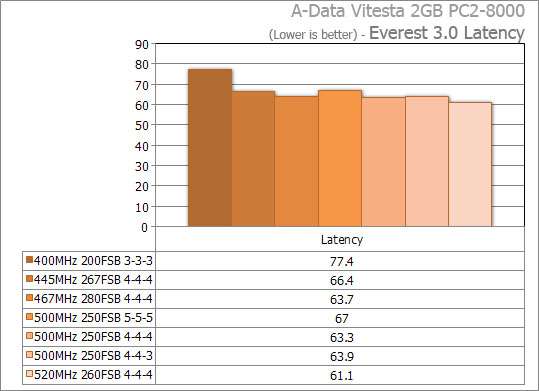