When a smartphone vendor comes along and offers its latest option as a “flagship killer”, it doesn’t exactly leave much room for leeway: it’s either going to be accurate, or off the mark. On paper, the OnePlus 2’s case seems to be solid, so let’s take a hard look at it and see if its promises are lived up to.

For a phone to be a proper “flagship killer”, it needs to have some serious horsepower under its hood. The OnePlus 2 doesn’t fail to deliver here, as it sports Qualcomm’s highest-end SoC, the Snapdragon 810. This is effectively an eight-core chip design composed of two quad-cores; one based on Cortex-A57, and the other on Cortex-A53. For graphics duties, the Adreno 430, with its 192 shader cores, are put to work.

At 1.77GHz, the Cortex-A57 chip found in the OnePlus 2 isn’t a slouch. There are just a handful of other models utilizing the Snapdragon 810 that have boosted clocks. Notably, the $649 Lumia 950 XL features an updated CPU equipped with a 2.0GHz clock speed. For comparison’s sake, the Exynos 7 Octa 7420 SoC Samsung uses in its S6 and S6 Edge sports a 2.1GHz Cortex-A57.

While it’s featured in a less-expensive phone, it’s worthwhile to note that the ZenFone 2’s Intel Atom Z3580 is clocked at 2.3GHz. As seen in the performance comparisons below, though, clock speed doesn’t mean everything. The OnePlus 2 far surpasses the ZenFone 2 in most tests, while it obliterates it in every graphics test.

There are some discrepancies worth pointing out here. How is it, for example, that the ZenFone 2 is much slower in certain tests but much faster in others? The tests it’s faster in are PCMark and MobileXPRT; both of these tests include image manipulation tests that are accelerated much better on Intel hardware.

To give a more granular example, the “Apply Photo Effects” test in MobileXPRT 2015 took a mere 15 seconds to complete on the ZenFone 2, whereas it took 25 seconds on the OnePlus 2. The one area where the OP2 excelled was in the “Detect Faces to Organize Photos” test; all others favored Intel’s chip. This isn’t a massive hit to the OP2, but it does highlight that even if Intel’s CPU isn’t faster in the grand scheme, it does have some perks to flaunt.

Speaking of efficiency, let’s talk battery-life. OnePlus doesn’t seem to offer estimates about how long its latest flagship will last on a single charge, but to its benefit, it packs a huge 3,300mAh battery, so it should at the very least serve most people well for an entire day.

In personal use, where I don’t talk on the phone a lot but do a fair amount of Web browsing, I find the phone can last two days before a charge becomes dire. On the busiest days, I’d wrap with about 30~40% remaining. Of course, different usage patterns are going to result in different charge lifespans, but overall, this phone isn’t lacking in this regard.

If a situation does reveal itself where the battery-life is nearly depleted, how quickly will the OnePlus 2 charge back up? From 0% to 35%, the phone takes 30 minutes. From 0% to full, it takes 2 hours and 15 minutes. The ZenFone 2 charges faster both due to the fact that it has a slightly smaller battery (3,000mAh) and includes a more powerful charger.

Performance and battery-life tests aside, in real use, the OnePlus 2 feels snappy. I’ve been using the phone for about two months now, and it still feels just as fast as it did when I first hauled it out of the box. I never experienced any significant lag (or insignificant, for that matter); apps open fast, close fast, and overall, work fast.

As covered on the previous page, OnePlus doesn’t bundle much software with the OnePlus 2; most of it comes straight from Google. One exception is the camera app. It’s similar in look and feel to the official Android camera app, but has some tweaks. One neat feature is that it can be used in manual mode, allowing you to adjust the white balance, shutter speed, focus, and ISO. Like any good camera app, it also supports panorama and slow motion modes. 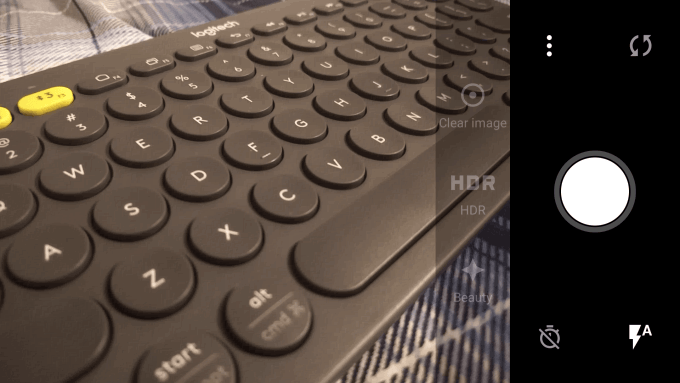 Overall, this camera app works well, but it has two niggles I’d like to see tackled. For starters, there’s an odd bug that will randomly place the shutter release button on the screen after the app is first opened, rather than where it should be situated (bottom or side, depending on the orientation). I’ve encountered this bug about four times since using the phone.

The other issue is minor, but it’s an issue nonetheless. After using the phone for so long, I began to feel like this camera app simply refused to ever use the flash. Even in total darkness, it wouldn’t activate. It turns out that I had one of the three modes seen in the above shot enabled. When I first began taking pictures with the phone, I must have clicked “Clear Image” and thought it was default, because there’s no “None” option here. That’s not the case. In any one of these three modes, the flash will not activate. It’s only when they’re all disabled that the flash becomes available. This, to me, was not at all obvious. If there was a “None” option, there would have never been confusion.

The OnePlus 2 proves itself as a competent camera, even without a flash. But of course, if you don’t use the flash indoors, your pictures are going to gain a hue inspired by the lighting in the room. A great example of this can be seen in the cat picture above, where the cats are not black, but instead sepia. In this particular case, a flash wouldn’t have helped much, as it would have reflected off of the cats’ eyes, making the picture even more awful.

The graphics card picture next to that is far better, as it was taken during the day. The card in focus is crisp, both with the PCB and the small branding at the top-front. The photo of a sticker on a box is about as boring as a picture can get, but it highlights just how crisp text will come out when photographed.

As for video, the OnePlus 2 can record at 720p, 1080p, and 4K, with the latter capped at 10 minute intervals. Overall, light video I’ve captured looks good, but is nothing to write home about. It’s also not ideal in situations where there’s a lot of movement, as the phone will constantly try to adjust its focus. Unfortunately, while you can select a focus in this mode, the phone will continue to autofocus as soon as it detects movement.

There are some aspects of the OnePlus 2 I’d rather not see (such as the lack of a microSD card slot), but overall, the phone has far more upsides than downsides, making it an excellent choice in this particular price-range.

OnePlus starts this phone out at $329 USD, which represents the 16GB model with 3GB of memory. The beefier 64GB / 4GB model demands a $60 premium, which isn’t too hard to stomach given it means a quadrupling of the storage.

After a lot of use, nothing stood out to me about this phone as a major, or even moderate problem. Minor issues crept up once in a while (eg: the sometimes clunky camera app), but those can be experienced with absolutely any phone out there. Regardless of its price-range, this phone feels super-fast, is well-built, and has a couple of nice perks, such as the dual SIM capability and also the fingerprint reader. 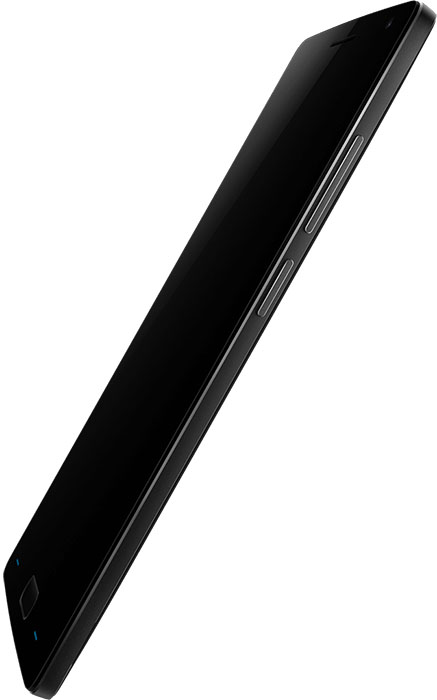 I’d like to focus on that fingerprint reader for a moment. Somehow, I’ve ignored just how useful these things can be up until I decided to use it with this phone. I’ve stuck to using a 4 digit PIN code on all of my devices, never wanting to add complexity to it even though I felt like I should. A fingerprint reader negates that issue. You could set a more complex PIN code, for when your thumb falls off and you need to get in another way.

Once setup, you’ll be able to access the phone in under one second – much quicker than typing in even a modest pin code. It might not be obvious, but you can also log in this way while the screen is still off, saving yet another button that needs to be pushed.

As far as durability goes, this phone simply feels great when held. There’s no creak when twisted ever so slightly; it feels just as solid as a phone should. Its textured back also helps you feel a bit safer when gripping it.

Beyond all that, the lack of NFC could burn some, especially those wanting to take advantage of Android Pay. Some might also hate the lack of wireless charging, as it grows in popularity.

Of course, one other hit that must be mentioned is that it’s not straight-forward to purchase this phone. Purchases are still locked behind an invite system which requires a bit of effort on your part to get. When this phone first launched, the company said that it’d be much easier to get this phone over the original one, but a couple of months after its launch, and it’s still behind that invite system. Your best bet is to follow OnePlus via its various social networks and wait for a chance to snag one. Here’s to hoping that the next OnePlus flagship is able to forego this invitation requirement entirely.

It’s up to you to decide whether or not the OnePlus 2 is actually a “flagship killer”, but it ultimately proves itself to be a great phone worthy of your consideration.