On the previous page, I mentioned that SPEC is an organization that crafts some of the best, most comprehensive benchmarks going, and in a similar vein, I can compliment SiSoftware. This is a company that thrives on offering support for certain technologies before those technologies are even available to the consumer. In that regard, its Sandra benchmark might seem a little bleeding-edge, but at the same time, its tests are established, refined, and accurate across multiple runs.

While Sandra offers a huge number of benchmarks, just four of the GPU ones are focused on: Cryptography, Financial Analysis, Scientific Analysis, and also memory bandwidth. Some of the results are a bit too complex for a graph, so a handful of tables are coming your way. 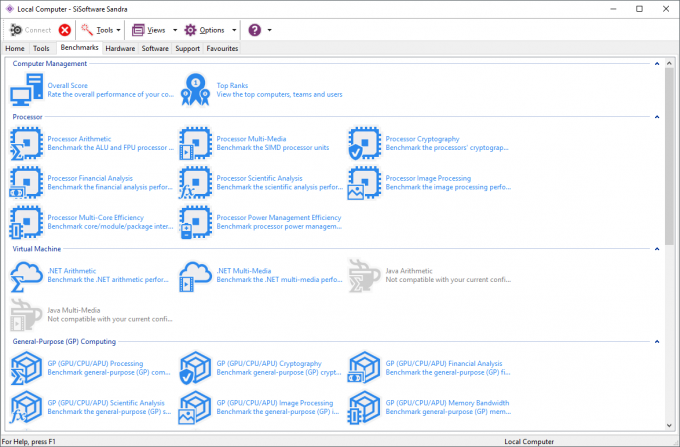 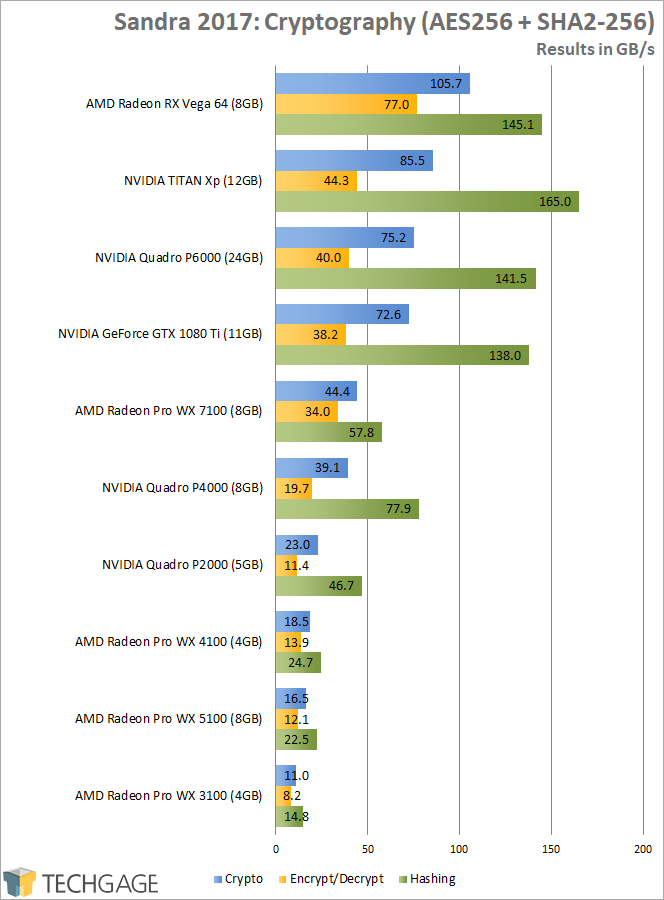 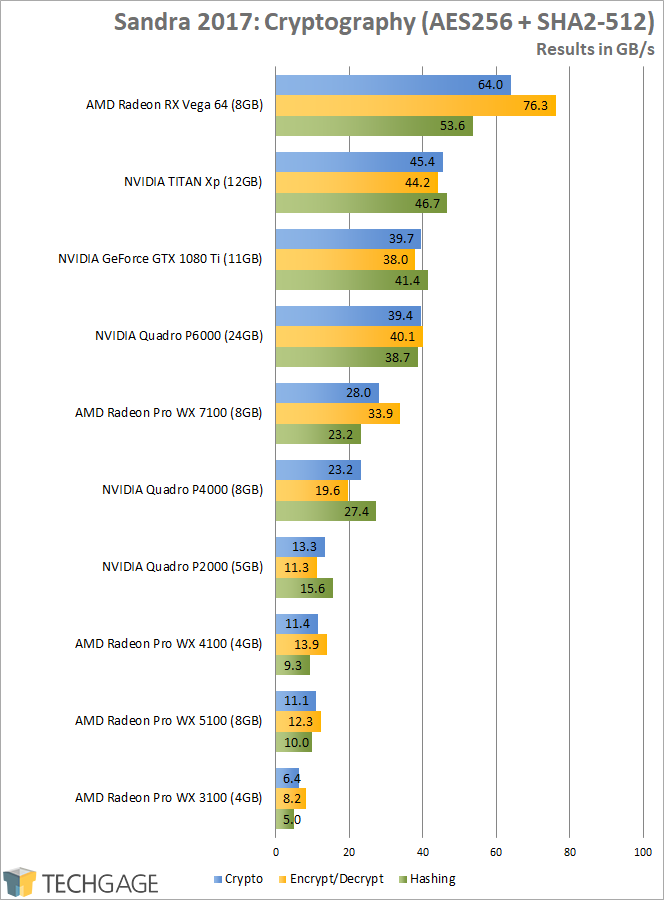 Hot damn. I feel like these kinds of gains are those that AMD should promote out the wazoo. So many reviews posted today are likely to paint a rough picture of this card’s gaming performance, but on the other side of the fence, compute performance on Vega quite simply kicks ass. The results here may be able to give an impression of Vega 64’s future mining performance. Mining benchmarks you’ll see around the web in other launch reviews will show an edge over a top-end NVIDIA card. I would not be surprised if AMD optimizes its driver sometime in the future to vastly improve mining performance. Vega should technically be better than the 30MH/s you’ll see reported today, based on all of the compute performance seen here.

With its beefy double-precision performance (as far as gaming cards go, at least), Vega 64 soars to the top of that respective chart, and manages to best the 1080 Ti in single-precision. 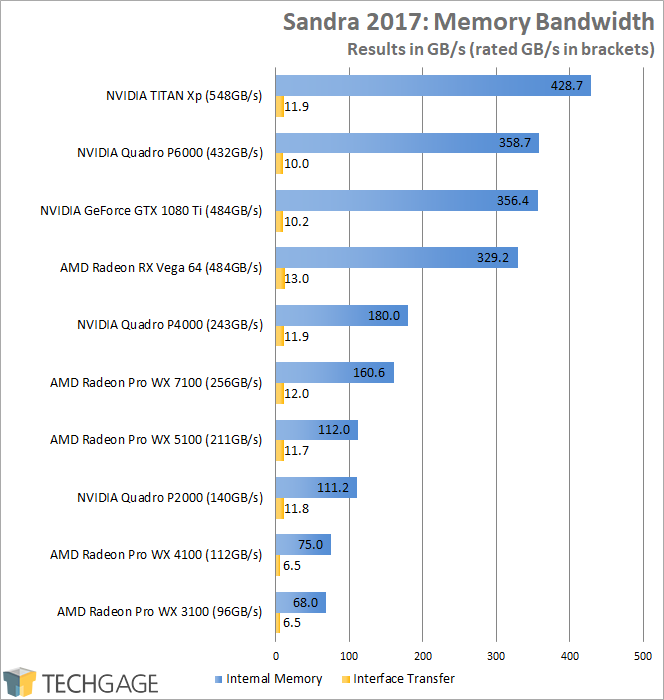 With its HBM2 memory in tow, the RX Vega 64 places right behind NVIDIA’s GTX 1080 Ti, by about 27GB/s. Its interface transfer, however, manages to best everything else in the lineup. How this correlates to real-world performance is hard to gauge, especially since it’s up to the rest of a GPU’s architecture to properly complement the bandwidth it’s given.