The world of eSports is huge, and growing in popularity with impressive speed across the planet. One of the biggest names in eSports is FNATIC, and today we are looking at a couple of offerings from FNATIC that are used by its players every day; A modular gaming headset and the Clutch G1 mouse.

If you aren’t familiar with eSports, you really owe it to yourself to take a peek into its world.  eSports covers a wide spectrum of the gaming world, not necessarily with brand new cutting edge games.

FNATIC is an eSports team that plays in games such as League of Legends, Battlefield 4, DOTA 2, and CS:GO among others.  Based in London, FNATIC is a serious contender in the world of eSports, currently with 38 professional gamers in over 15 countries across the globe.

FNATIC has its own line of gear, from clothing, peripherals, and even complete gaming PCs.  Today we are looking at a couple of new pieces from FNATIC: the Duel Modular Gaming Headset, designed in collaboration with AIAIAI, which is known for their incredibly modular headsets, and the Clutch Optical Gaming Mouse.

Both of these new peripherals are what the actual FNATIC athletes use in competition, so they certainly deserve a good look.

Let’s take a look at the mouse first.

FNATIC has chosen an aesthetic profile that appeals to my taste, which is ‘less is more’.  Overall very muted, clean, single color matte black.  The lines are clean and flowing, just a solid, no frills mouse. 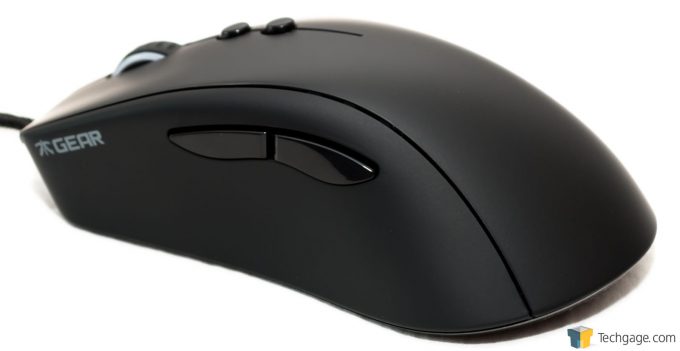 On the top we find the left and right buttons. These are connected as a single piece of plastic that runs the entire length of the body. 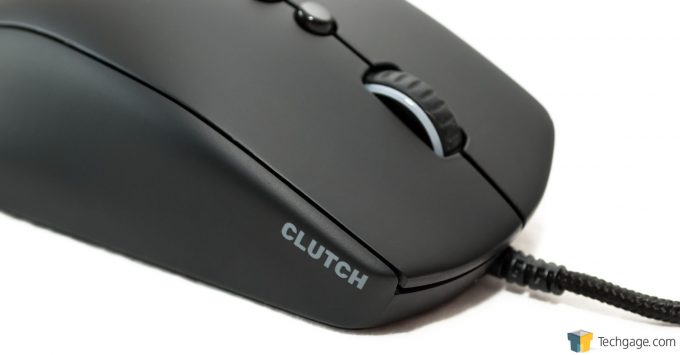 In the middle we find the scroll wheel/MMB.  The scroll wheel has a nice ribbed rubber covering, and a more-stiff detent feel when scrolling than some mice I have used.  The detents are not loud like some mice, but still have a good stiffness ensuring accurate scrolling.

This is a good feature for me, as I have found that with other mice that have scroll wheels that require less force, I inadvertently switch weapons in the heat of the battle, something that didn’t happen with the FNATIC Clutch Mouse.

The scroll wheel is also home to some RGB lighting, which is fully customizable with the companion software.  We also find three red LED indicators on the left hand side to indicate your DPI shift. 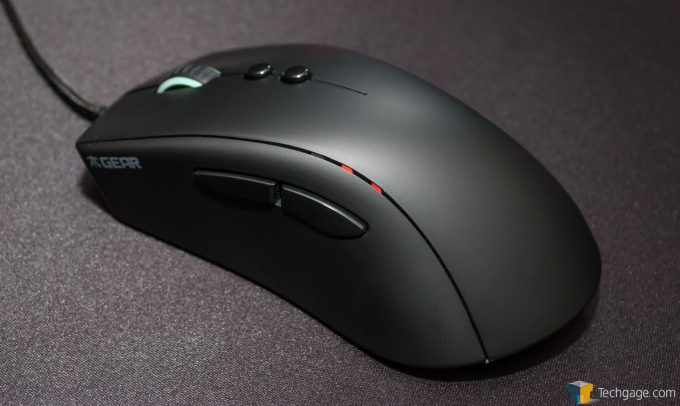 Just south of the scroll wheel, we find two round buttons which like all the other buttons, can be reprogrammed.  On the left side towards the front we find the FNATIC GEAR logo, and two standard forward/back buttons. 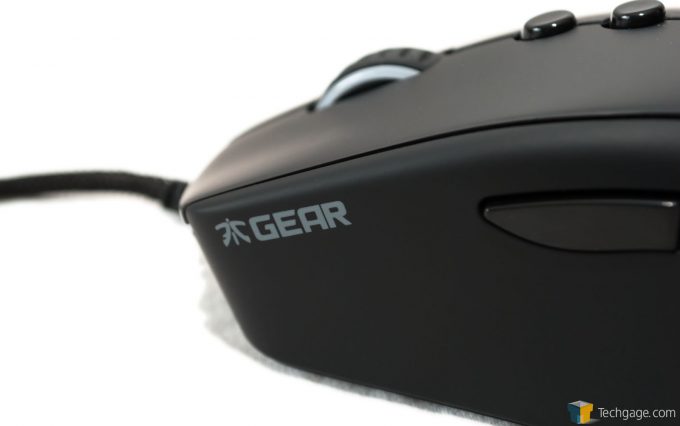 The cord is a standard length of 2-meters, and covered in the low-drag braid that we find on most gaming gear these days, along with a gold-plated USB connector. 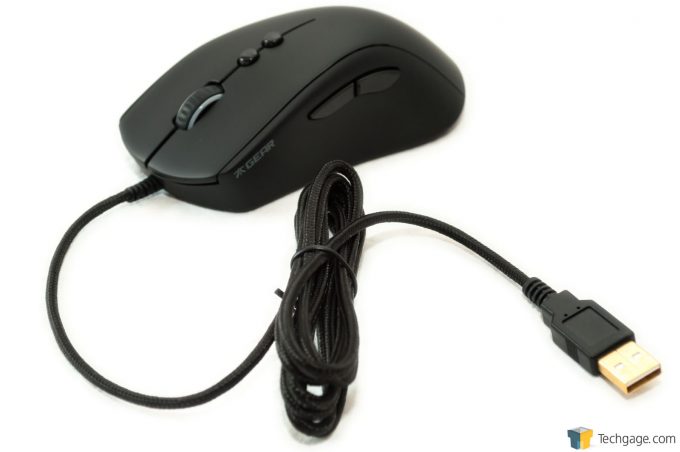 On the bottom we find three PTFE feet, insuring low friction movement along your gaming surface, whatever that might be. 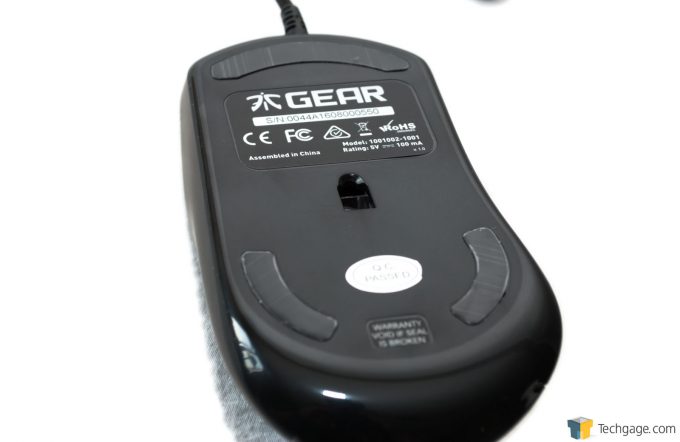 I put the FNATIC Clutch Mouse through quite a workout since I received it.  I used it extensively in gaming, from DOOM, to CS:GO, to Battlefield One.  I also used this mouse at my day job, where I am at a computer all day.

I found that the mouse is great if you have large hands and/or long fingers.  My hands are more of what is called a “bear’s paw” which is large palms with shorter fingers proportionately.  I tend to prefer mice that are shorter in length, but this was not a problem for me at all.

The companion software is lean, and installed quickly on my Windows 10 machine.  It gives you as much customization as you could ask for, and you can easily create profiles and macros: things we find as standard fare on gaming mice these days. 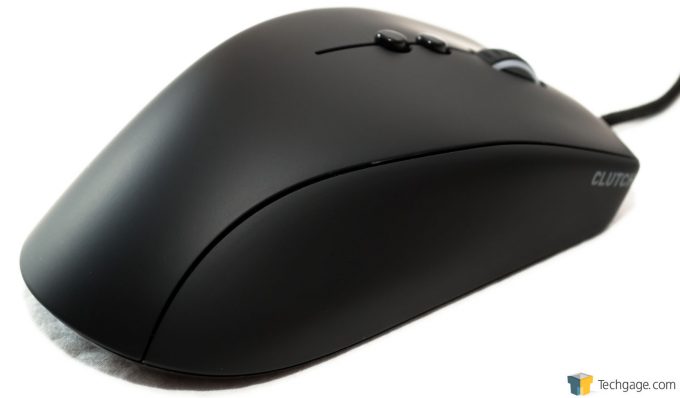 The braided cover helps the cord glide across your desktop with ease, making the mouse really feel like it is wireless.  I found that long gaming sessions using this mouse went very well, and I don’t have any complaints at all, especially considering the price point of $59.90 USD.

On the next page, we take a look at the Duel Modular Gaming Headset.