In recent years, we haven’t had a huge gaming focus in our CPU reviews, simply because we’ve had so much other testing to take care of, some of which isn’t tackled many other places (if anywhere else on a regular basis). But, with such a massive focus on gaming with CPUs lately, we had to renew our focus, and thus, we have four games and a couple of synthetic benchmarks on-hand to help. 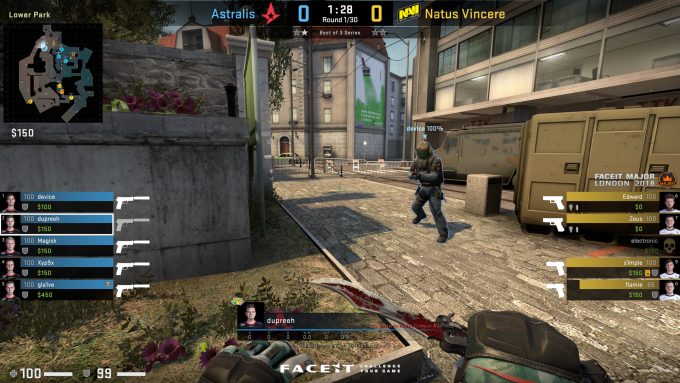 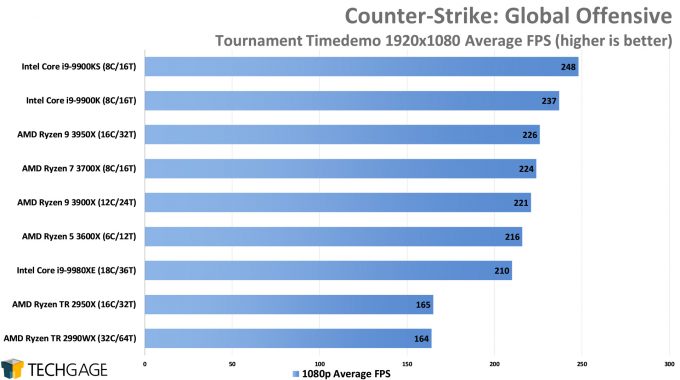 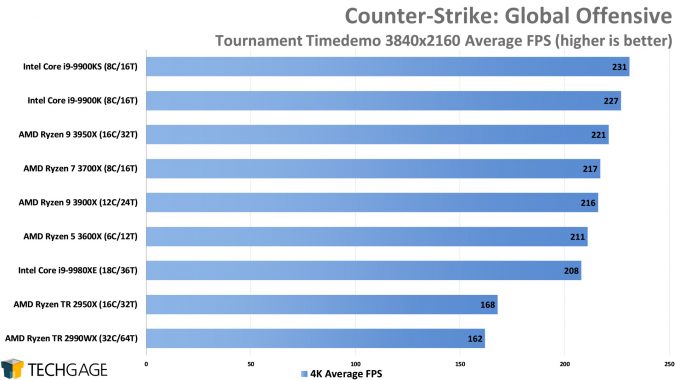 Judging on Intel’s 9900K and KS topping these charts, we can assume that CS: GO loves clock speeds quite a bit, and conversely isn’t a fan of Threadripper designs. Throughout this entire review, we’ve seen constant reminders of why we want to test third-gen Threadripper to see what improves, and this game is a perfect case for it. The 3950X performs great overall; it’s miles ahead of the 2950X. 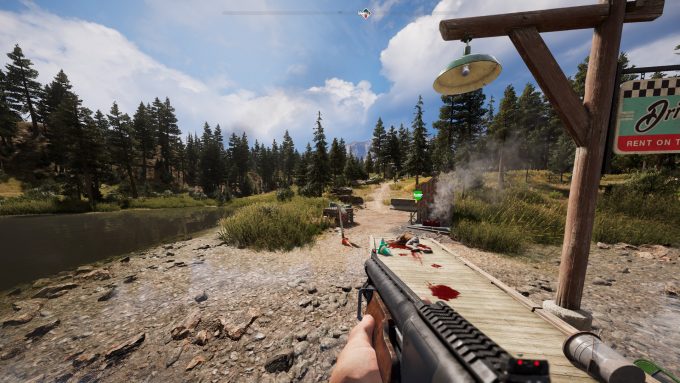 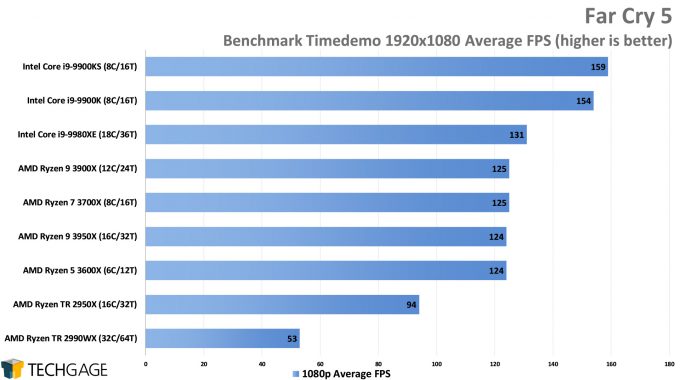 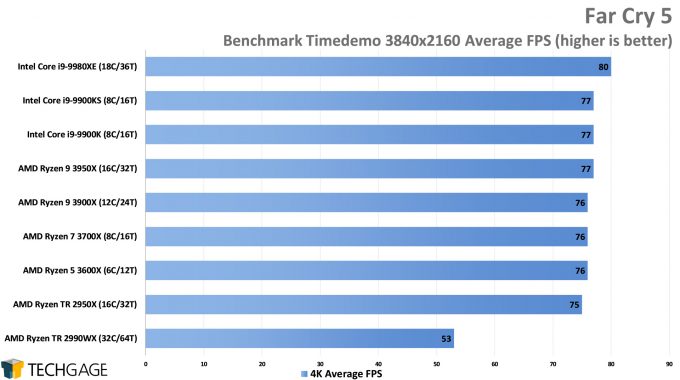 We’re seeing the poor performance delivered with Threadripper carry over to Far Cry 5. Admittedly, the 2950X would likely improve if Game Mode was used, but there is only so much time in the day to test everything. We’re not sure why the 9980XE managed a sudden burst to dominate the 4K timedemo, and while it was consistent at the time, it’s not a result we’ve been able to sanity check due to even more benchmarking that’s going on.

Nonetheless, Intel enjoys some seriously strong performance at 1080p here, especially the 5GHz clocked 9900K/KS. At 4K, all of the CPUs deliver similar performance, except for the 2990WX, which trips over itself. 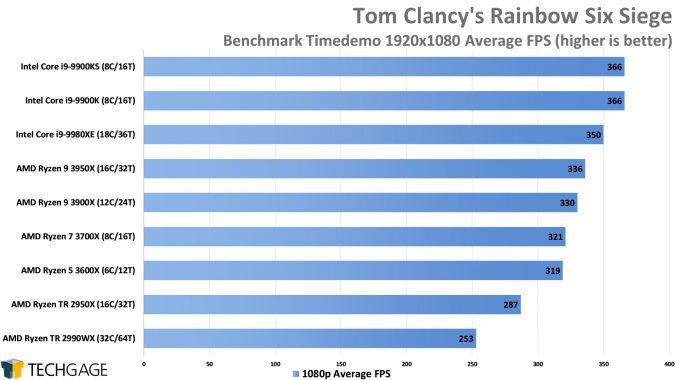 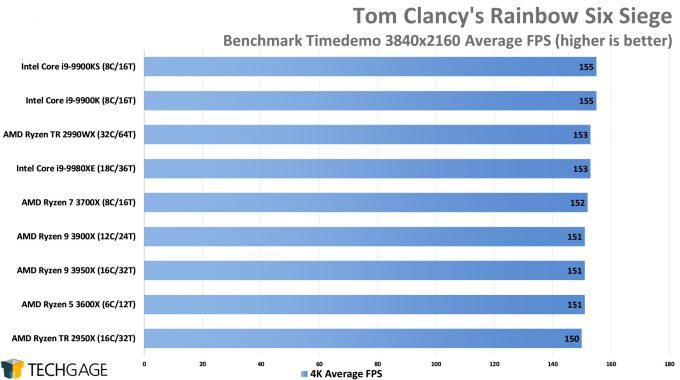 At 4K, there’s a mere 5 FPS delta between the top and bottom, and when we’re dealing with ~150 FPS total, that’s pretty impressive. At lower resolutions, Intel continues to outperform AMD overall, even on the 9980XE (which we’ve seen before). 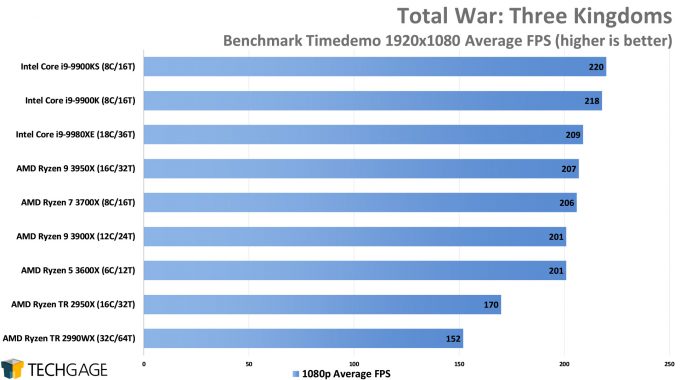 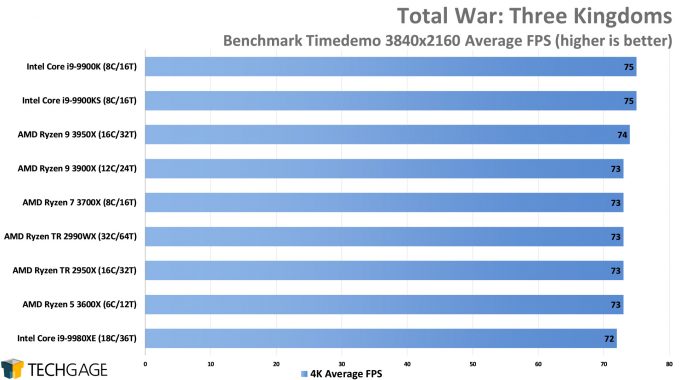 Since we posted our last CPU review, of Intel’s 9900KS, we added Three Kingdoms in, in hopes that it might show some interesting scaling. We also use the same game in our gaming GPU test suite, and certainly see nice scaling there. Well, at 4K, the scaling is almost non-existent, but Intel’s 9900K CPUs manage to still take the lead. At 1080p, the framerates vary a fair bit, but with the only real detriment being to AMD’s Threadripper CPUs. 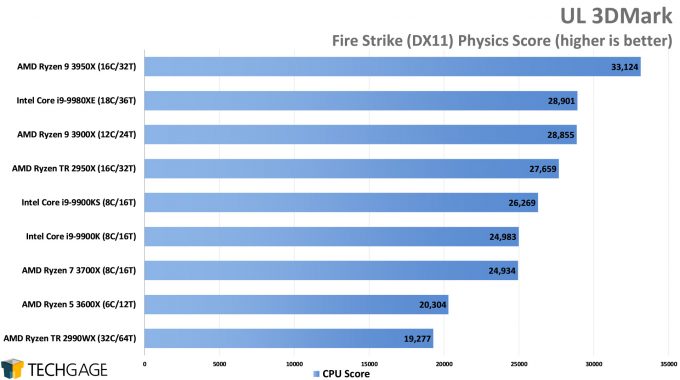 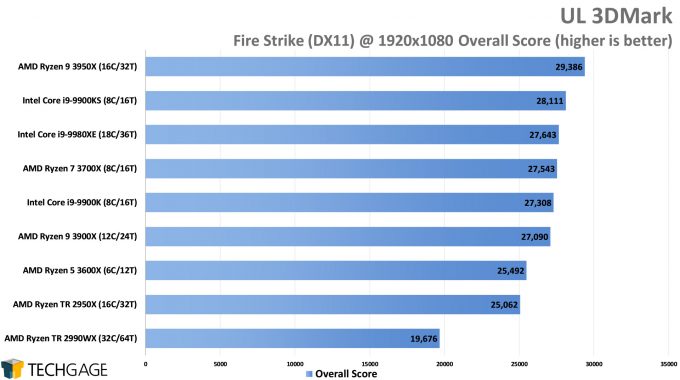 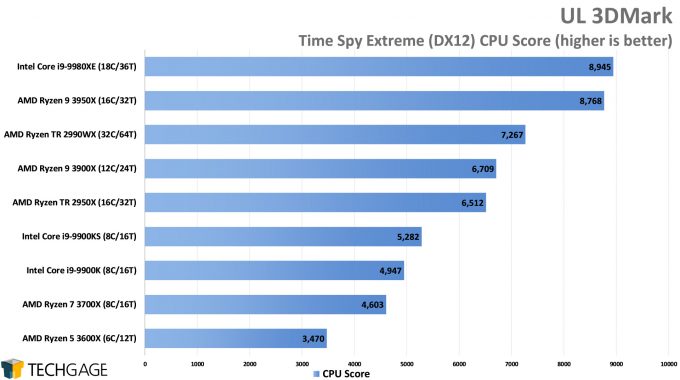 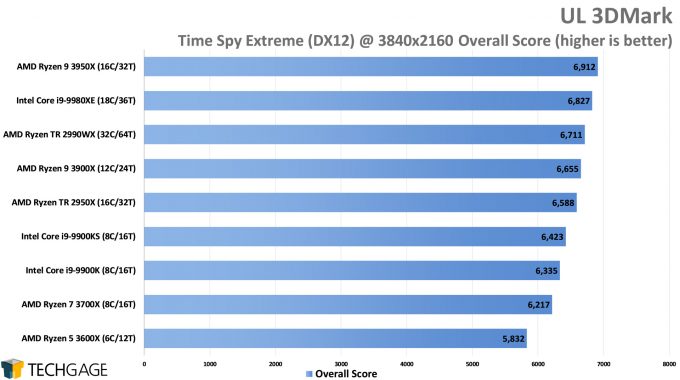 To wrap our entire collection of results up, we enlist the help of 3DMark. Like most workloads in general, 3DMark’s various tests can behave quite differently on CPU to CPU or GPU to GPU. In the DirectX 11 Fire Strike test, the 3950X leads the pack by a massive margin. Shift to the DirectX 12 Time Spy, though, and the 3950X is seen trailing the 9980XE, albeit not to as striking a degree.