Being that 2011 is right around the corner, “3DMark 11” seems like an appropriate name, but there’s another reason it’s so fitting: DirectX 11. For all DX 9 and DX 10 testing, Futuremark stresses that 3DMark 06 and 3DMark Vantage, respectively, are the go-to solutions. GPUs that don’t feature DX 11 support cannot function with 3DMark 11.

As expected, some of the tests employ tessellation techniques, in addition to compute shaders and multi-threading capabilities enabled by DirectX 11. In addition, there’s heavy use of volumetric lighting, depth of field, post-processing and of course, physics.

Unlike Vantage, 3DMark 11 does not utilize NVIDIA’s PhysX SDK for testing the physics capabilities of a GPU, but rather uses the open-source Bullet engine. This being the case, NVIDIA won’t have such a major advantage with the CPU score here as it did with Vantage, making the playing field a bit more fair.

Instead of re-hashing what Futuremark explains perfectly, here is a run-down of the six tests that 3DMark 11 offers:

Graphics Test 1: This test features lots of light sources with many casting shadows in the scene. Volumetric lighting illuminates the cloudy water. Post processing is used for various camera lens effects. There is no tessellation in this test.

Graphics Test 3: This test features tessellation on the pillars, statues and some of the vegetation. Volumetric lighting from the sun casts shadows on the plane. Post processing adds depth of field and other lens effects.

Graphics Test 4: This test features tessellation on the pillars, statues and some of the vegetation. There is volumetric lighting and multiple light sources with several casting shadows. Post processing adds various camera lens effects.

Physics Test: This test focuses on CPU performance by simulating rigid body physics with a large number of objects. This test runs at a fixed screen resolution for all presets. There is no post-processing, volumetric lighting or tessellation.

It’s clear that Futuremark believes tessellation is important, so it’s not just AMD and NVIDIA stating it. Equally important are lens effects and other post-processing techniques. Physics are also important, but don’t seem to be weighed quite as heavily into the final score as the other sub-tests.

Here are some screenshots from the tests: 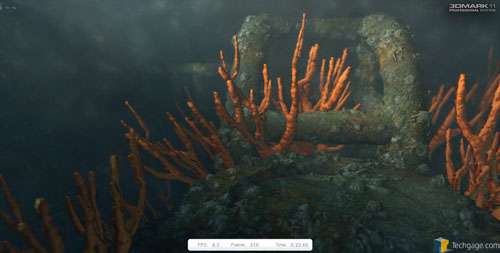 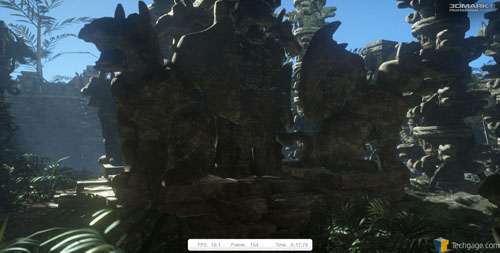 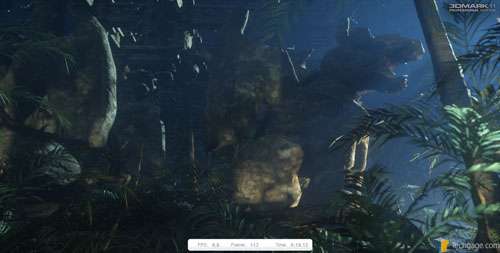 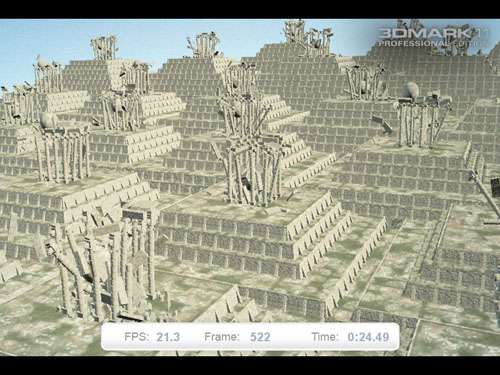 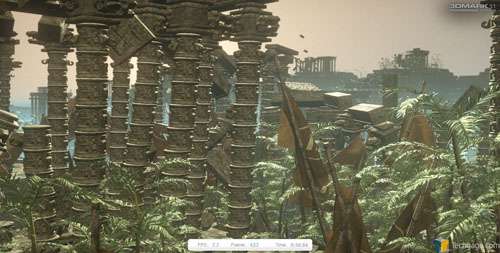 Time to tackle the benchmark results!