Ever have to test out a Fan or HDD to see if they power up or not? Well, it can be a pain to open up your computer to get at the connections to do so. AC Ryan has made this exact problem much easier with their Backy. Read the review to find out more.


This is not so much about Performance, because there are no performance issues at all, really. It does exactly what it it’s supposed to do, and that’s power your devices! As noted on the AC Ryan site, they mention that the Backy is a good way to test Hard Drives, and Fans. That’s exactly what I tested. 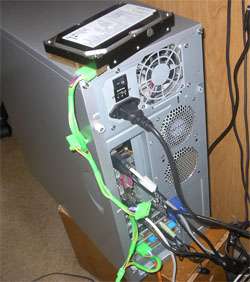 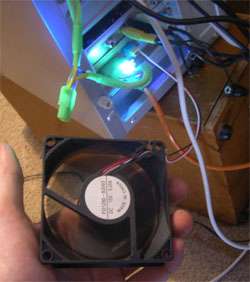 I quickly realized, that in order to test a HDD or CD-Rom drive, you will need a Molex connector cable with at least one Male and Female end. So if you don’t have a spare cable like this lying around, you will want to get one, else this may defeat the purpose!

It did exactly as proposed though, and worked great. Plugging a connecter into the Backy is just like plugging a normal plug into a wall. It works immediately. Next up, was a 120mm Fan I had lying around. It also worked perfectly. I of course, poked my fingers into the fan while it was running, [never by accident], just to re-assure myself that it was indeed working.

When I first heard of the Backy, I admit, I was skeptical. “What in the world would people use this for?” Once I got a hold of one though, I realized how useful and practical the Backy really is. It’s comes in at a great price, and has many different variations. It’s well manufactured, and works perfectly. If you are a hobbyist modder, or even someone who just fixes computers all the time, I highly recommend the Backy.

Thanks to Mike at AC Ryan for allowing us to review the Backy. You can expect to see more AC Ryan reviews on the site in the near future, so stay tuned!