If you’ve spent much time behind the lens of a digital camera, be it your point & shoot or a full-frame SLR, odds are that you have quite a lot of pictures. If you’re anything like me, where photography steps away from “dude with a camera” and turns into a very expensive and passionate hobby, then you probably have even more pictures. You are then cursed with the task of organizing, labeling, sorting, deciding which ones get edited, printing, emailing or Web-hosting them for family, friends or even potential clients.

This is where I welcome you to the often-neglected level of pro-sumer. The avid hobbyist who knows nearly as much (if not more) than a professional photog, but does it as his passion instead of his living. The issue with being the pro-sumer is that you know enough to want (or even need) the BIG toys, but have the limited budget of a hobby that doesn’t pay for itself. I feel your pain – I’m in the same boat.

The most stark difference between pro-sumer and professional is often seen in workflow. After all, lenses and bodies are the same no matter who buys them. We all use the same tools to get the image into the camera – it’s what happens afterwards that sets each group apart. Professionals either do a few quick edits or even (occasionally) get the luxury of simply handing off the shots to a team that does it all for them. 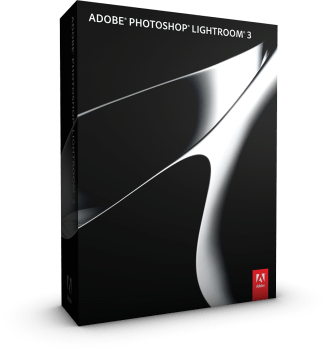 The ones who do it themselves MUST get their workflows down to a science, because time is money and wasting a lot of it on post-process doesn’t get you anywhere. Pro-sumers, on the other hand, often have a slow, plodding workflow that makes it hard to compare shots or do real edits. Much of the time is spent simply getting the pictures off of the camera and trying to choose keepers from those that should be tossed in the digital trash can.

Much of the software used today that caters to professionals has been distilled down (and made affordable) to the pro-sumer level. For instance, Adobe has released Photoshop Elements (which we’ll look at as a tool for the digital darkroom versus its very expensive big brother) for well under $100 USD. But one area hasn’t really moved – the actual “workflow” bridge that simulates a light table and loupe.

The software in this category can be very expensive, and for most people (even professionals) it drops to one of three choices – Adobe Photoshop Lightroom at a hefty $299.95, Bibble 5 Pro for $199.95, or Apple Aperture at $199.95. If you are a Windows user, your decision just got simpler – Aperture is not available for Windows, and Photoshop Elements is (making much of what makes Bibble so great turn into redundant and clunky).

Adobe recently released its third version of Lightroom, which promised a bunch of tweaks and updates (though few new features) over its very loved predecessor. Today, we’ll look at this – but instead of from a simple feature list, we’re going to look at it from a usability standpoint for those of you who may not familiar with (but really need) a photographic workflow. After all, if you’re going to drop $300, you don’t just want to know what’s new – you want to know what it will do for you.

Page List
Top
1. Introduction
2. The RAW Workflow, Explained
3. Organizing Your Shoot
4. Developing Your Masterpiece
5. Getting it Out There; Performance Notes
6. Final Thoughts
Forward >>