by Greg King on February 22, 2007 in Editorials & Interviews

It’s been over nine months since we’ve last taken a hard look at what AGEIAs been up to, but we are about to catch up. We are looking into what they’ve been up to and also what’s on slate for the coming year.

As previously mentioned, Ageia was showing off a few games that make use of the PhysX card. The first game up was Stoked Rider: Alaska Alien. Stoked Rider is a snowboarding game and is produced by the guys at Bongfish Interactive. Such an appropriate name for a snowboarding game, by the way. In the game, you pretty much have free roam of a mountain. As you board down the hill, you realistically interact with the snow. As you carve, you knock loose snow just above and below your character. This falling snow then pushes the snow below it and so on and so forth. This avalanche effect is driven by the PhysX card. While not a game that I personally enjoyed playing, it does show the potential that PhysX has in games like Stoked Rider. In the following pictures, we see not only Manu Hedge’s personal domination of this game, but also the amount of particles being shown on the screen and how toggling PhysX hardware on and off affects the frame rate of the game.

You can clearly see that with half the particle count, the frame rate still is half what it was with PhysX acceleration enabled, even with twice the particles to account for. While not a particularly enjoyable game for me, it does show the benefits of using the PhysX card and even though the snow doesn’t look exactly real, at all, it does interact with the other particles and there is clearly an avalanche effect to the slopes.

Bet on Soldier: Black out Saigon.

This is a series that has used the PhysX card before. In Black out Saigon, the game takes advantage of the cloth properties that the card has to offer. If anyone has seen the video of the first Cell Factor demo from the GDC, the one thing that blew people away was when the character in the game used their psi-powers to pick up one of the large pipes and hurl it towards, and through the large cloth banner hanging in the stage. Also shown was a machine gun sawing though the same cloth and with each swipe of the gun, the cloth fell and bent realistically, just as one would expect it to in real life. In BoS: Black out Saigon, plant life interacts with gunfire, as well as movement just as the cloth does in Cell Factor.

The stage that takes advantage of this the most is an outdoor area, much like the areas in Far Cry, where you run and gun through thick vegetation. As you make your way though, the plants move, sway and break as you run, walk, crawl and shoot your way through it. At this time, I do not have any screens of this game, but as soon as I get my copy of the game working, I will post pictures and videos of the in game action in our forums.

Another title that we saw, and this is the biggie, was Cell Factor. We all remember when we first saw the original demo. Ageia was proud of it and we were certainly blown away with what we saw of it at the GDC. The ability to manipulate everything on the screen, and even destroy it, was incredible. Over time though, this became old. You could do multiplayer with the demo but still, there was only one arena and it got old. We are proud to say that Cell Factor is nearing completion, at least nearer than it was when we last spoke about it and there are many more levels and arenas.

As more news comes out about this game, rest assured that we will bring you everything. The following pictures are taken from the latest build of Cell Factor. Notice the three different types of characters, as well as the pictures where the character is pushing the fire. While I have not been a big fan of the way PhysX represents liquids, I will admit, the ability to push the molten metal around in the air does add quite a bit of strategy to the game.

Finally, we get to Warmonger. This is a first person shooter based in what appears to be an apocalyptic setting. We don’t know all that much about the game but we did see a bit of it at CES and we do have some screens to share with you now. Just like Cell Factor, when more news is released about Warmonger, we guarantee that we will bring it to you as soon as we can. 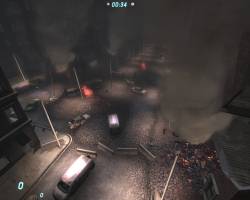 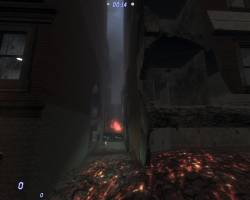 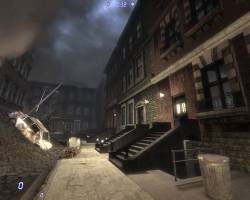 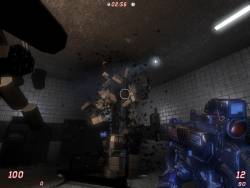 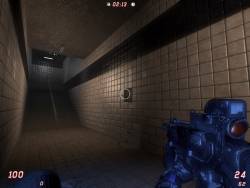 I know I completely ripped off Mr. Lucas with that line, but I feel it aptly describes our feelings about Ageia now. I think that the stakes in 2007 are far higher than they were last year. It’s been a year since we first laid our collective eyes on what we were told was the future of gaming. While a lot of that first meeting was pure marketing, one couldn’t help but be excited. The truth is, Ageia is a company that I truly want to see succeed. They brought a completely revolutionary product to market last year and managed to hard launch that product, making it immediately available to OEMs first, followed by end users shortly afterwards.

As we say all this, we want this to succeed for so many reasons. We have met with Ageia, top to bottom, and they are the most humble, down to earth people you could ever want to meet. One of them is even a fellow Hoosier. This is where we wish them all the personal luck in the world. From a journalistic standpoint, we want to see this work out because of the bottled up potential that PhysX has in it.
I am honest when I say that Ageia has a potential winner on their hands. This isn’t new to anyone. We are not the only ones that feel this way about them. The addition of dedicated physics processors into the gaming world can be huge, but only if more big name developers start programming games from the ground up. No more patches. There comes a time when something has to happen.

For Ageia, this is their year. We have seen the games that are in the works. Warmonger could be good. UT3 will be huge regardless of what technologies they use but if they make good use of the PhysX capabilities, it could be the feather in Ageia’s cap they have so desperately needed.