by Greg King on March 28, 2006 in Editorials & Interviews, Graphics & Displays


The PhysX SDK was made specifically for the game developers so the can take full advantage of the power of the PhysX PPU and is given away at no cost to the developers. The SDK is both a powerful physics engine as well as an API (Application programming interface.) At no charge to the developer, AGEIA is hoping to gain strong support from game developers that want to utilize the provided software in order to take full advantage of all that the PPU is capable of. There are a few main points that AGEIA provided us with and they are:

That is what AGEIA had to say about their SDK. I am personally excited to see the deal with Sony happen because it can only make the games better. I am also glad to see that the SDK is useable for development of Xbox 360 games as well. 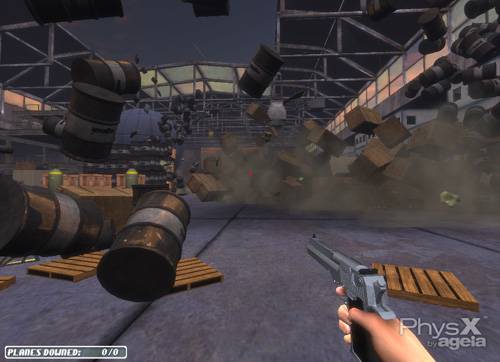 Now that we have the hardware and software specs out of the way, I would like to shift attention to the third party support that AGEIA has drummed up for the PhysX PPU.

AGEIA has done the work and sold the premise of a stand-alone physic chip well. They have support all the way up and down the industry ladder and this only seems to be a starting point. They have strong support from developers in all genres of games. Here is a list of a few developers who support and code for the PhysX PPU:

From the short list above, you can see that there are some heavy hitters in the group. Unreal Tournament 2007 will be a huge title regardless of PPU support but the fact that they are confident enough in what AGEIA is doing, speaks volumes for where game physics is going. I am personally looking forward to Rise of Nations: Rise of Legends. I am a huge RTS fan and to think that there could be 1000 units on the screen and the all act separate of one another and act differently to individual shots is a cool idea.

This is indeed a gaming revolution and while I am extremely optimistic of where this could take the industry, it is not without uncertainty. There are a few drawbacks to the approach that AGEIA has taken. One is that AGEIA does not have the deep pockets of ATI and NVIDIA. These two companies can push the hell out of their technology and make life difficult on AGEIA. The fact that owners of these two companies cards can take advantage of game physics is something that could hurt AGEIA but there are two sides to every coin and this is not any different. 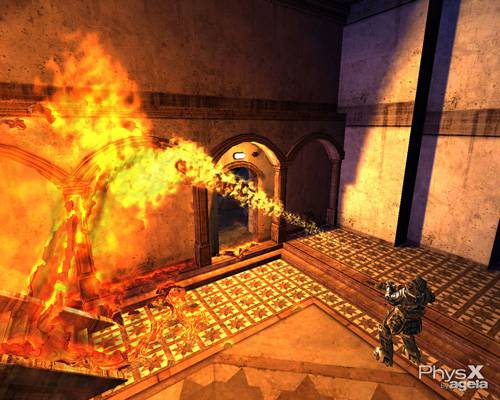 In talking to game developers at the GDC, they like the idea of working with a stand-alone card in the sense that it will leave the entire GPU to them to use to render their games. There is also price. I was told by AGEIA that they are looking at a $299 price point for retail. Now there is still a month and a half until we can get these cards in our hands from e-tailer’s so that price could fluctuate but we might as well set our minds on paying $299 if we want the latest and greatest hardware. This, if you think about all that this card could provide, is a relatively small price to pay for cutting edge technology.

These are truly exciting times in the gaming community and while there is all this excitement, can I ultimately recommend this to our readers? Yes and no. I am more curious now to see how many more developers jump on board and build their games with the AGEIA PPU in mind. I would also like to see more of NVIDIA and ATI’s physics approach and how it effects overall performance in ways that the AGEIA PPU might or might not. These are all concerns of mine when weighing the pros and cons of recommending a $300 to our readers. 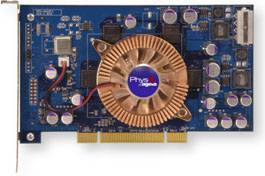 When it comes does to it, if you have the money, pick this card up. The writing is on the wall. Advanced in-game physics is here to stay. I would certainly not hesitate to recommend waiting a couple months, perhaps into June or July to pick one of these cards up. One reason is to see whom all else decides to support AGEIA and another is that the pricing might fall. More than likely you will be S.O.L. if you think the pricing will drop in a 2-month time but crazier things have happened. When May comes around, and stores start stocking the AGEIA cards from BFG and ASUS, check with us as we will be one of the first to bring you an in depth review and deep analysis of the AGEIA PhysX PPU.

If you would like to see some of the PhysX action in a game, feel free to download a great example here (Right click, save as. 95MB). It shows in great detail the potential of the card and physics in general. In case you wanta bigger taste, you can grab more example screenshots like this over at AGEIA.