Altec Lansing grabbed some attention at the 2007 CES with their PT7031 and PT8051 ‘Powered Theater’ speakers, which created a virtual surround sound field around the listener. Their new FX3020 SoundBar features a similar concept – but does it deliver?


Altec Lansing touts the FX3020 SoundBar as providing a quick, easy way to an ‘Immersive Audio’ experience â€“ thanks to its one-piece design and simple controls. In this section, we’ll check out the two main selling points of the SoundBar: sound quality and simplicity. 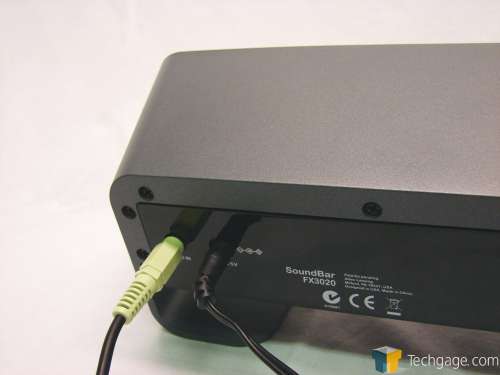 Despite my own uncanny ability to make simplicity itself seem complicated, the FX3020 SoundBar is almost insultingly easy to set up. I defy even the most anxious technophobe to screw this one up â€“ it’s virtually impossible, especially with the pictorial instructions that Altec Lansing provided. It’s so easy, your mom could do it.

My Gateway FPD1975W monitor doesn’t feature a tilt/elevation stand, so there wasn’t enough clearance between it and the desk to tuck the SoundBar underneath. The good news is, it didn’t look particularly out of place sitting in front of the monitor.

It’s a good thing the Altec FX3020 SoundBar has so much going for it already, because I found the sound of the unit acceptable at best, and mediocre at worst. The contribution of SFX processing to a wide sound field is noticeable, but the novelty of this effect is offset by the SoundBar’s very compressed sound in general, which could sound nasal and midrangey at times.

Through the upper bass region, the SoundBar provided a full, ‘warm’ sound, but I got very little deep bass from the SoundBar. The XdB bass enhancement processing seemed to serve only to add warmth to the midbass — it couldn’t make up for the speaker’s limited bass extension. By no means do I intend to convey that the FX3020 sounded ‘bad’, just… unimpressive. 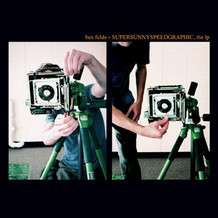 I used Ben Folds’ Supersunnyspeedgraphic album to test the SoundBar with music. This album offers a variety of dynamic contrasts and musical textures. The SoundBar delivered most of the nuances of Ben’s piano, as well as the dulcimer in “Songs of Love” and the string orchestration in “Learn To Live With What You Are”.

As promised, the SoundBar did seem to project a greater sense of spaciousness in the sound, with remarkably precise localization of instruments within that sound field. However, I felt like some of the essential detail was being lost, despite the ‘zingy’ upper midrange and treble of the SoundBar, and the overall performance seemed to lack in impact. 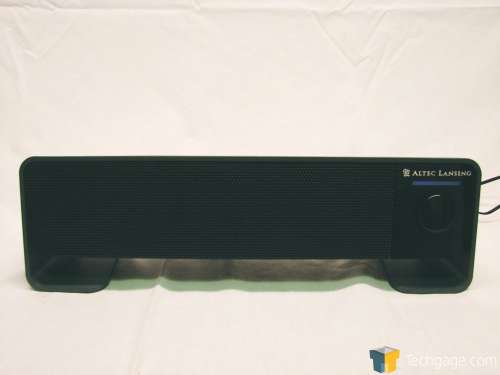 At higher volumes, distortion began to creep into the SoundBar’s output, and overall I found its dynamic range to be very limited. Altec Lansing doesn’t publish a power rating for the SoundBar’s amplifier, but based on some simple calculations the maximum RMS power the SoundBar can deliver to its speakers is somewhere on the order of 12.5 watts (6.25W per channel), and the actual number is likely far lower than that, probably between 3 and 5 watts per channel. The SoundBar won’t rock the house, but it does seem to play loud enough to fill a room.

To be sure, Altec’s new SoundBar is an intriguing concept in desktop audio â€“ a system that simulates a much wider sound field using DSP algorithms, yet is compact enough to be tucked neatly away beneath a flat panel display. Aesthetically, the FX3020 SoundBar is nicely executed, and it couldn’t be simpler to set up and use. It’s a true minimalist’s dream. 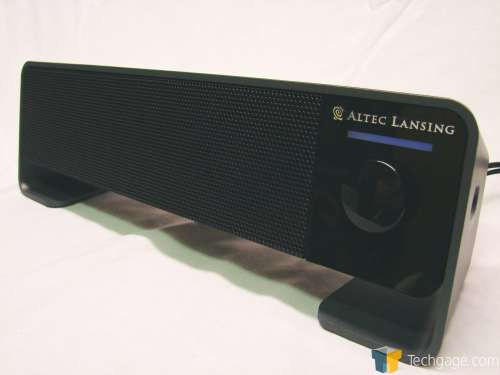 However, it’s tough to be particularly complimentary to the FX3020’s sound, which falls short of what I feel I should expect from a system costing $99. I felt like I should be expecting a richer, more dynamic audio experience for that price â€“ yet the FX3020 is let down by its small amplifier, which launches into a paroxysm of clipping and distortion when it’s truly ‘cranked’.

Neither the SoundBar’s XdB bass enhancement technology nor its tuned ‘passive radiator’ design were able to help it deliver a satisfying level of deep bass output. The SoundBar did deliver reasonably well on its promise to project a virtual ‘wide’ stereo soundfield, however, and reasonably good sound quality.

I admire what Altec Lansing is trying to do, and I can think of several applications where I’d love to have a product like the SoundBar. It’s got definite appeal for those who prefer a minimalist setup.

I simply think there’s still a good deal of room for improvement on the concept. In the end, I award the FX3020 SoundBar a Techgage score of 7/10, though I can’t escape the suspicion that the type of people who’ll really dig the SoundBar aren’t the type who read these reviews.