Altec Lansing recently announced two new speaker systems, and we are taking a look at the smaller of the two. The FX4021 is a 2.1 system that promises high-end sound in a compact, and stylish package.


If you don’t fancy that control, then you are in luck because there is also a remote included. I have found myself to actually prefer this, as you can control it from anywhere in the room. If you wish to use the remote, you still need to have the standard control connected to the speakers, as it’s the actual base. It has an IR receiver which is how the remote connects. 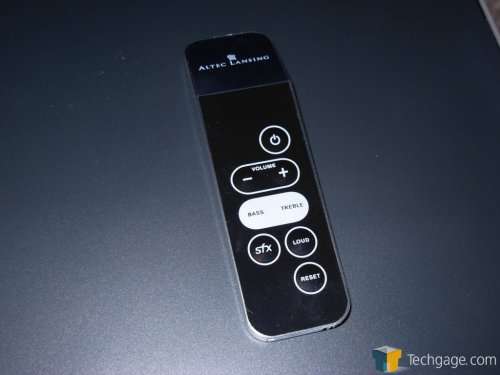 The two satellite speakers look great. Not much can be said that isn’t explained simply by looking at the picture. Each one of the speakers includes a 40mm mid-range and 18mm high-end tweeter. If you plan to keep these on your desk, then cord routing is simple thanks to a notch underneath each one of the bases. That way, the speaker will not be actually standing on the cord. While some speakers have a cord directly coming out of the back, these have it coming from underneath. This keeps it more hidden to an extent. 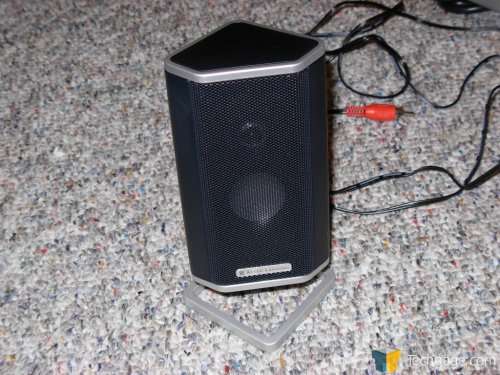 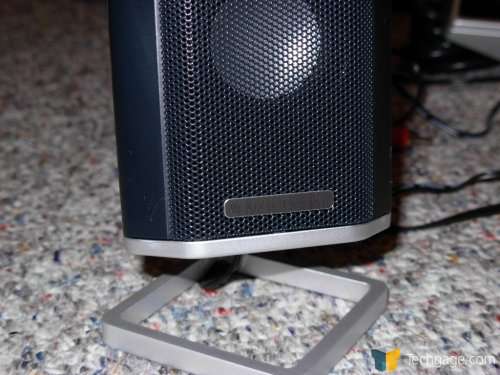 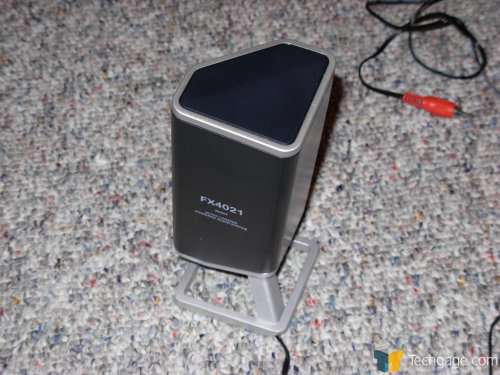 Here is the beefy subwoofer! As mentioned earlier, this is large due to it’s dual driver design. While many woofers will direct sound straight towards you, the FX4021’s directs it up and down. Altec Lansing notes that due to the “isobaric” woofer design, the bass output is deeper than that of a woofer twice it’s size. 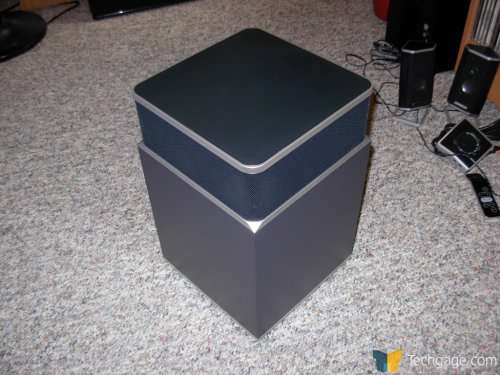 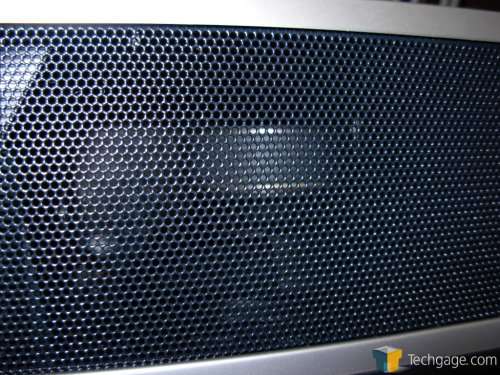 As you can see, the top of the woofer is surrounded with a honeycomb mesh, which allows sound to circulate. If you look close inside, you can see the top driver. The bottom fo the woofer is completely solid though, with no opening. I think the best way to describe the woofer is to include the image they use to explain it: 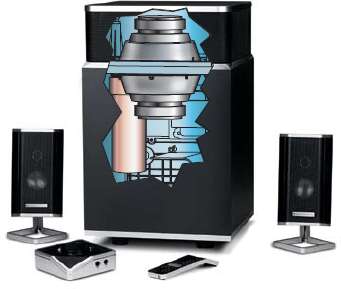 There are four large feet at the woofers base, which keep it about half an inch off of the ground. 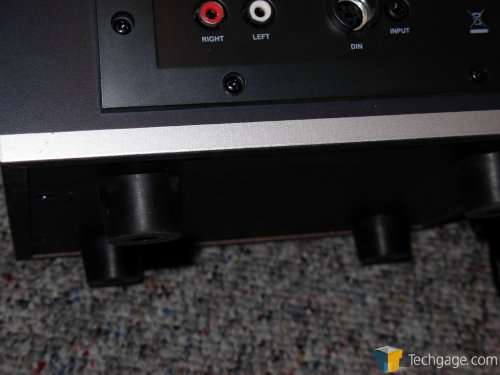 On the back you will find the red/white audio jacks, the control port and also the input port which will connect to your computer. There is a power cord here also, but it is non-removable. 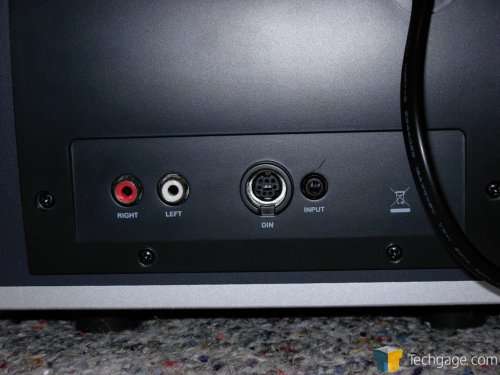 This is a good looking setup overall. The woofer is certainly unique looking, but it’s the performance that matters.