Altec Lansing recently announced two new speaker systems, and we are taking a look at the smaller of the two. The FX4021 is a 2.1 system that promises high-end sound in a compact, and stylish package.

Not much can be said about the installation process, except that it was easy. Could it be anything but, really? 5.1 systems require more cords to be used, but that’s not a problem here. The most difficult part would be finding a spot for the satellites and woofer :-)

While these speakers are designed for use with the PC, that’s by far their only possible implementation. If you have an MP3 player, you can plug the computer cable straight into it, instead of the PC. Or if you have a video game system, you can purchase a converter that would take the red/white cables and output it into a single standard audio jack.

To test out the FX4021, I used the on-board 7.1 audio card that is included with the DFI SLI M2R/G motherboard. The card chipset is that of Realtek ALC885… one of the best I’ve come across so far, especially when it comes to on-board audio.

I will be using three different scenarios… music, movies and of course gaming.

For music testing, I used the original CD in both instances due to lack of ripped CD’s on the PC at the time. The first track I tested with was “Late Night Alumni – Empty Streets” from DJ Tiestos album “In Search of Sunrise 5 – Los Angeles”. This is one of my favorite tracks off the CD, simply because it’s a great song. It includes a lot of bass as is expected of Tiesto though, so it’s perfectly suited for testing.

The sound at first was good overall, but nothing incredible. The bass and treble were low, and the sound just didn’t jump out at me. Then I clued into the remote and started toying around with various settings. I believe the reason the sound is “dull” with default settings is to maintain an easy listening level. Because the bass is rather low, it will not be headache inducing or irritating to other people in the household.

That said, hitting the “Loud” button the remote fixed a lot. The bass was now much deeper, and I have to admit I was quite impressed with the result. The result was a deep bass that was very easy to deal with. It was clearly there, but not overbearing. Overall it proved to be an easy listening experience that wasn’t dampened down in any way. 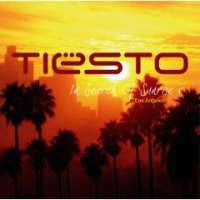 The “Loud” button is really the only one I found an ounce of use for. I listened to many various songs off this album and repeatedly listened with and without the bass and treble being enabled, and noticed an extreme minute difference. One that you’d clearly have to be intently paying attention to catch. The “Loud” button made up for all that though. When that’s pushed, it increases the bass and treble and produces a very rich sound. Oddly enough, the SFX button also proved useful, but it seemed to affect the treble and overall tones of the song more than the actual treble button did.

Next up was “Sinister Rouge” off Bad Religions “The Empire Strikes First” album. This is a rather fast punk song that has heavy use of guitar and drums. Greg Graffins voice is very prominent in the song in order to get the point across (as with most BR tracks in general).

Once again, the music seemed rather held back with the default speaker settings. Really, nothing can be said about this CD that wasn’t already mentioned about the Tiesto disc. The same symptoms and remedies were displayed here. There is absolutely no doubt though, that “Loud” must be enabled in order to enjoy your music to it’s fullest. Without it, you may as well be listening wit a sub $30 2.1 set instead.

Laugh all you want about my two choices, but both are prime testing subjects for various reasons. In 8 Mile, one of the best scenes for testing is “The Final Battle”, which throws B Rabbit against a Free World member. The scene takes place in a very echoey basement, so this results in voices bouncing off the walls. Since it’s a freestyle rap session, the voices must be crisp in order to understand what they are saying.

Again, Loud needed to be enabled for good sound, and overall the set delivered. Here, the SFX came in handy. Enabled, the voices of the freestylers was far more real. Without SFX enabled, the voices were about the same overall volume as the music, making it somewhat difficult to hear them as clear as you should. With SFX though, the problem almost completely went away.

Any movie that features high-powered muscle cars are perfectly suited for audio testing for the obvious reasons. I used the scene where Nick Cage escapes with Eleanor, the 1967 Shelby Mustang GT 500.

The sound here was equally good. This is a movie that should be enjoyed at a nice loud volume, and the speakers were able to handle them well. The scenes with a car revving up were probably the best in the movie, because it would result in rumbling of the floor, thanks to the beefy woofer.

Even though Half-Life 2 has been out for over two years, it’s a hardcore classic. That said, I can’t avoid it with any of my testing, regardless of whether it’s audio, a keyboard or video card. To test, I loaded up map d1_canals_07. This is a great level because it has a lot to offer for both audio and graphics testing. There is plenty of water, explosions, Combine speech and baddies to kill off. There’s even a hover ship, which is particularly good for testing sound.

The “Loud” button made a big difference here, as expected. However, after various tests, I found the “SFX” button to be nearly as important as the “Loud”. My test was simple… shoot a round from the shotgun into the water. With the SFX on, the echo was much more realistic, while without it was very dull. So in a sense, the game seems more “alive” with both the Loud and SFX enabled.

The directional sound was subpar, but evident. When I fired a grenade to the far right side of the player, the sound blast was much more clear out of the right speaker, while it was subtle in the left. I was impressed by the crisp sound of the explosions in the game. In this level specifically, there is a barrel you can blow up which results in two Combine getting squashed and also a few subsequent blasts. This particular part sounded -so- good, that I had to reload the level and replay it. 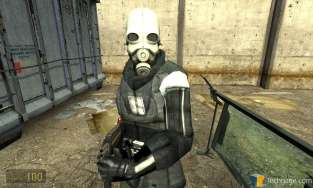 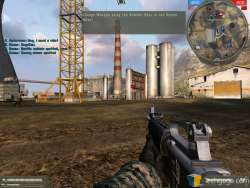 Battlefield II is another game that doesn’t really need an introduction. I personally have never played this one online, but it’s a great game for benchmarking audio or graphics. Especially graphics, seeing as this game is a complete system hog. I loaded up Dalian Plant and had a go.

This is one instance when I didn’t even bother with must testing without the Loud factor being enabled. There is just such a clear difference. Regardless, as I was playing I was toggling the SFX button many times, and with it on made a big difference. With SFX enabled, the voices are much more clear, and seem louder than without. This is actually one feature you’d want to use often in games.

Overall, between the two games I have tested with, the FX4021 delivered. I found that between all three of our testing scenarios, gaming showed off well what the speakers are made of.

With all the FX4021 has to offer, I recommend it to anyone looking for a quality 2.1 set. The SRP is $129.99US, but I expect to see it closer to $100 once it becomes available. I have been unable to locate this exact system on any of the e-tailers I frequent.

This is a well designed system though. As a whole, the woofer and satellites have similar wattages of other comparable sets on the market, so you will not be purchasing a less powerful system by any means. The unique woofer is another added factor that puts this system over the top. During the race scenes in Gone in Sixty Seconds, I actually felt the cars rumbling.

One setting definitely does not suit all applications though. Between music, movies and gaming, I found I had always needed to adjust the settings to get the best sound possible. This is not a bad thing though. It’s good to have customization options right in front of you, especially with the remote control.

As it stands, if you are looking for a great 2.1 sound system for your PC, you will not go wrong with the FX4021. It’s a quality set that’s well priced, despite it not being 5.1. But… that’s another option you may want to consider. Logitech just released an update to their X-530’s, the X-540 which are indeed 5.1 speakers that currently retail for $100. The power per satellite is not as great as the FX4021, but the 5 speakers should make up for that. It’s just something to take into consideration. You can stay tuned for a review of those speakers in the coming weeks.