Upon first setting up the PT6021 system, I connected it to my music-server PC, which uses the Napster subscription music service and stores the downloaded 192kbps WMA files locally on the hard drive. I recognize that Windows Media Audio isnâ€™t the worldâ€™s greatest format, but itâ€™s representative of what a significant portion of PC users may listen to. I listened to a wide variety of music, to get a general impression of what I was dealing with. Later, for more critical listening, I switched to CDs.

Overall, the PT6021 system was pleasant to listen to, with an energetic, somewhat forward presentation that favored the upper midrange and treble. With the tone controls set to their factory settings, the system was very close to â€œflatâ€ acoustically as well. The subwoofer was well-behaved, neither boomy nor overbearing (though a quick adjustment of the â€œbassâ€ tone control can fix that, if you like a strong low end.) Instead, the bass was musical and nicely extended, though I did notice a subtle hollowness through the upper bass region, perhaps owing to the subwooferâ€™s relatively high crossover frequency (in the neighborhood of 200 Hz).

Proper placement, I found, can improve the impact of the low end. Placing the subwoofer in a corner or up against a wall uses the roomâ€™s own acoustics to strengthen the bass output. I also heard a bit of â€œgritâ€ and slight sibilance in the treble range, as well, though it was free of the high-frequency â€œhissâ€ that some Mylar semi-dome tweeters can create. I was, however, surprised at how smoothly the satellite speakers conveyed the crucial midrange, without any obvious peaks in the frequency response. The satellite speakers threw a wide soundstage, with impressively precise stereo imaging of the recorded sound sources within the mix.

Upon initially firing up the system, I had to verify that my hi-fi main speakers (standing right behind the PT6021 satellites) were disconnected. Also noted was this systemâ€™s â€œcrankabilityâ€ without sounding distressed at high volumes. With the bass control maxed out, I could hear the subwooferâ€™s amplifier clipping, but this was at already stupid volume levels. Weâ€™ll see if this impacts movie performance. 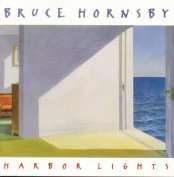 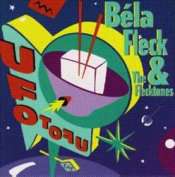 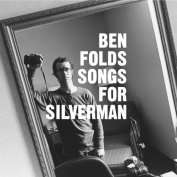 It was when I connected the PT6021 to my 5-disc CD changer that these speakers began to show me exactly what they were capable of. The first thing I noticed was improved transparency — The â€œgritâ€ I had perceived in the treble range with the WMA files was gone, and the overall sound became almost unbelievably open and clear. Bass was even more taut and gut-punching. Resolution is the name of the game here, with the PT6021â€™s satellite speakers showing excellent detail retrieval ability and even more focused imaging.

I was able to distinctly hear Bela Fleckâ€™s fingertips even as the actual banjo strings were barely being plucked, and percussion elements on the title track of Bruce Hornsbyâ€™s Harbor Lights seemed to hang in the air in front of me. Overall, I found the system much more pleasing to listen to when the source recording was of a high quality. If the track ever spent part of its life as a compressed file, youâ€™ll hear it through these speakers.

The lower midrange still sounded a tad recessed, though this was not enough to deprive Ben Foldsâ€™ voice of its characteristic warmth, or Hornsbyâ€™s piano of its fullness. The overall fidelity was impressive — I donâ€™t think that any of the PT6021â€™s sonic quirks are severe enough to prevent even a critical listener like myself from enjoying this system immensely. I think anyone interested in a highly-competent 2.1 system should give the PT6021 a listen, or its cousin the FX6021. From even an objective viewpoint, these speakers sound very good. 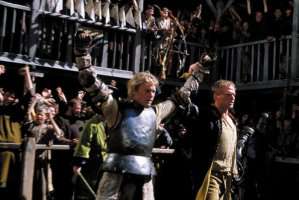 To test the systemâ€™s ability with a demanding motion picture soundtrack, I selected the Sony Pictures film A Knightâ€™s Tale. The film boasts a rich soundscape, with a plethora of well-recorded, if a bit embellished, sound effects. The PT6021 system didnâ€™t disappoint here, rendering the splintering of bone and wooden lances with satisfying impact, and frightening detail. Most remarkable, however, was the speakersâ€™ ability to create a huge soundstage, so wide it almost seemed to wrap around my head. I had to check the DVD playerâ€™s menu to verify that no pseudo-surround effects were enabled, because I heard sounds that I swore could have come from beside me.

I listened at 3/4 of the systemâ€™s maximum volume, but for the movieâ€™s finale, I decided to crank the system all the way up. The system held together well under the punishment, with the satellite speakers remaining crisp and the subwoofer retaining its authority, prompting me to adjust my listening position a few feet further away. Donâ€™t kid yourself, however â€“ the PT6021â€™s sub couldnâ€™t compete with my own powered subwoofer, and it sounded more muddy and limited in the lower registers, likely because of the 6.5â€ woofer reaching its limits.

At maximum volume, distortion in the subwoofer became more significant, and the satellite speakersâ€™ normally edgy sound took on a strident bite. In home theater applications, the PT6021 system offers customers a high-quality audio option thatâ€™s on a similar level with many HTiB systems in terms of performance, but several notches down in complexity, and is also more compact. It would be an excellent system for use in a bedroom home theater, or in other small rooms. When I finished the movie, that new-electronics smell once again filled the room just as it had when I first unpacked the system, though this will likely fade with time.

The control pod itself is quite simple to use. Its buttons for bass and treble adjustment select the adjustment to be made, and the actual adjustment is made via the large knob, with your change being reflected on the LED meter. Press the button of the active tone control again, and the control pod returns to volume mode. Or, simply let the pod sit for a few seconds, and it will do this automatically. One nit that I found to pick during the listening tests was with the LED meterâ€™s display of the position of the tone controls. The â€œcenterâ€ position of the selected tone control spans several â€œclicksâ€ on the rotary knob, so itâ€™s difficult to determine whether the tone controls are perfectly centered. I would prefer for the center LED to illuminate only when the tone control is perfectly centered. I expect that most users will simply decide to set these controls by ear, however.

Now, how about that universal remote? I was able to program the remote to control my RCA 5-disc changer CD player, my Sanyo DVD/VCR combo unit, my Toshiba television, and even some functions of my Harman/Kardon receiver. Of course, I found that it controlled the PT6021 system itself just fine. The remote control receives its own separate instruction guide, with plenty of codes for a variety of brands and types of electronic equipment. During the listening testing, the small credit card remote was also extremely convenient, though the same functions could have been controlled by the much larger universal remote.