We’re going to be tackling both video encoding and rendering performance on this page, and while that sounds like only two things, the reality is that there are a countless number of workloads available in each one, with loads of opportunity to see interesting scaling.

On the encoding front, we’re taking a look at both WebP2 image encoding (yes – that’s the successor to WebP, and not a typo), while Intel’s SVT video encoder is used to crunch some VP9. 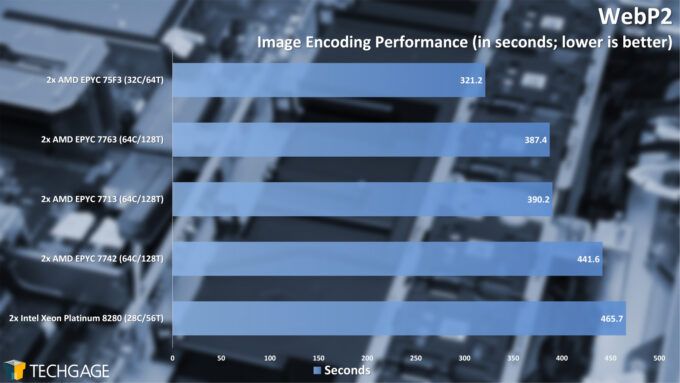 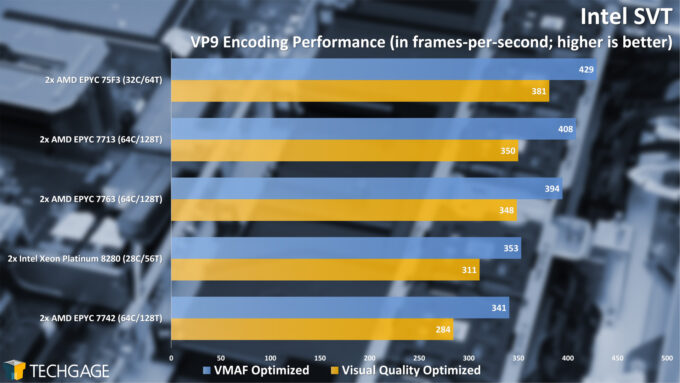 Encoding is a strange beast, especially for many-core chips. In order for so many cores to actually enjoy an improved encoding performance, the jobs need to be properly parallelized. This is a grand feat, and plays out a lot better with a solution like SVT than with consumer products.

Both of these video and image encoding graphs paint a similar picture. In these particular workloads, the faster clock speeds of the 75F3 32-core parts is enough to push themselves ahead of the dual 64-core parts. As usual, it always pays to understand your workload. While the 7713 sits ahead of the 7763 here, we chalk it up to normal benchmark variance. The SVT test is one where Intel’s last-gen 8280 managed to inch past the last-gen EPYC 7742. 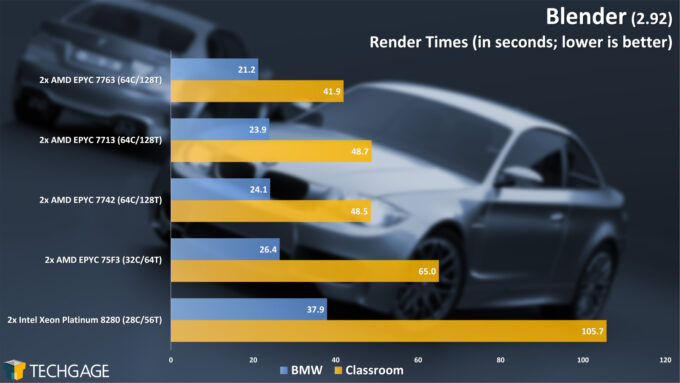 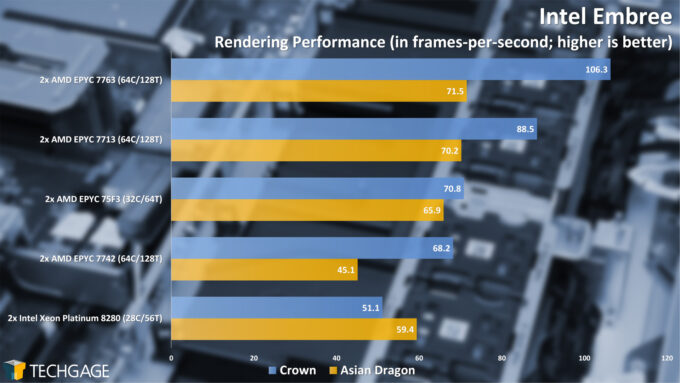 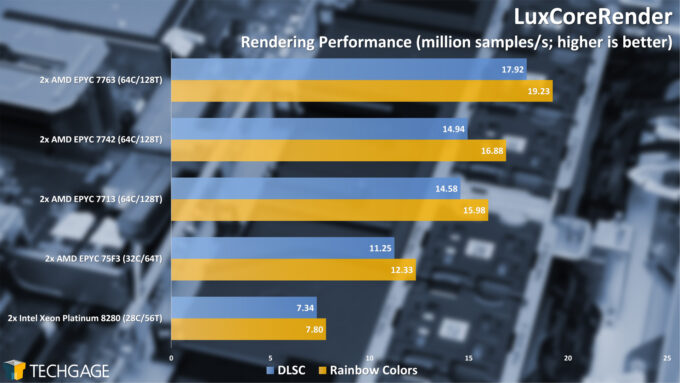 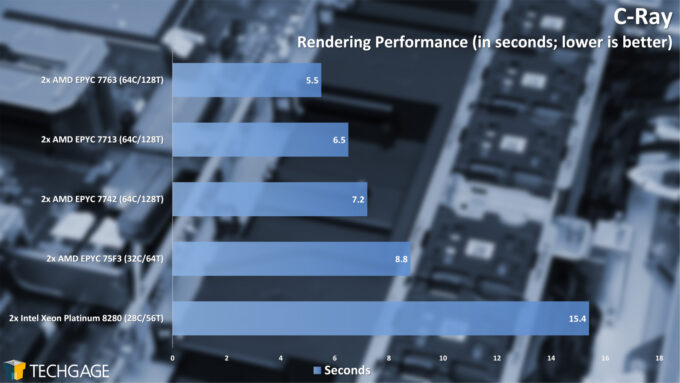 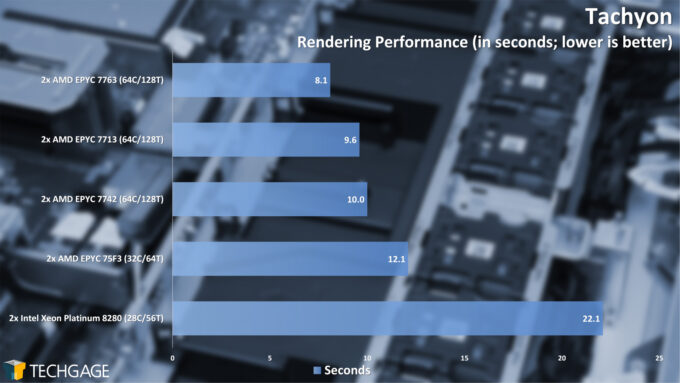 Chips like the super-fast 75F3 may see themselves leapfrog the higher core count chips in certain workloads, but rendering certainly isn’t one of those. Rendering will take advantage of as much CPU horsepower as you can deliver, so while higher clocks may help in some cases, the additional cores are going to make an even more notable improvement.

In all cases here, the new top-end EPYC 7763 is pegged to the top of the charts, with it distancing itself a fair bit from the last-gen 7742. While Intel showed some strength in the SVT test to not place last, rendering proves too much. Cores matter, and the more you have, the better. In the event that two CPUs have the same number of cores, then chances are the faster clocks will help the new chips prevail.

In another example of where not all workloads are alike, Intel’s Xeon Platinum actually scaled both Embree projects differently than the AMD chips did, proving stronger in the Asian Dragon test over the Crown one. Either way, those chips are still beat out by AMD’s latest 32-core 75F3 in both instances.