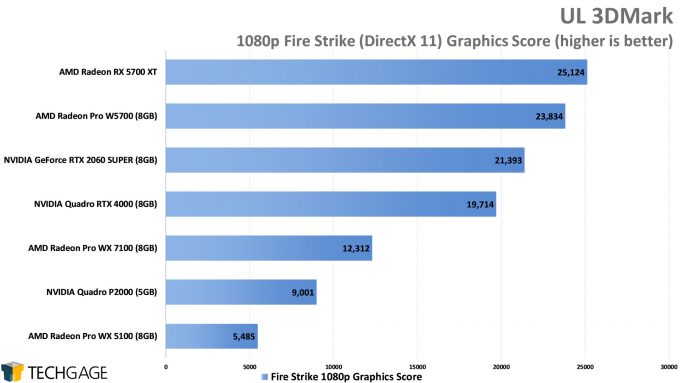 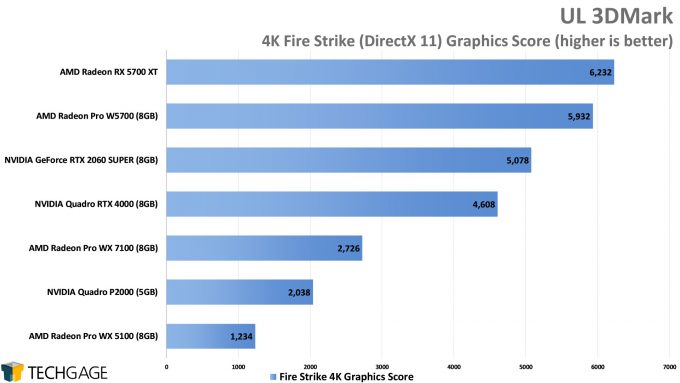 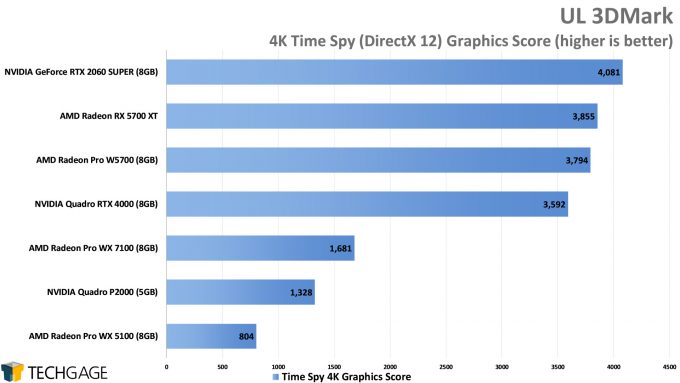 For the most part, these 3DMark results scale to our expectations. AMD’s RX 5700 XT has done well to lead the DX11 Fire Strike charts, falling victim only to the RTX 2060 in the DX12 Time Spy test. The RTX 4000 doesn’t fare as well as the RTX 2060 SUPER, falling behind it each time. 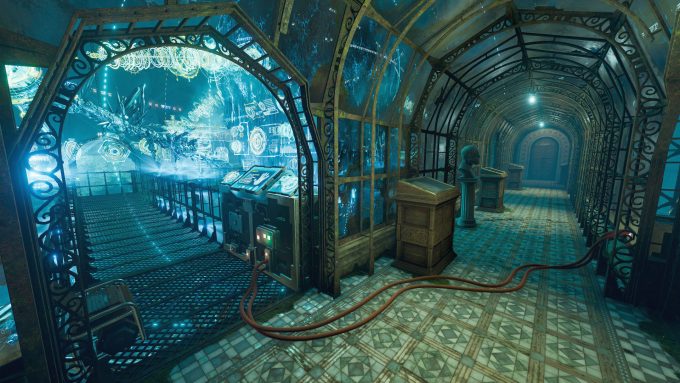 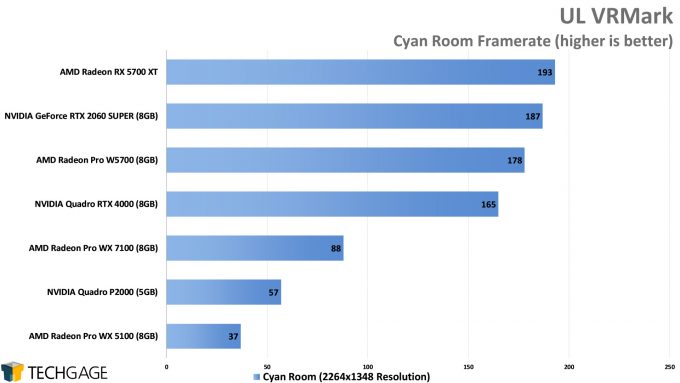 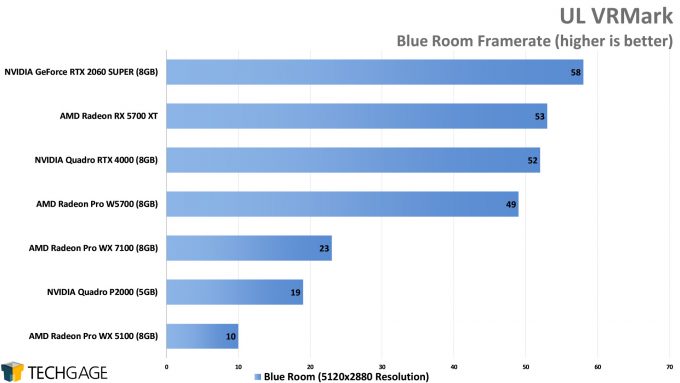 We’re sure seeing some swinging performance from different GPUs here. In some tests, AMD takes the reigns, while in others, NVIDIA will be the one sitting on top. Overall though, the RX 5700 XT and RTX 2060 perform a lot closer to one another than they did in the 3DMark results. In the ongoing RTX 4000 vs. W5700 battle, both swap their positions between tests, proving equals in the end. 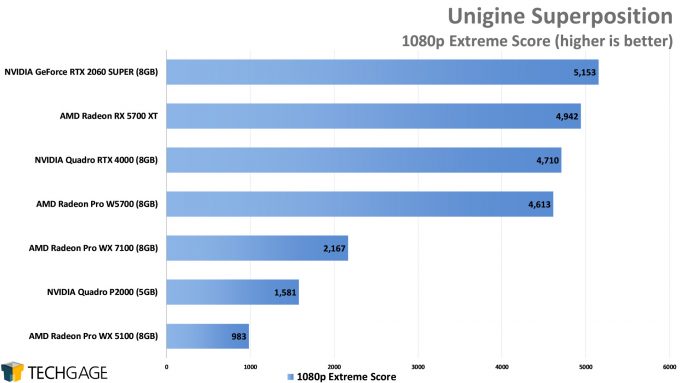 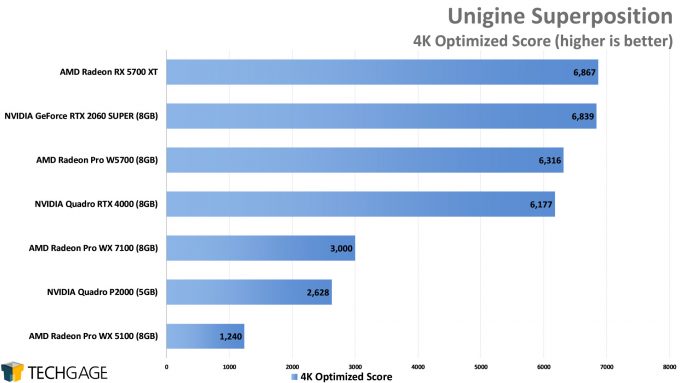 We’re wrapping our results up by witnessing more places being traded. Both the RTX 2060 SUPER and 5700 XT swap positions in each test, to lead the pack, while the RTX 4000 and W5700 swap places beneath those. For pure gaming performance, these workstation cards are held back a little bit.