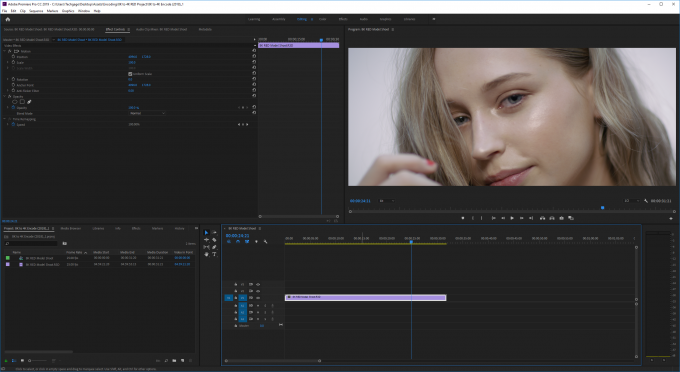 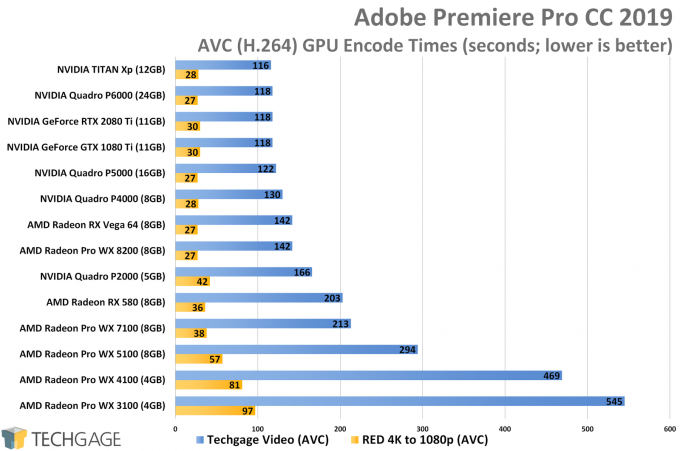 With the straight-forward 4K to 1080p encode, all of the big cards perform essentially the same. When a real project is brought into the mix, the cards get separated up a lot more. Both the Vega 64 and WX 8200 perform the same, and NVIDIA’s Quadro P4000 beats out both in the Techgage encode. 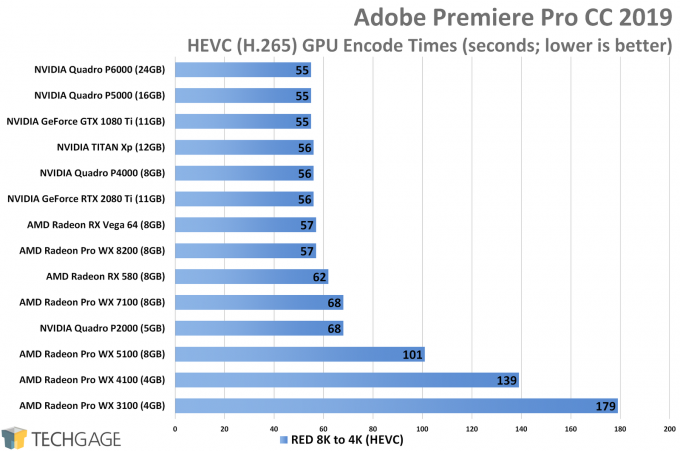 With the 8K to 4K encode, it becomes easier to understand that you definitely want some decent horsepower if your goal is video work in Premiere Pro. The smaller cards struggle, making Quadro P4000+ or Radeon Pro WX 8200+ an ideal match – though a gaming card like the RX 580 does not fall that far behind, realistically. 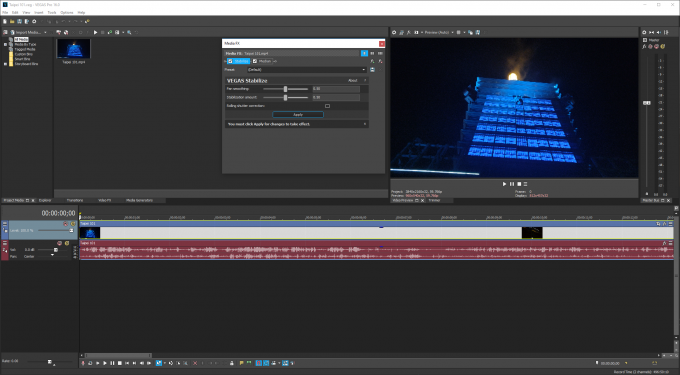 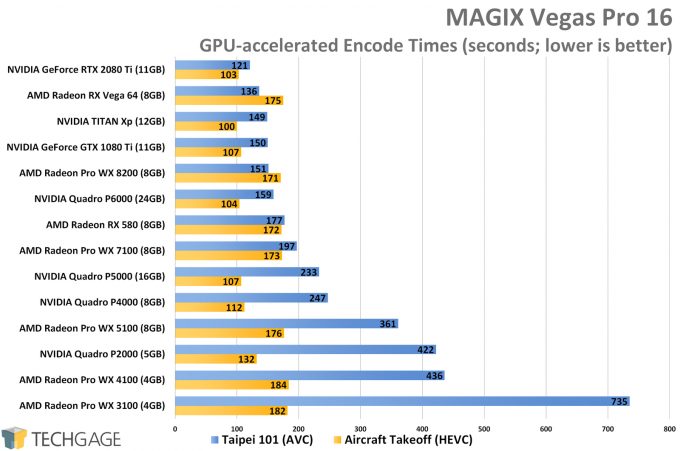 We’ve seen strong performance from AMD in MAGIX’s Vegas Pro before, and that continues to be the case with the latest version – for the most part.

Interestingly, while I thought that the Taipei 101 project was the more grueling of the two here AMD’s cards struggled with the Air Canada one overall. There, the lowly Quadro P2000 managed to outperform a relative beast like the WX 8200. With the Taipei project, AMD’s strengths return. 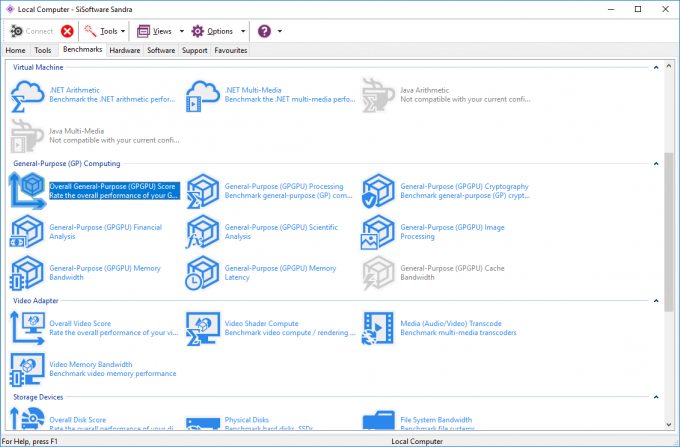 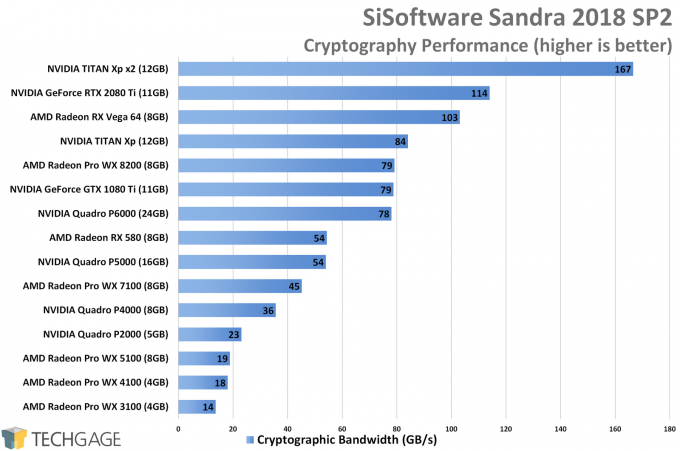 Is it a surprise that AMD performs so well in cryptography? Here, the Vega 64 slides just in behind the RTX 2080 Ti, and ahead of the TITAN Xp. The WX 8200, meanwhile, jeers that same TITAN Xp from a short distance away. Fantastic performance overall. 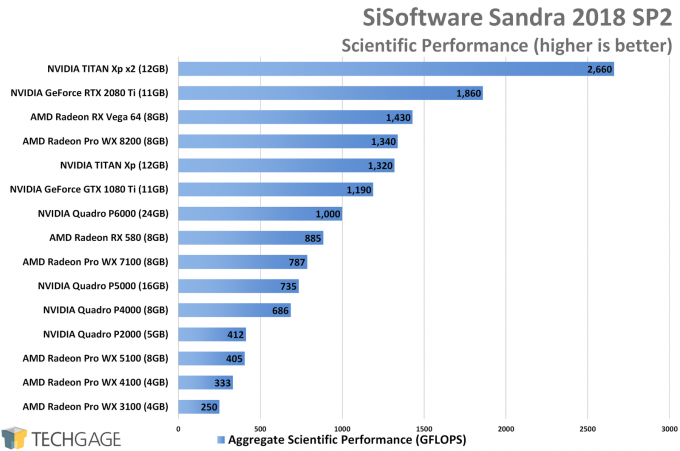 AMD continues to perform great in the scientific test, sitting behind the Vega 64 and ahead of every GeForce and Radeon – save for the Turing-based RTX 2080 Ti. What matters most with this kind of performance is the speed of the GPU, but AMD clearly has certain optimizations for this workload that NVIDIA doesn’t. Or, it at least doesn’t have enough to redeem itself here. You know… ignoring the fact that the RTX 2080 Ti dominates here. That doesn’t explain the faster TITAN Xp falling behind the WX 8200, though. 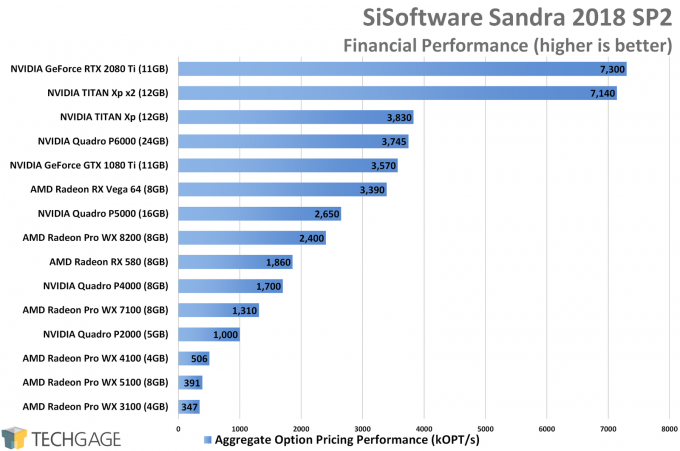 With the financial test, AMD’s cards do not perform quite as strongly. Here, NVIDIA absolutely slaughters the entire collection with the RTX 2080 Ti performing better than dual TITAN Xps.

The financial score is an aggregate result of three algorithm tests, involving Black-Scholes, Binomial, and Monte Carlo. With Black-Scholes, the 2080 Ti performs beyond the TITAN Xp what you’d expect, but performance in Binomial and Monte Carlo is literally doubled, hence the domination here.