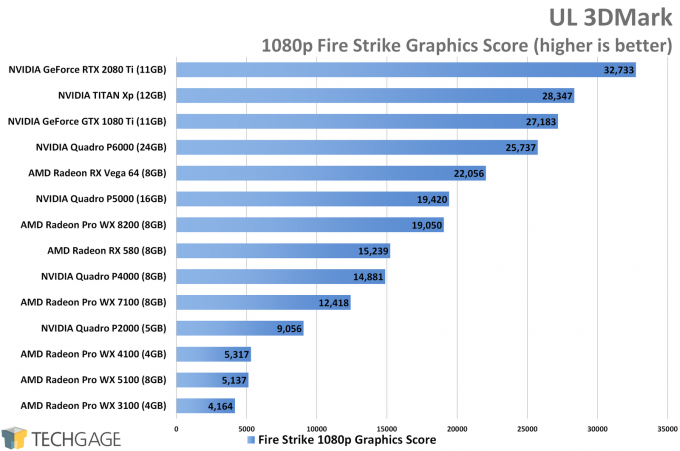 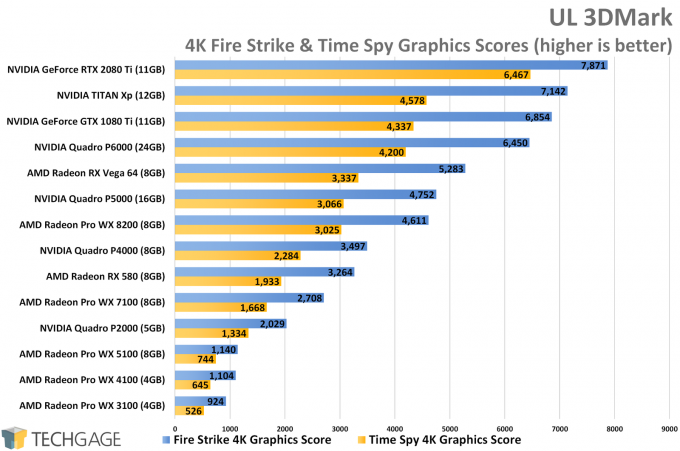 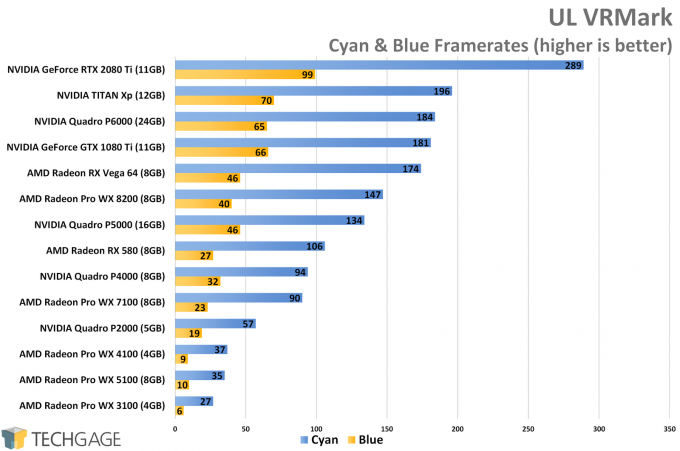 I’ll talk about the gaming performance in one fell swoop, because the scaling is almost identical across the board. Admittedly, I had wanted to include Unigine’s Superposition as a bit of a second opinion, but oddities crept into our automated testing, so I am not sure which results to trust.

Nonetheless, the WX 8200 performs behind the Vega 64 in all three tests to the same degree you’d expect to see the Vega 56 to. That means it settles in right behind NVIDIA’s Quadro P5000. Overall, not too much to comment on here, but good performance overall, even if it’s what we’d expect to see. I didn’t dive into real games this go around, but it goes without saying that the WX 8200 is more than capable of delivering a quality experience (great for 1440p or modest 4K).

When AMD unveiled its Radeon Pro WX 8200 at SIGGRAPH, it was a little confusing for two reasons. For starters, there was a “2” in the name. As mentioned earlier, this is simply to signify the second cycle of Radeon Pro devices. The second reason for confusion was the choice to ship with 8GB of VRAM. For the cost, many people expected more, and while I think it would be nice to see more, I don’t think it’s going to affect most people who are going to use the card – and if there is a limitation, that’s why it again pays to know your workload.

The fact of the matter is, HBM2 is expensive, and AMD couldn’t put 16GB of the stuff on this card for the same reason we don’t see 16GB on the Vega 64 – and likewise why we only see 16GB on the bigger WX 9100. AMD could have tacked on more memory if it wanted to charge more, and at that point, it’d fight even closer to the WX 9100, which would be strange (especially with that card available at $1,399). 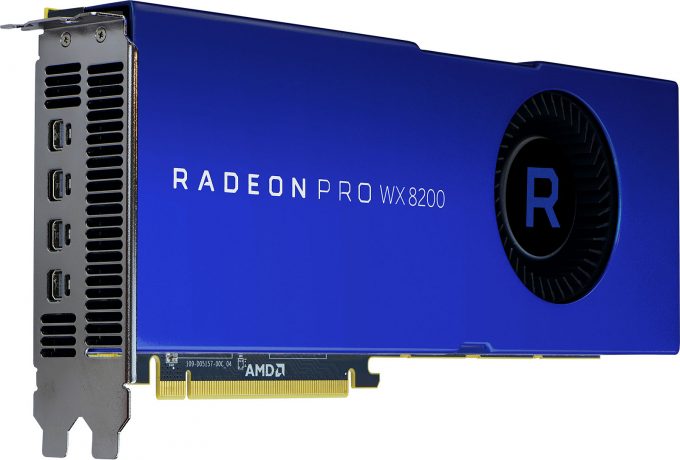 Given what the Radeon Pro WX 8200 offers, I’d wager the $999 asking price is fair. From a gaming perspective, it has the power to deliver quality experiences, and the same can be said for design. As with any workstation GPU, you really need to understand where benefits can be seen, and on which vendor’s GPU. With Siemens NX, for example, you’d screw yourself over if you assumed gaming cards would be suitable enough. There, pro cards offer obvious benefits.

The WX 8200 doesn’t dominate most workloads, but it does deliver super-strong performance in some cases, such as with cryptography and scientific performance, as well as great performance in CATIA, SolidWorks, Siemens NX, and solid performance in Creo, Maya and 3ds Max.

As with any new workstation GPU that hits the lab, the WX 8200 isn’t just going to go sit on a shelf. It’ll be kicking around, being retested again and again over time, especially as other new cards land, and more tests get added to the suite.

As I mentioned in our news section a couple of weeks ago, I’ve been in the process of scripting both the installation and benchmarking process of our suites (or at least most of it). Currently, I’m making good headway, and hope to be finished in the next couple of weeks (somewhat throttled by upcoming travel). Long story short: once that chore is done, the next step will be enhancing the tests that exist, and augment the suite with other tests people want to see. That includes DaVinci Resolve and Capture One at the forefront, but others are in the midst to be explored as well.

If you have questions about the WX 8200 that I didn’t answer here, please leave a comment!