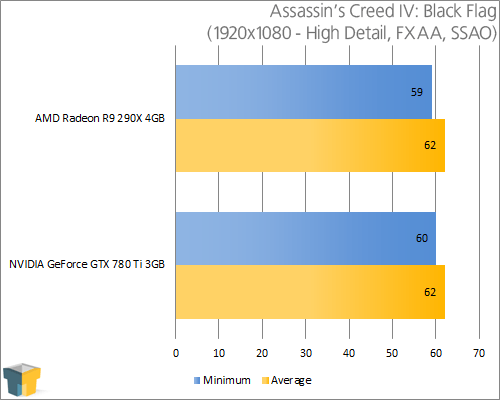 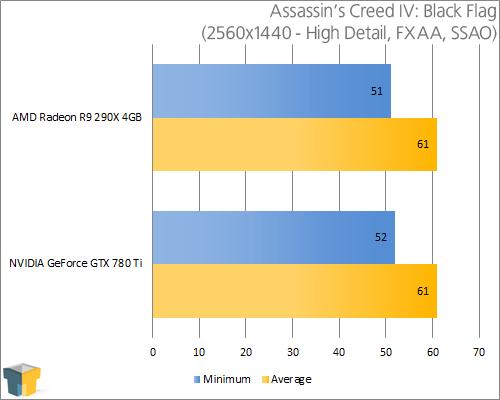 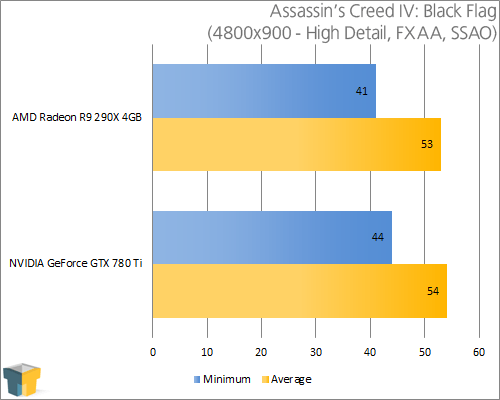 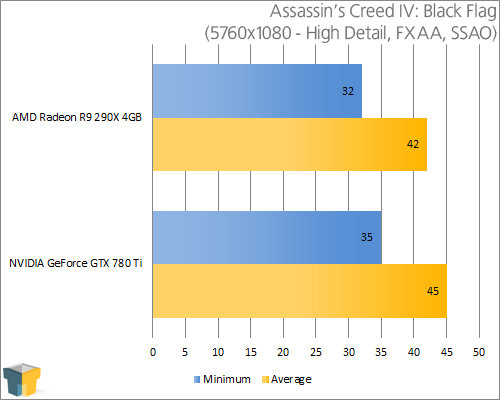 While 1080p might be a de facto resolution, it’s almost an insult to run it on a GPU like the 290X or 780 Ti. In fact, even 1440p proved to be no issue to either card – and believe me, at maxed-out settings, this game is gorgeous. When we move into multi-monitor territory, we can begin to see a change; 4800×900 performance would be suitable enough for most, but at 5760×1080, a decrease or two will be necessary to bring the game back up to ~60 FPS. 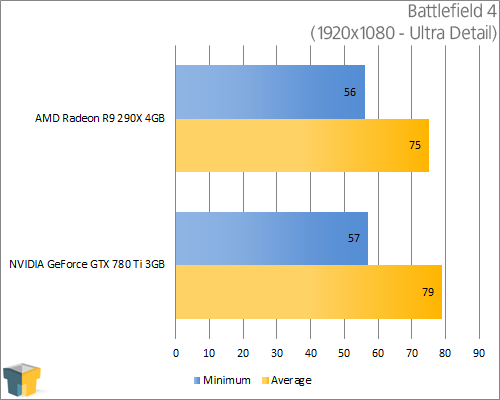 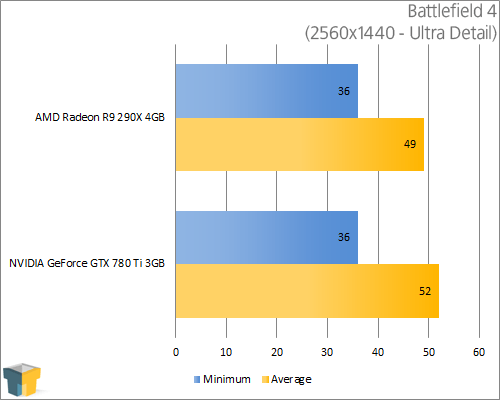 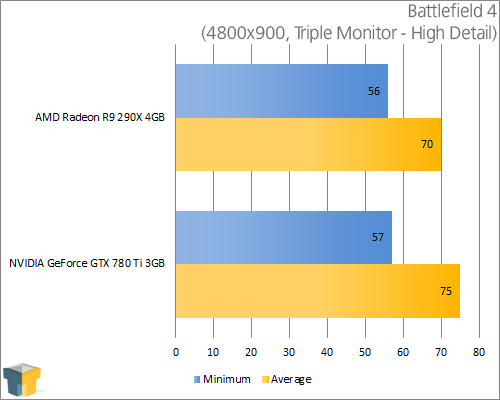 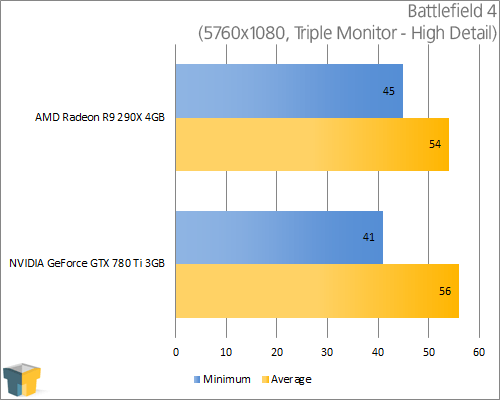