AMD had quite a bit to talk about at this year’s CES, but not surprisingly, the lion’s share of the attention went towards the company’s upcoming 64-core Ryzen Threadripper 3990X. The company came prepared with some graphics treats, though, having unveiled its latest Navi lineup addition: Radeon RX 5600 XT. Where’s 5800 XT or 5900 XT? “Big Navi” is due this year (maybe), so it seems likely those will be intertwined.

At the launch of the 5600 XT, there was quite a bit of confusion about what it was supposed to be. Ahead of the embargo lift, AMD asked reviewers to update the BIOS on their provided sample, which in the case of our Sapphire Pulse resulted in a ~10% performance uplift. 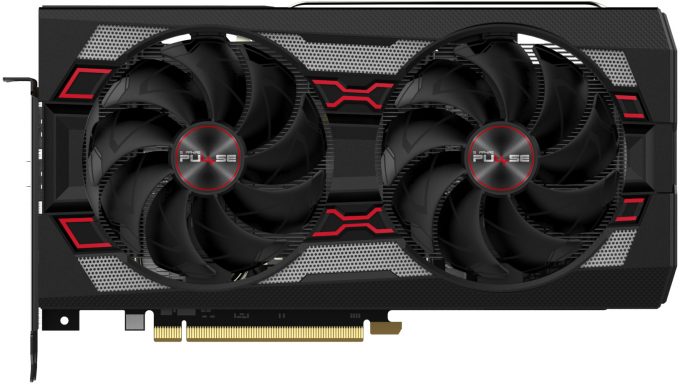 RX 5600 XT reference specs are 1375MHz Game Clock, 1560MHz Boost Clock, and 12Gbps memory. That configuration hits a total graphics power (TGP) of 150W. The BIOS we were provided boosted that TGP to 160W, a result from improving the memory to 14Gbps, and increasing the Game Clock to 1615MHz, and Boost Clock to 1750MHz.

At launch, it seemed fair to dump the results generated from the old BIOS, but in reality, those are still “reference” for this GPU. Because of that, we’re including performance from both the BIOS with reference clocks, and also the upgraded version, which can be grabbed from Sapphire’s website. As of the time of writing, all of the Pulse models we find at etail reference the 12Gbps clocks, so you will assuredly have to manually flash the BIOS after purchase (which is not difficult).

With that all covered, let’s move onto a quick look at our test setup, and then get right into testing:

A total of eight games are included in this particular test suite. Here’s the full list, along with their developer allegiances:

Note: You can download all of the tested setting images at once here (ZIP, 4MB).