We’re going to be tackling both video encoding and scientific performance on this page, and while that sounds like only two things, the reality is that there are a countless number of workloads available in each one, and loads of opportunity to see interesting scaling.

We unfortunately forgot about Blackmagic’s RAW Speed Test having a Linux build (again), so we’ll make sure that’s included next time. What’s new here video-wise is Intel’s SVT encoder libraries, all of which are open-source. For the latter half of the page, we’ll look at some scientific scenarios. 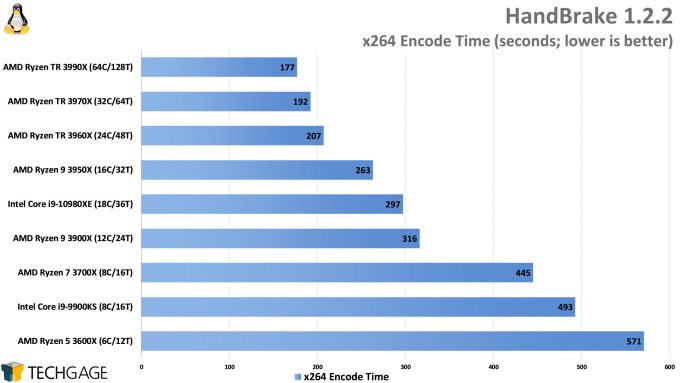 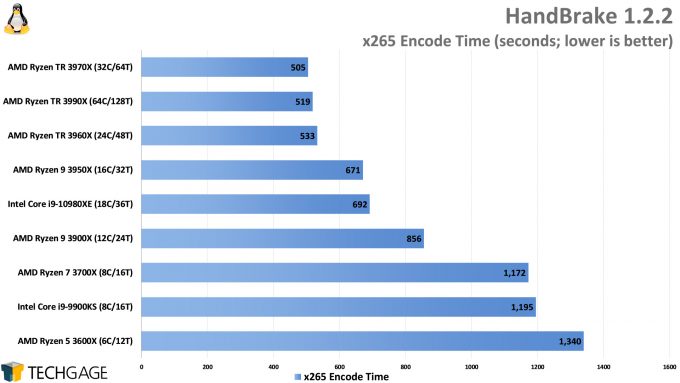 In our Windows HandBrake testing, we found that x265 performed a bit better with the 3990X over 3970X, whereas the roles were reversed in x264. With our Linux testing, we found… the opposite. Interesting how that works, huh? Ultimately, what we can derive from these first results is that video encoding is not going to see much of a gain at all in HandBrake, although that could change in time as development progresses.

It’s also worth noting that this was done with the 1.2.2 version of HandBrake, not 1.3.0, which is only because we couldn’t get the latest version working correctly in our install. We would kill for a standalone version we can just toss into an archive, without having to deal with flatpaks and the like – but we digress. 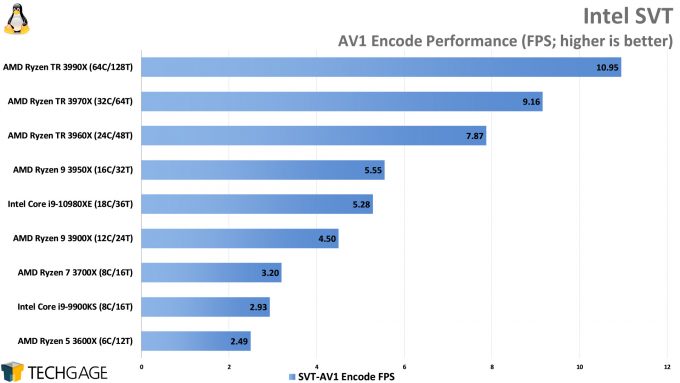 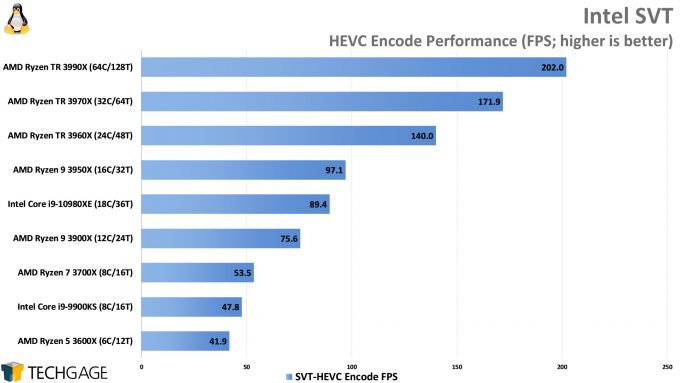 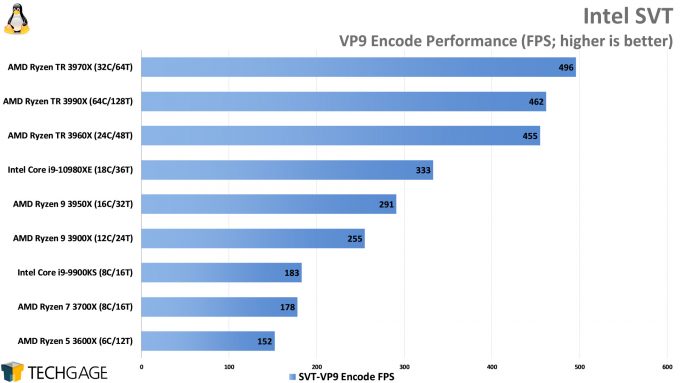 With Intel’s SVT, more cores matter. Unless we’re talking about VP9, apparently, as that doesn’t appear to be able to go over 64-threads. When that’s the case, it usually results in degraded performance, which lends some credence to our “know your workload” suggestion. We should point out the the 3990X will be slower in these thread-limited tests because it has an overall lower maximum clock compared to the lower core-count counterparts.

The 3990X hasn’t managed to double performance in any case so far, but has definitely made notable improvements overall. But, because of how the 3990X scales in encodes like Intel SVT, the 32-core would make more sense overall. That’s until these encoders can take better advantage of such large CPUs. For what it’s worth, we haven’t seen any stronger scaling in our Windows encode tests. In Adobe Premiere Pro, the codec matters a lot, with RED and ProRes alike both offering the best possible scaling. 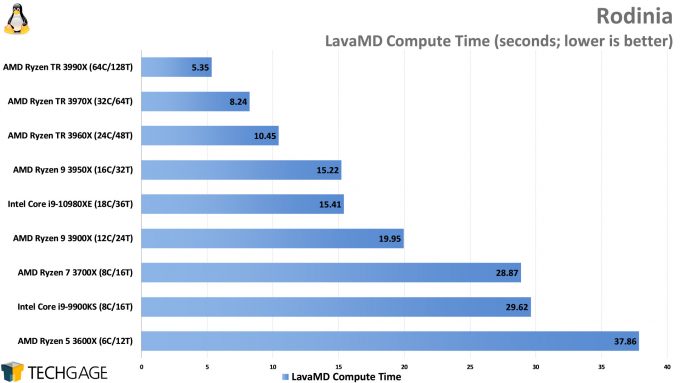 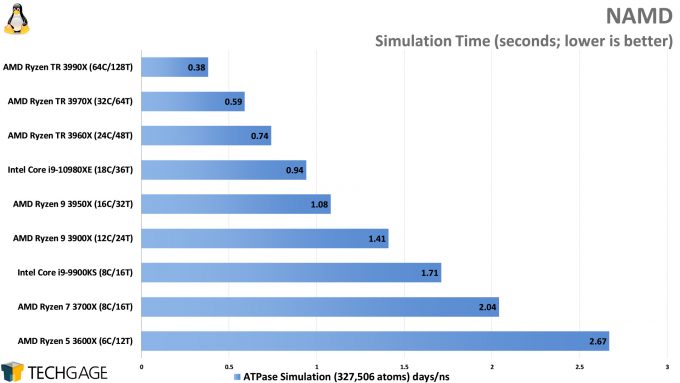 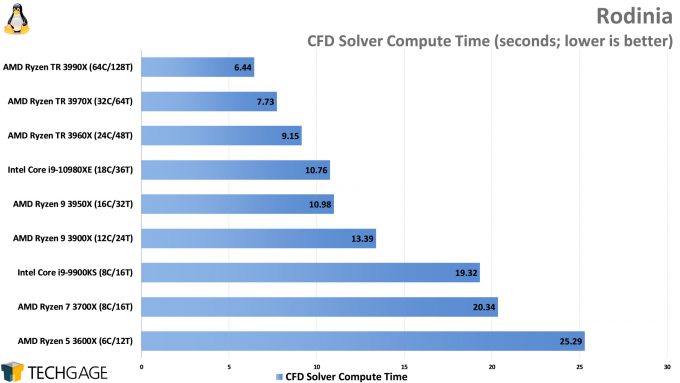 Leave it to science to push many-core CPUs properly. In all of these tests, especially the top molecular dynamics tests, the scaling on the 64-core CPU is quite strong. The gains are less pronounced in the fluid dynamics test. If anything else is clear, it’s that it’s easy to go too low-end on your CPUs for heavy workloads. When you need to wait hours or days for results, you should probably get the fastest processor possible – budgets permitting, of course.

In reality, EPYC is much better suited for serious workloads like these, and while its top model still peaks at 64-cores, that platform offers the added benefit of an eight-channel memory controller, which would bode well for any workload that relies heavily on memory bandwidth.