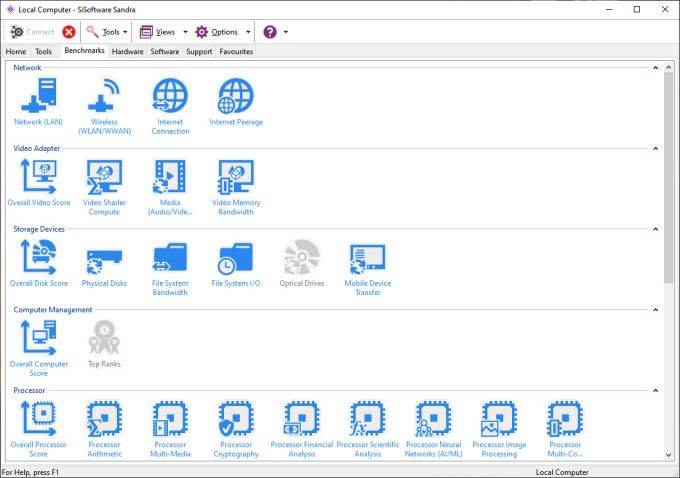 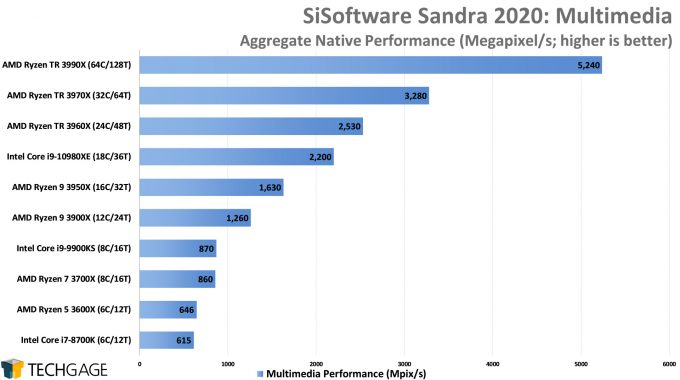 Many tests in Sandra are designed to eke as much juice out of a processor as possible, and when more cores are involved, it’s almost guaranteed that tests like multimedia and arithmetic will see obvious benefits. That’s the case here with the multimedia test, with the 64-core monster flying 60% ahead of the 32-core. This is one test where AVX-512 can come into play, which helps Intel not fall further behind than it is. Now imagine if team blue had a 64 core! 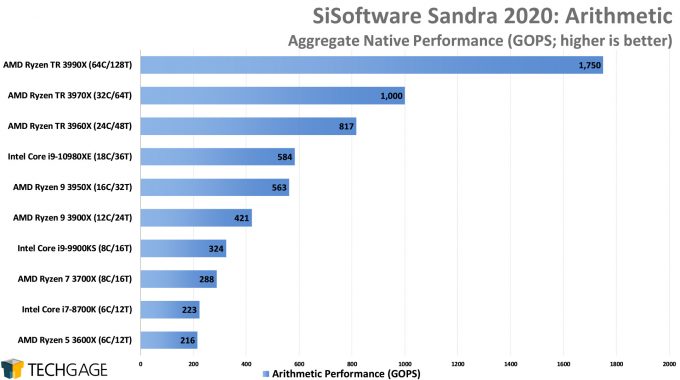 We’ve gone from a 60% improvement in the multimedia test to a 75% one in this arithmetic test. AVX-512 is not involved here, so the 3990X has less of a fight to battle. Clearly, if you need quality CPU compute performance, you’re not going to get it from a smaller chip. 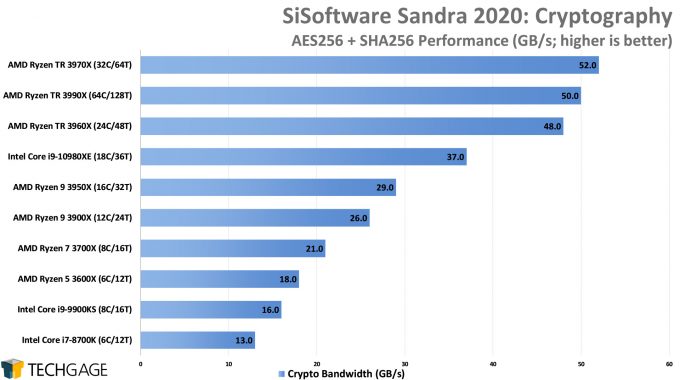 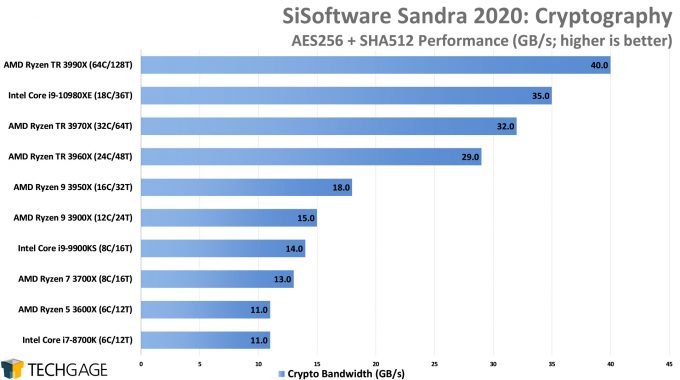 Synthetic tests tend to push hardware really well, but this cryptography test is an exception where the 3990X is concerned. AMD’s top chip performs a bit better with the higher security test, but with Intel’s AVX-512 being utilized across the board, it doesn’t look as impressive as it could be. That bodes well for Intel’s 18-core competitor. 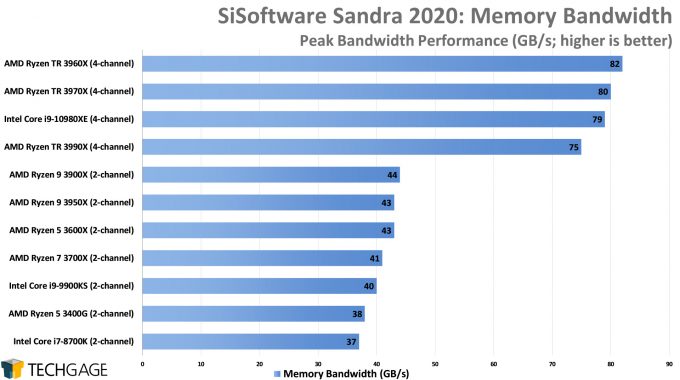 Memory bandwidth across AMD’s and Intel’s quad-channel platforms is pretty similar across-the-board, although we monitored less bandwidth overall with the 3990X than the other Threadrippers. It still comes far ahead of the dual-channel platforms. 40GB/s+ is really great to see there, thanks to the fast memory we’re able to reliably use nowadays.