The day many have been waiting for has arrived: AMD and Intel have officially launched their respective next-gen enthusiast processors. In this article, we’re going to follow-up on our 3950X Linux article from last week to introduce both Intel’s Core i9-10980XE and AMD’s Ryzen Threadripper 3960X and 3970X into the test results.

We’re going to be tackling both video encoding and scientific performance on this page, and while that sounds like only two things, the reality is that there are a countless number of workloads available in each one, and loads of opportunity to see interesting scaling.

We unfortunately forgot about Blackmagic’s RAW Speed Test having a Linux build, so we’ll make sure that’s included next time. What’s new here video-wise is Intel’s SVT encoder libraries, all of which are open-source. For the latter half of the page, we’ll look at some scientific scenarios. 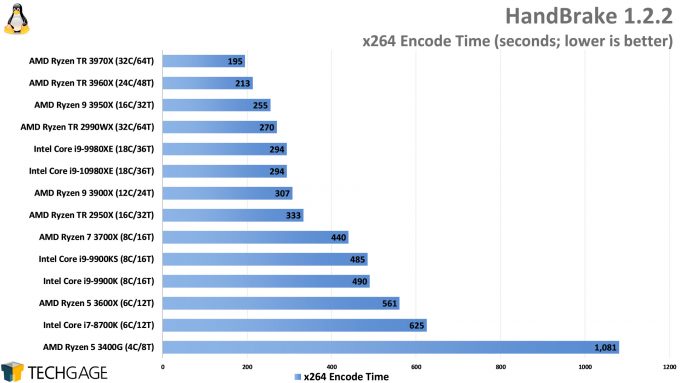 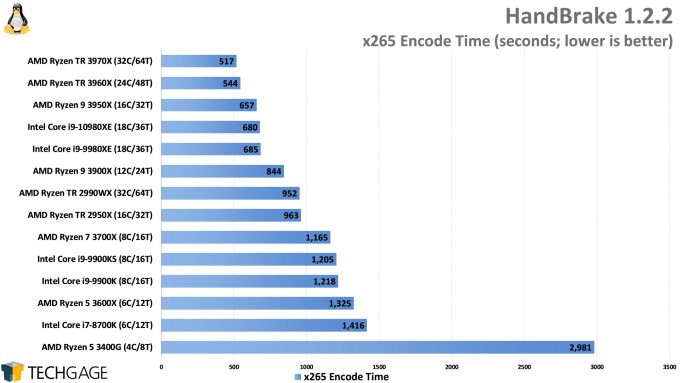 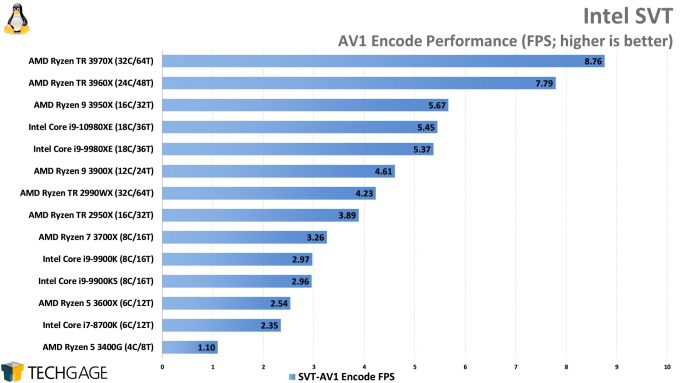 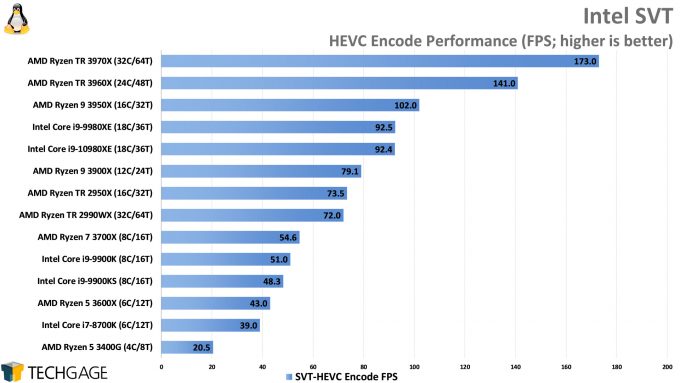 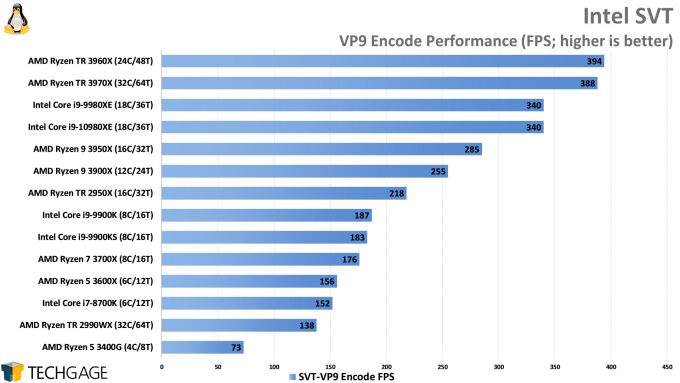 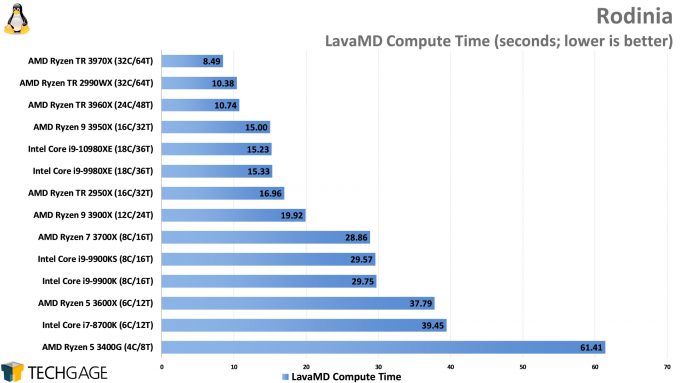 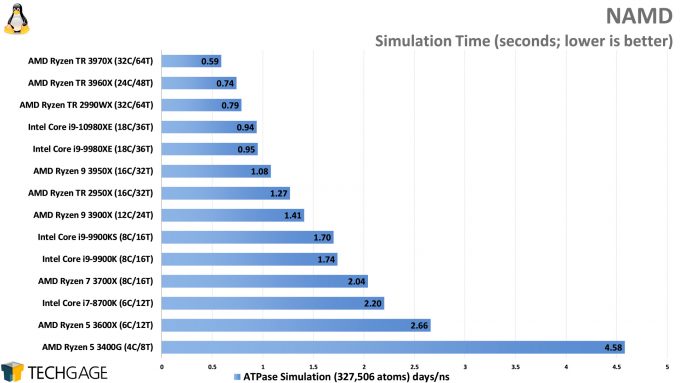 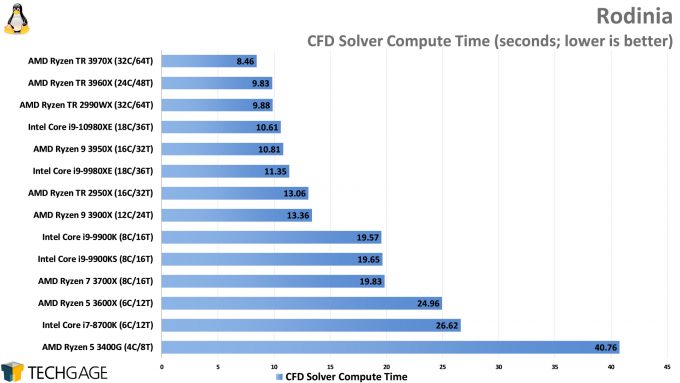 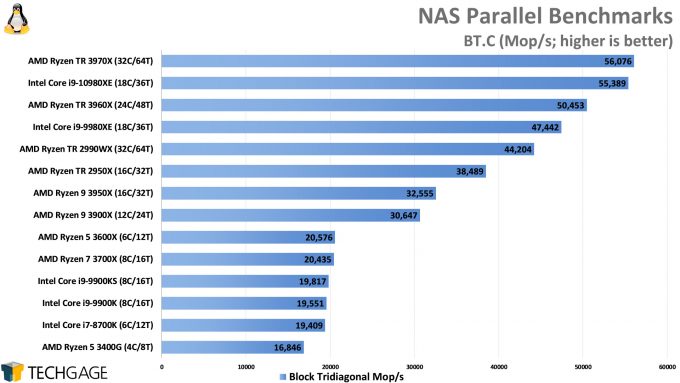