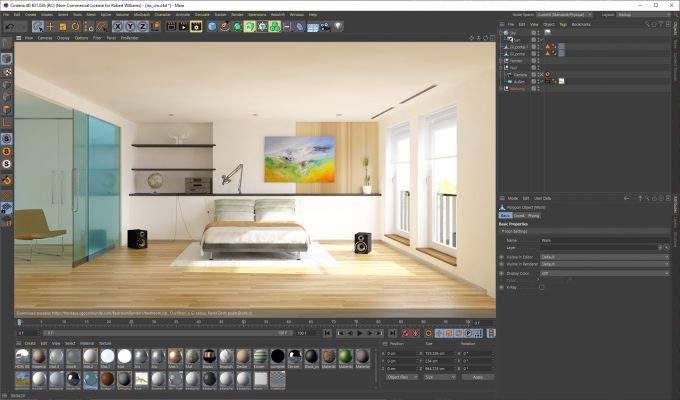 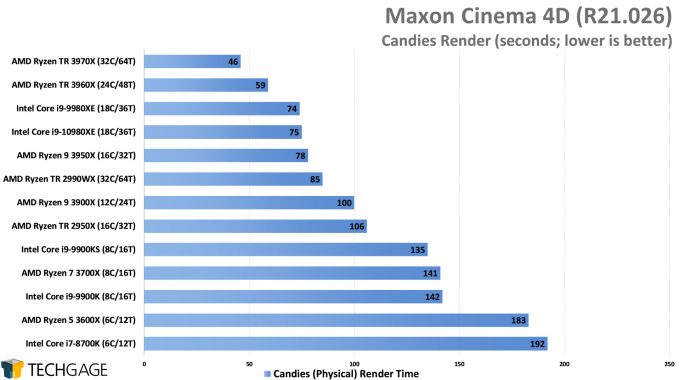 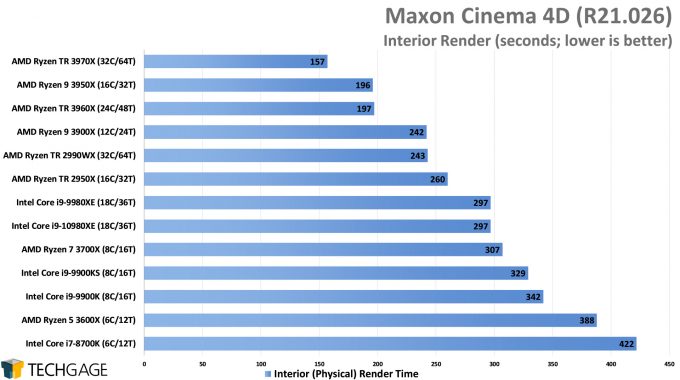 We’re going to be overhauling our Cinema 4D tests in the near-future, both with better projects, and if all goes well, a viewport test. For now, we’re sticking to the same projects we’ve been using for the past couple of years. Now, if you think back to a “couple of years” ago, the best any enthusiast could buy was a 10-core. Today, we have 32 cores available, and with these results, we can see that Cinebench can take advantage of every single one of them.

Somehow, the 16- and 24-core Zen 2 chips scored the same in the interior render, even after retesting, and despite the scaling being just fine all-around in the (simpler) Candies render. At least we’re not seeing some actually detrimental loss in performance, as we have seen with the last-gen 24+ core Threadrippers. 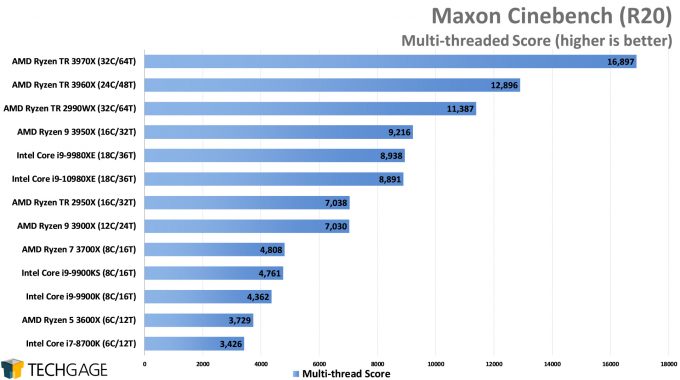 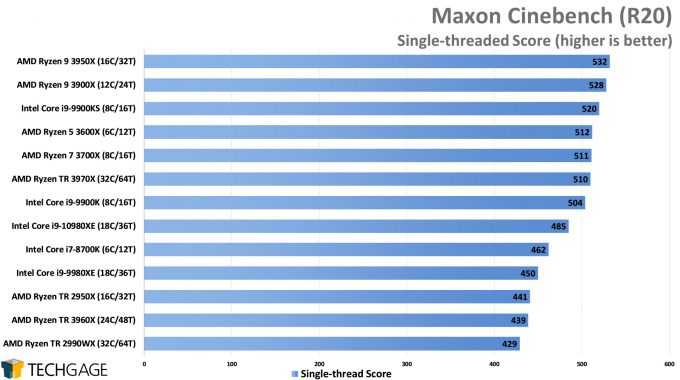 It’s hard to be surprised with the results here, given not just what we’ve seen of the previous Zen 2 chips, but also what we saw with the real-world Cinema 4D above. The project Maxon chose for this benchmark seems pretty neutral overall, given how things scale – at least on the multi-thread side of things. For peak single-thread, AMD owns this benchmark, with the 9900KS not trailing far behind. 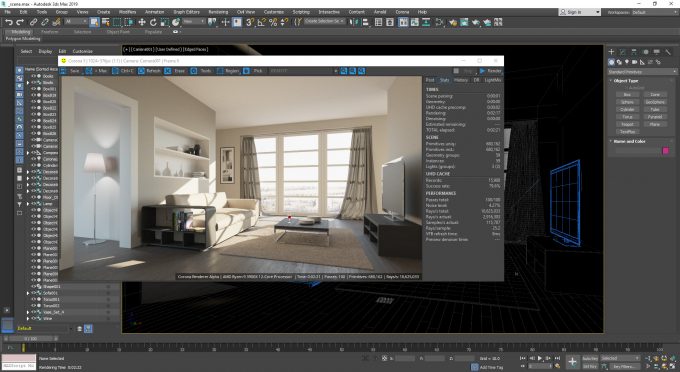 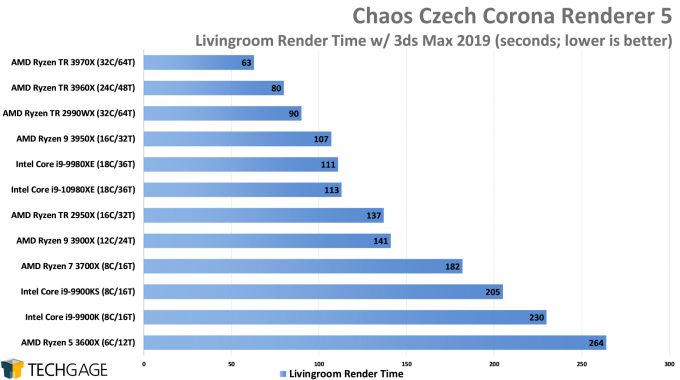 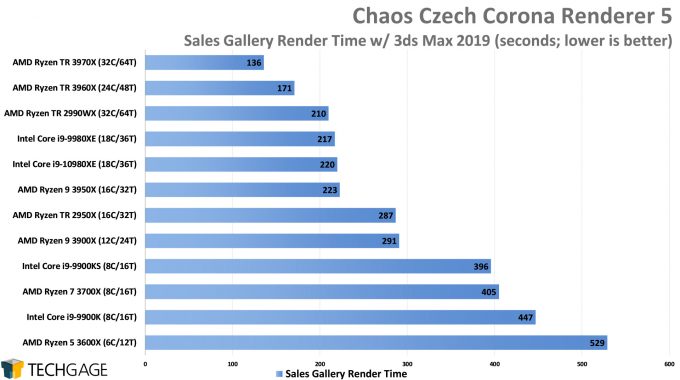 We’ve gone over many renderers by this point already, and like the rest, Corona shows that the new Threadrippers can seriously tear up a rendering workload. It’s worth comparing the new 32-core to the last-gen 32-core once again. When is the last time you saw these kinds of generational gains on a desktop processor? 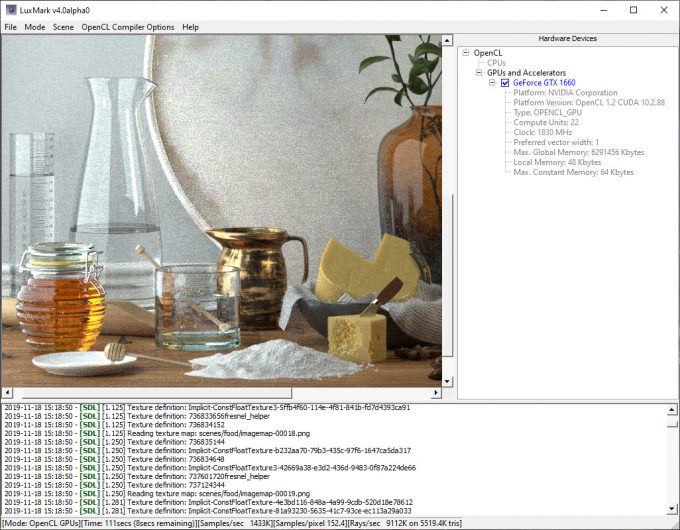 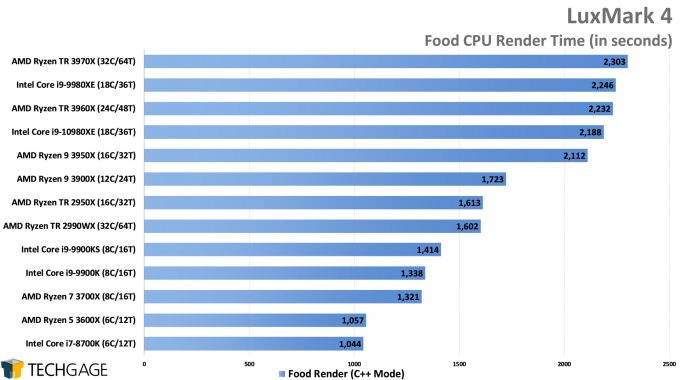 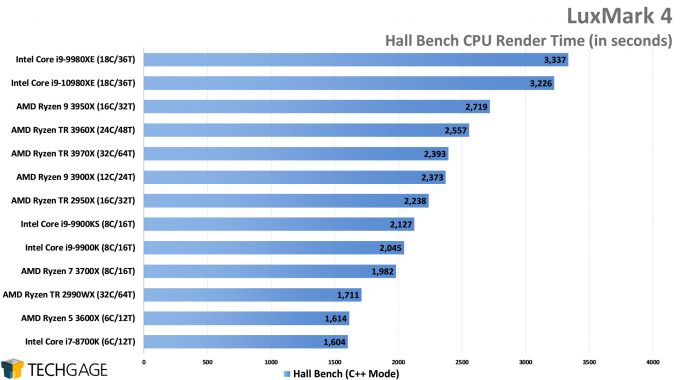 With the C++ renderer in LuxMark using Intel’s Embree ray tracing kernels, it’d be easy to assume that Intel simply has an edge by default. And well, the results here imply that too. In LuxMark, Intel CPUs definitely enjoy a speed-up, allowing the 18-core chips to fly past every AMD chip in the Hall Bench render. We also happen to test Embree in our Linux tests, and there, AMD’s new Threadripper led the pack. Just when you thought you could predict a workload! 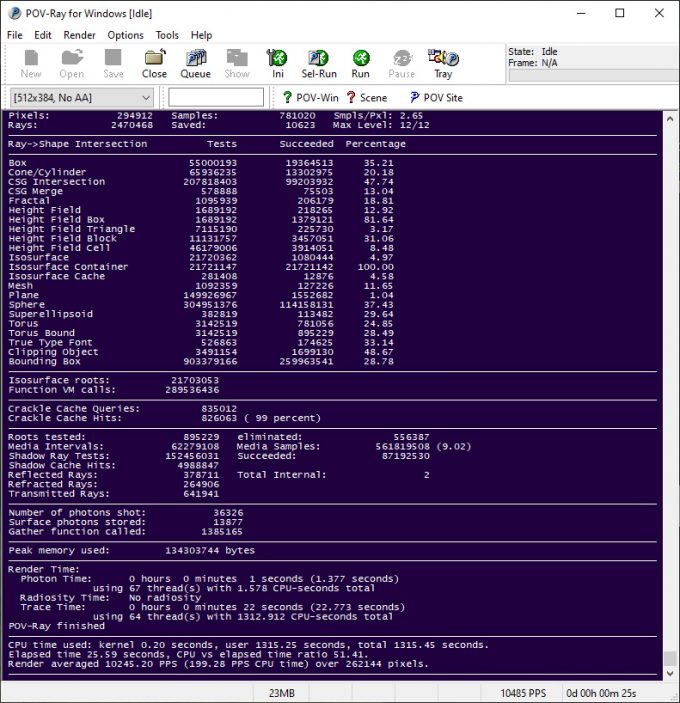 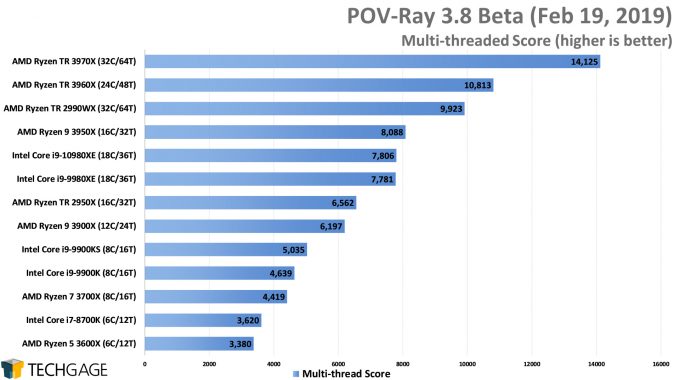 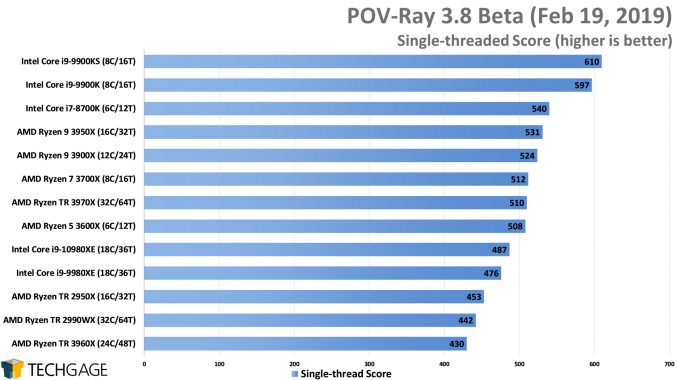 We wrap up our rendering tests with one of the classics, POV-Ray. Cinebench really does seem to get the lion’s share of the standalone benchmark attention, but we’ve been using POV-Ray for about just as long. We featured both in our Core 2 Extreme QX6850 review in 2007. Twelve years ago, the best desktop processor had four cores and cost $1,000. How far we’ve come.

This is another test that Intel has an edge on, especially with the single-threaded performance. Both of the 9900K chips keep well ahead of the others before it. For multi-thread, the winners have become rather predictable at this point.