PC Mark and 3D Mark are my least favorite benchmarking programs to use, but they are decent in finding out how your overclocks scale with one another. Only problem is I find, that with each run of the program, even at the same clock speed, scores can fluctuate too much.

That aside, the results scale rather closely to what we have seen in the last few tests… between 13% – 15%. The only exception would be 3D Mark 01, with a 6% performance increase. 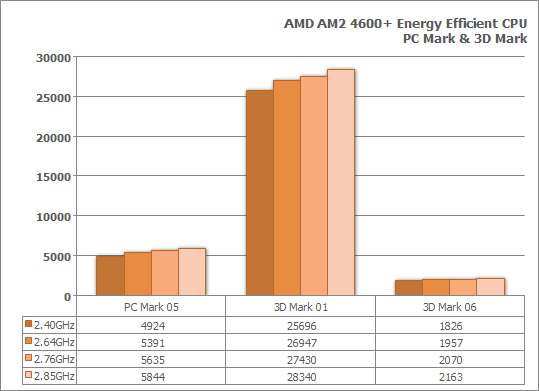 Cinebench is a good tool for those who plan on using their computer for multi-media production, because it renders a high resolution image in real time. Luckily enough, it supports multi-threading, so you can see just how much of a gain that dual core CPU gets you.

Yet another string of ~14.4% increases. Not bad for such a simple overclock with 1.45v! 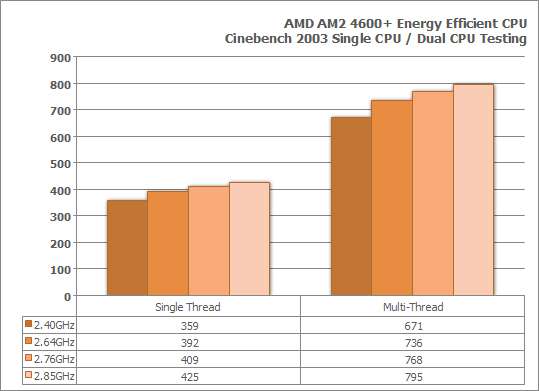 Time to eat some Pi! Super Pi, for the uninitiated, calculates Pi to a set amount of digits past the decimal. So, for a 1 Million run, it would be 3.14359 + 999,995 more digits. Simple enough, but it does a great job to see how CPU overclocks scale. In this case, ram timings help a lot also. We are again seeing a steady 14% increase throughout all of the results, though we couldn’t break 30s 1M with our safe overclock. We did with our 2.85GHz overclock though, but again, that’s rather unstable on one core. 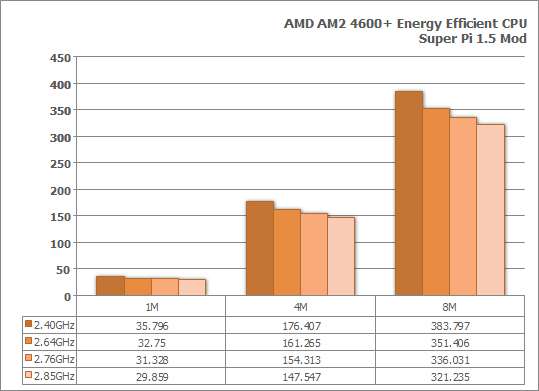