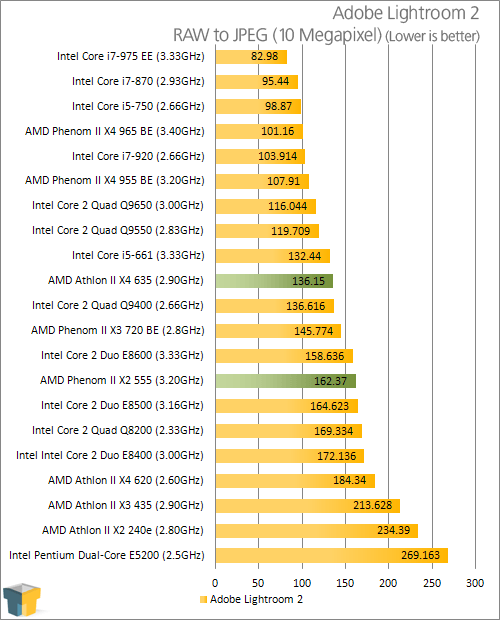 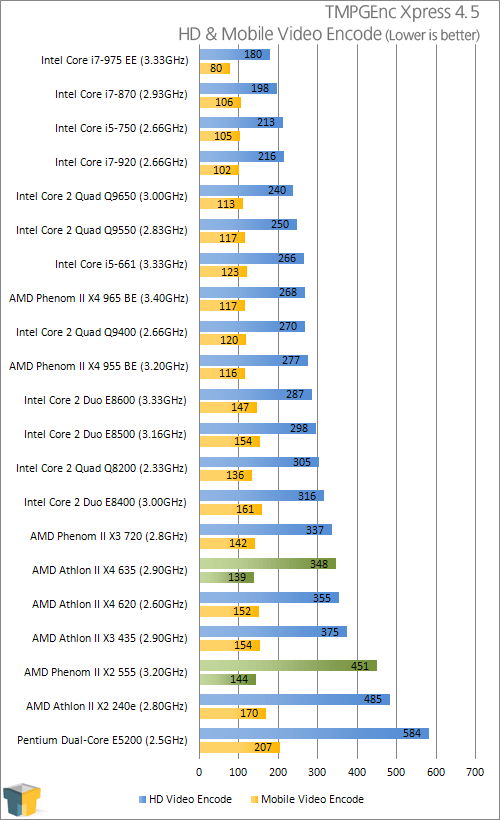 AMD’s CPUs continue to impress with these tests. The lowly $120 quad-core manages to keep right up to Intel’s $200 Core i5-661 in our Lightroom test, but falls a bit behind in our TMPGEnc Xpress test. To be fair, that test uses SSE4 for Intel CPUs, while AMD lacks it. It does however show the raw performance gains that can be seen when SSE4 is utilized, however.