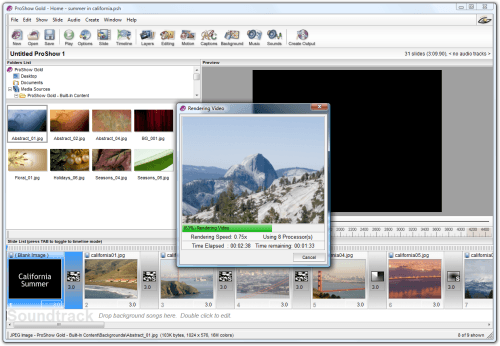 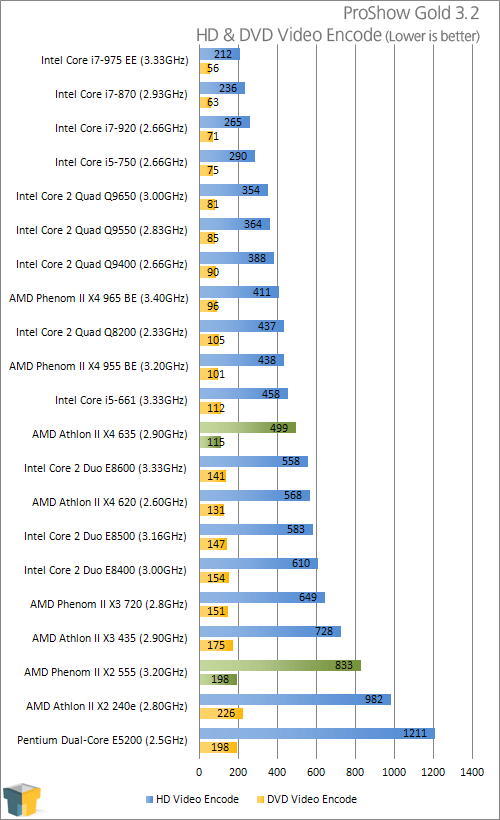 The X4 635 continues to look like an extreme value compared to the i5-661 as it performs better in the multimedia test, and comes fairly close to matching it in the ProShow Gold run.