AMD + ATI: What could it mean for us?

If there was ever a merger to pay attention to, it should be this one. If the acquisition goes through, what does that mean for consumers and the PC hardware industry in general? Will things get better, or turn out for the worse?

When rumors of this acquisition began flying around back in May, I admit I shrugged it off because it sounded crazy… outlandish… unlikely. It’s pretty obvious that there are two major CPU manufacturers in this business, in addition to two major GPU manufacturers. To ponder one buying the other one means one thing… a huge effect on the PC hardware market.

This entire article is based around speculation and simple ponders, because there is no real solid evidence of what’s to come. Just a warning… take everything with a grain of salt because -anything- can happen.

The first question to ponder is, “What does AMD want with ATI?”. According to reports, this will set AMD back a staggering $5.5B. How will AMD be able to pony up for this buy? Banks, shareholders.. who knows. We -may- find out on Monday.

There could be a thousand reasons why AMD would ATI. First, ATI has many technologies that AMD would find useful that could be used to further advancement on their CPU’s and other products in the future. Though ATI does not currently put out a completely favored motherboard chipset, together both companies could no doubt churn out something that will work. Not only that, AMD has publicly made known about their plans with the upcoming KL8 platform and co-processors.

What if one of these co-processors were GPU related? I am not talking about having a GPU core thrown under your IHS, but rather a co-processor used to calculate graphic related algorithms which very well could result in larger FPS in your games. If technology is advancing enough to throw four cores in a single die, then the skies the limit.

ATI has some world class engineers, that simply put, could help AMD a great deal. Are they worth $5.5B though? Picture an AMD video card. That’s not so hard to picture anymore. Anything could happen from this merger… anything. Will AMD allow ATI to keep it’s name? Will they slow production on ATI GPU’s in favor of throwing the engineers on other projects?

I think the main question on enthusiasts minds is whether or not we will still see NVIDIA chipsets supported by AMD. nForce is by far the preferred chipset as it stands, with great overall hardware support in addition to SLI capabilities. To think that the nForce will be rid on any AMD motherboard anytime soon is very, very unlikely. If you think this merge will potentially hurt any companies, it’s still a two sided coin, but again unlikely. If AMD uses ATI chipsets on their motherboards strictly, that may drive people away -unless- they are vastly improved. Or, it could drive people to Intel platforms, since Conroes have turned out to be great gaming CPU’s.

Will Intel consider buying NVIDIA? No, not likely. Though NVIDIA has their chipset supported on Intel motherboards, Intel already has some very stable and feature rich chipsets, such as the i975x. There’s little doubt that nForce is better for enthusiasts, but again, this acquisition should not change the support for either AMD or Intel.

Another thing to consider, is whether or not AMD is doing this to have an extreme advantage in the market. In the past year, AMD has many times had an advantage over Intel to begin with, due to their CPUs being better suited for gamers, oh, and the lawsuits. Of course this is starting to change with Conroe, but this is very likely a part of AMDs plan to take ‘it’s’ market back.

As mentioned earlier, AMD may be trying to implement a graphics related co-processor in upcoming CPUs. If this happens, imagine a motherboard, GPU and CPU working as one, because they were made for each other. This has not happened in the past, but could mean big things for the future. If something like this was to happen, that could spell bad things for Intel. 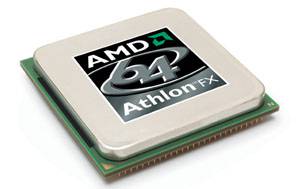 In a sense, this may be the beginning of lack of choice for consumers. Right now, we have plenty of choice. In fact, it can be overwhelming when it comes to buying a new PC. However, what happens when you want to build a new PC and already know that you need an ATI card? Or NVIDIA card for the Intel platform? Though this is just speculation… nobody at this point knows what lack of choice may come from this, except AMD of course.

Is AMD trying to have a monopoly on the market? Though Crossfire doesn’t have as large of a fanbase as SLI, it still has it’s devotees. Not only are there Crossfire fans, but there are Crossfire fans who love Intel. Will this be a non-existent option in the future? Imagine a Rev. G or K8L being -required- to use Crossfire.

So, I have been touching on a lot of negatives. Truth is, I have been thinking heavily about this acquisition over the past week, and I couldn’t count how many different ideas have stormed through my head. I admit, I am more often a pessimist when it comes to announcements like this. I try to think of what -could- go wrong, so that when it happens, I will not be as disappointed. On the other hand, if I am proven wrong, then it will be a reason to celebrate.

What are some pros of this then? Like I mentioned… complete system support would benefit people who like the choices they are given. If you have a motherboard, CPU and GPU optimized and designed for each other, there’s no doubt that you will be getting some of the best performance out of your machine. Especially if AMD makes good use of their co-processors in upcoming revisions. 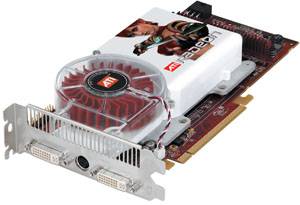 Since the ATI chipset in it’s current state could be better, maybe this is a push that ATI needs to design a feature-rich and very stable platform. If this acquisition goes through, ATI knows what it is in for. If AMD allows ATI to continue on the same projects they are working on, it’s evident that they will be trying to push their products to the next level, or else enthusiasts and regular consumers alike will be upset, and will do more harm to both companies rather than help them achieve their world domination.

On the Intel side of things, this should prove to be their cue to cater more to enthusiasts. It’s no secret that Intel is not a real pro-enthusiast developer. The mention of an overclock seems to make them cringe. However, as evidenced by the Core Duo 2, it’s almost become an enthusiasts dream. So, we may in the future see better Intel chipsets with more enthusiast specific features, such as the ability to set 1T memory timings. Even though it’s incredibly unlikely that Intel will try to buy up NVIDIA, it doesn’t mean that they will not be working closer together to get things done. Is NVIDIA going to be pro-AMD after this acquisition? Maybe not. NVIDIA has been responsible for making AMD platforms as popular as they are to some degree, which was aided by SLI support.

As you can see, this acquisition can mean many things. Nobody will finish this article and walk away knowing what’s going to happen. It’s just not public knowledge right now. The acquisition now is still up to the shareholders, and if they approve, this will certainly change the PC hardware landscape dramatically.

I’ll leave you with some interesting viewpoints from others in the community.

Oh, and if you enjoyed the article, please considering giving it a Digg.

This can be argued in any direction, but I feel this would hinder the growth of the computer industry. No longer will NVIDIA be making good chipsets for AMD (as stated by the CEO, they would lessen support if it was true). On top of that who’s to say that AMD will let ATI will still allow chipsets to be made for Intel CPUs… this is just great. – vtohthree

NVIDIA still has a lot of market share amongst the AMD enthusiast crowd, and things aren’t so sunny on the Intel side of the fence since Intel is aggressively pushing their own chipsets and soon their own DX10 IGPs. They are definitely worried about this. – UNCjigga

In terms of chipsets NVIDIA seems like they could be in a tight spot considering AMD and Intel will be making their own chipsets now. Of course I would bet that there will be very few changes in the next few years; I bet AMD and ATI will just share technologies and profits. They will most likely be somewhat separate for a while. – shamgar03

Without proper justification, which is pending after the deal, this doesn’t look good at all for AMD. NVIDIA was the one making the nForce Pro series for its largest market: the Opteron server market. ATI was just cooking up chipsets with integrated graphics. – perkam

AMD development of HT, HTX and co-processors for K8L could mean they are trying to innovate in this space… highly optimized graphics solutions with super fast and phat inter-connects anyone? – BitJunkie