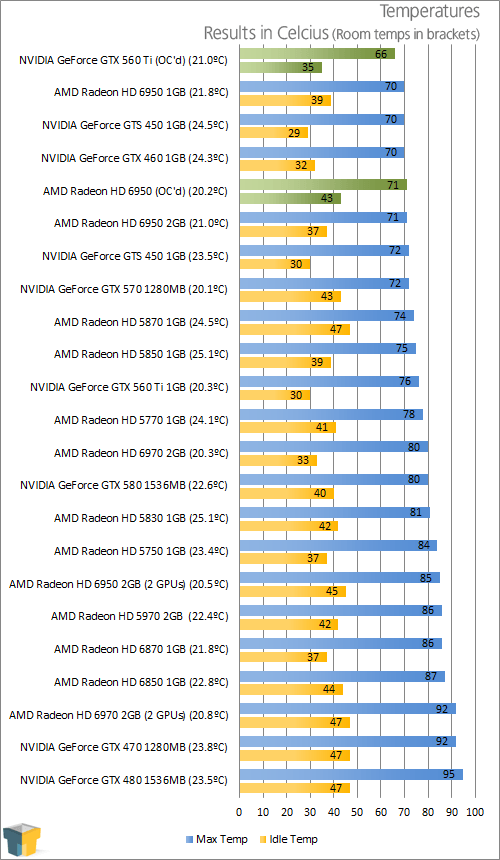 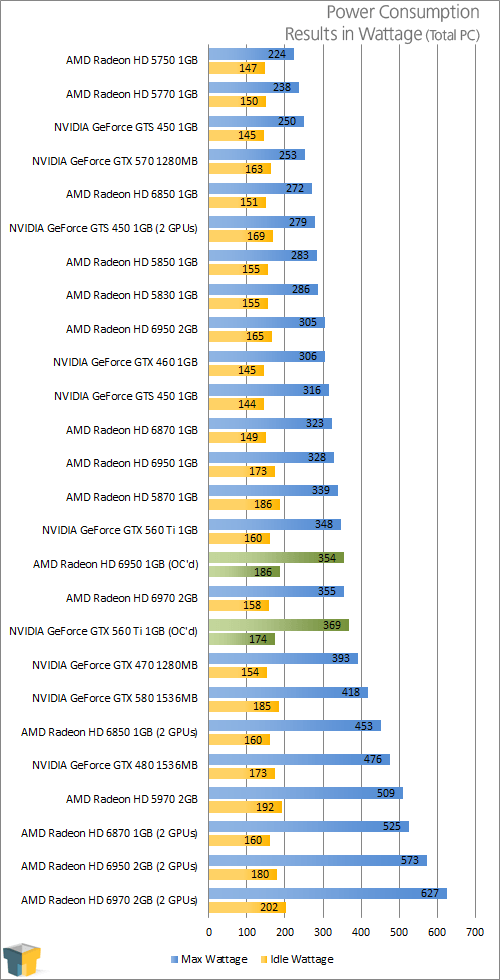 For whatever reason, our GTX 560 Ti overclocked card was a bit more forgiving when we tested it for temperatures than the stock-clocked version was, as it reaches the top of the chart – a good thing in this case. AMD’s overclocked card experienced just a minor gain in heat.

Power-wise, NVIDIA’s card drew 21W more at load, and AMD’s drew 26W. Given the performance boosts seen, these bumps in power draw might not matter too much to you.