The sole purpose of this article was to see if the conclusions I had reached in both of our published articles on these cards could be swayed when overclocking was brought into the equation, but when all said and done, the answer is simple… “no”.

At stock speeds, AMD’s card consistently gives us better performance than NVIDIA’s, and because we were able to overclock AMD’s card to such a great degree, it makes sense that it was again able to keep ahead of NVIDIA’s in the vast majority of cases.

There is of course a problem, though. The overclock we reached on NVIDIA’s card doesn’t quite compare to the overclocks we’ve been seeing around the Web, and in fact, at 930MHz, I think we’ve been beat out by everyone. I’ve even seen 1,000MHz+ clocks from sites that take stability as seriously as I do ([H]ard|OCP), so I feel confident in the fact that our sample is less-than-ideal from an overclocking standpoint.

The fact that we couldn’t reach a higher clock had nothing to do with voltages or the like, because as far as I’m aware, there are no tools out there currently that allow that adjustment. Out of the box, the card should be far more overclockable than our sample, and for you, that’s a great thing. For us, it doesn’t help us in proving any points. 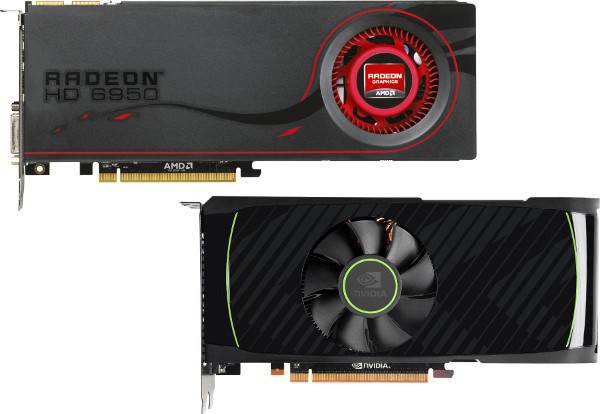 That being said, we’re not able to comment on the true result of AMD vs. NVIDIA here, and overall, that might be a good thing to avoid regardless. We were not able to reach 1,000MHz on our GTX 560 Ti, and chances are you won’t be able to either. On the same token, you might not be able to go out and purchase an HD 6950 1GB and have it overclock to 950MHz like ours. That’s just the name of the overclocking game.

Compared to the respective stock-clocked versions of each card though, the gains we saw were rather stark. I tend to be against GPU overclocking, because the risk of instability is rarely worth the minor gain in performance, but we’d often see 10 FPS gains at 1680 and 5 FPS gains at higher resolutions, which is rather notable. So if you don’t mind overclocking your cards, the performance gains awaiting you are huge.

From a non-overclocking AMD vs. NVIDIA standpoint, which to purchase? To gain perspective there, we’d recommend reading through our previously published articles. The general idea though, is that at stock-clocks, the extra features are what sell each brand. NVIDIA has PhysX and CUDA, while AMD has improved power efficiency and better multi-monitor support. It’s up to you to decide which of these features are more important to you.