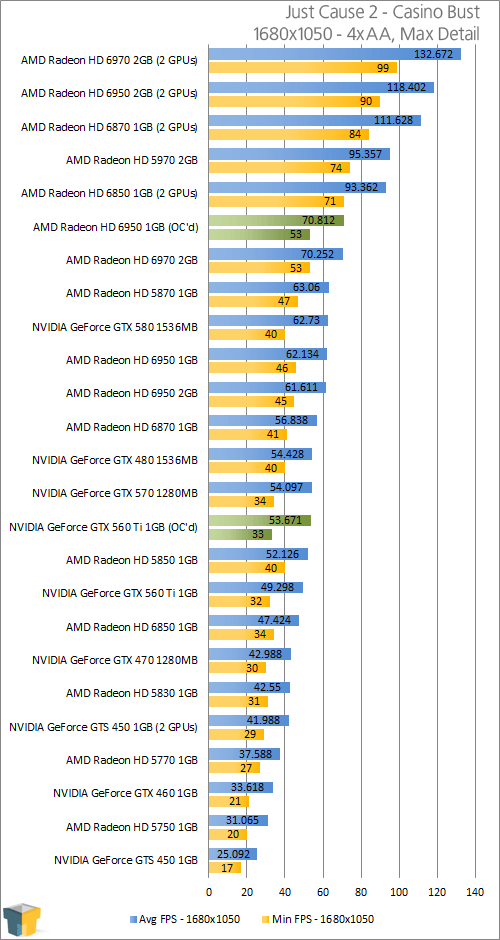 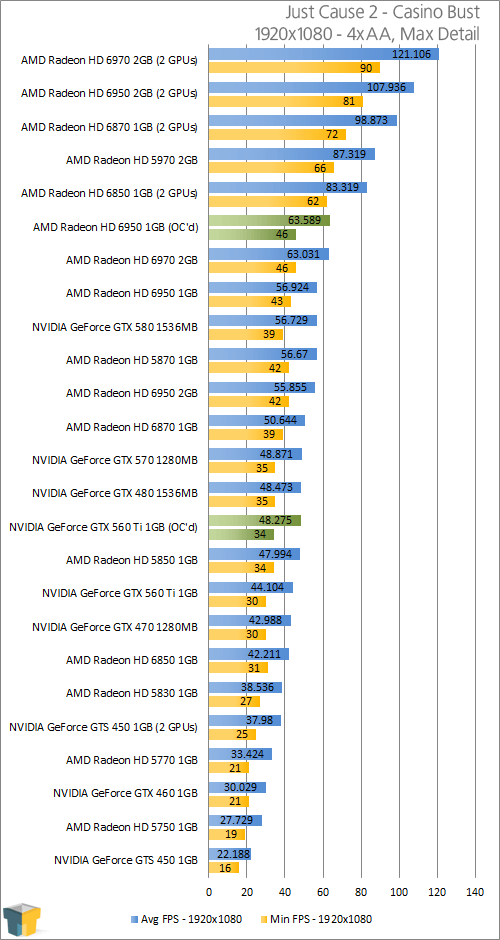 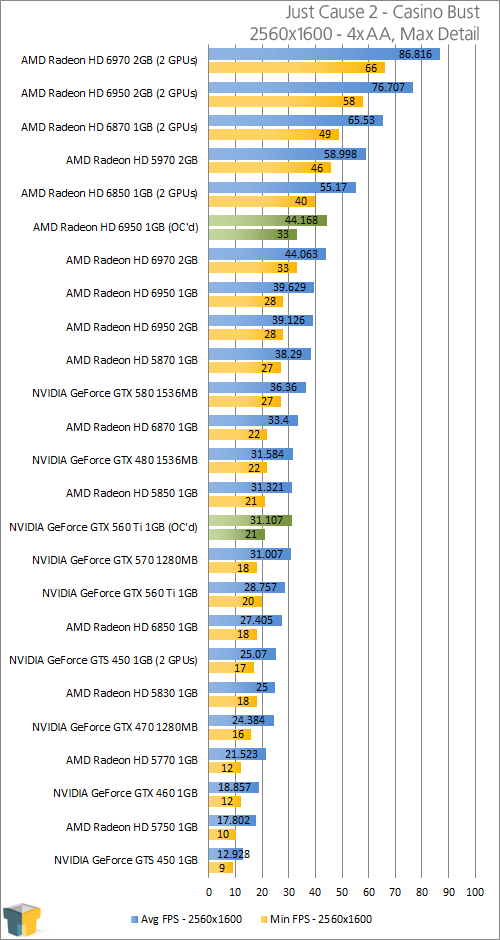 With our top overclock, AMD’s HD 6950 1GB manages to surpass the performance of the HD 6970 2GB by just a smidgen, while for NVIDIA, the GTX 560 Ti performs quite nicely compared to the GTX 570..