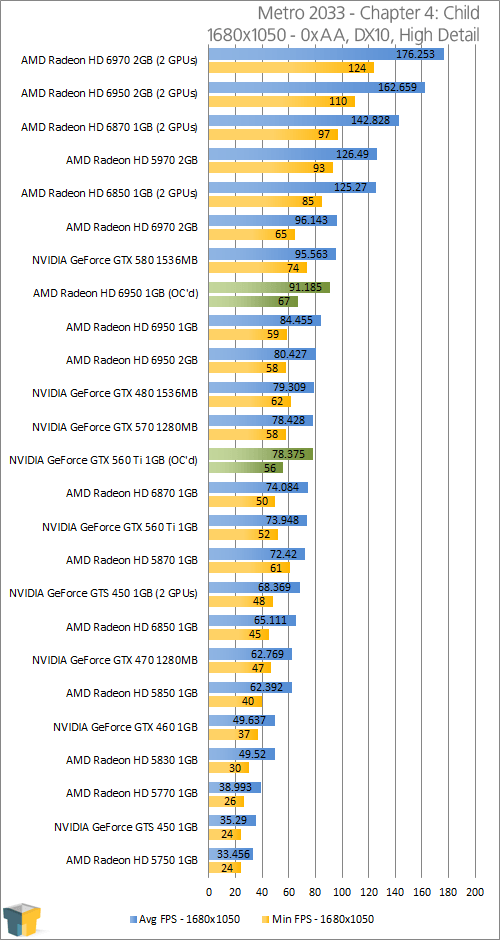 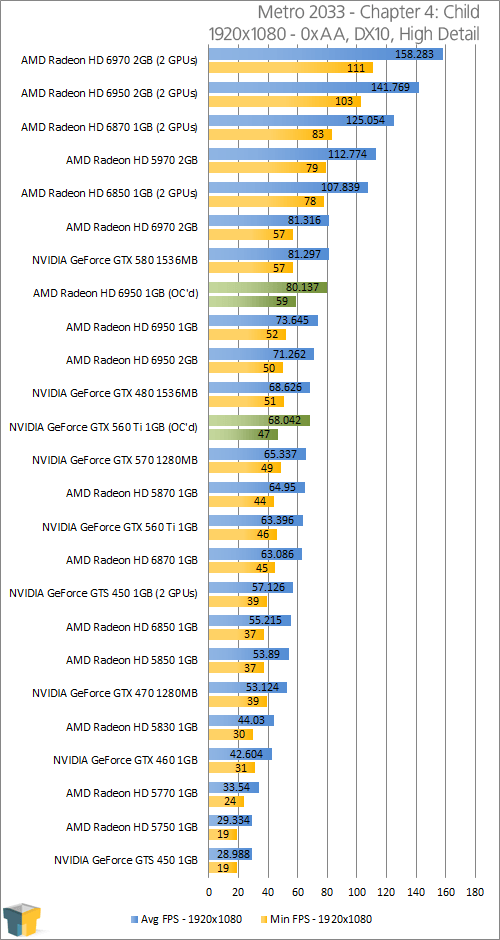 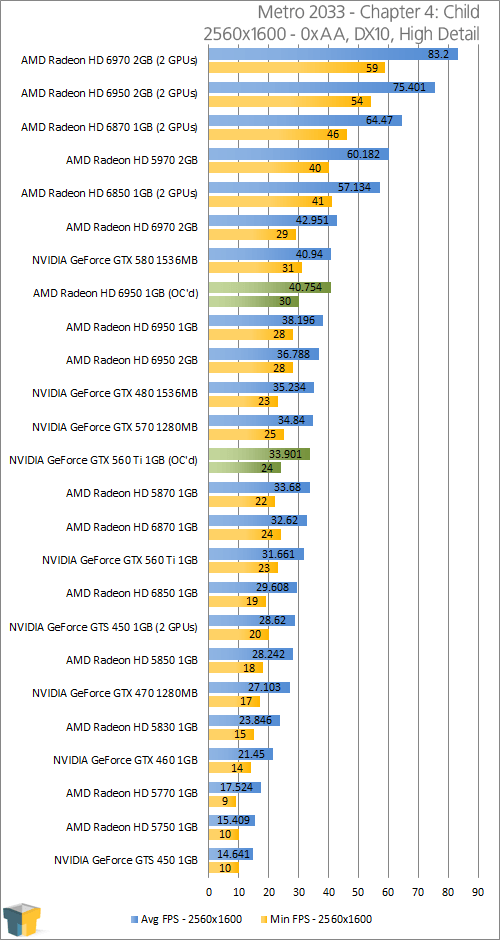 The larger buffer that the 2GB HD 6970 has kept it ahead of our overclocked 1GB card in this game, while NVIDIA’s card kept super close to the GTX 570 at all three resolutions.