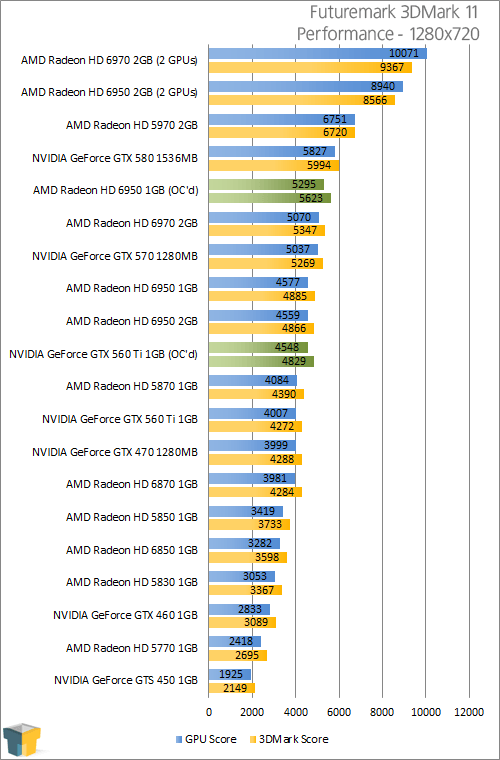 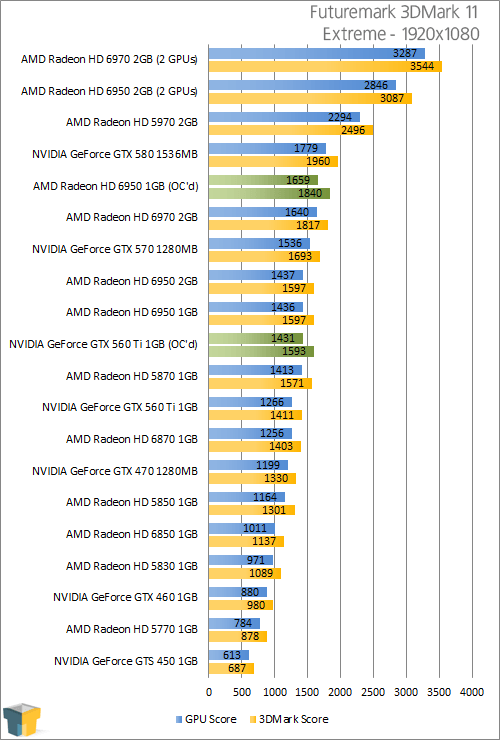 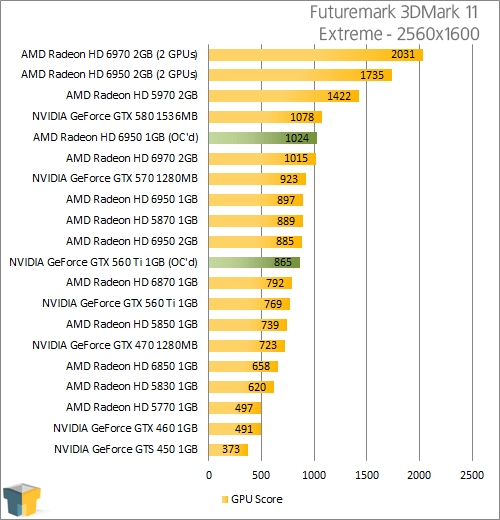 According to 3DMark, the overclocked HD 6950 1GB is faster all-around then the HD 6970 2GB. For NVIDIA, the overclocked GTX 560 Ti doesn’t quite manage to reach the heights of the GTX 570, but it does push far ahead its stock-clocked variant.