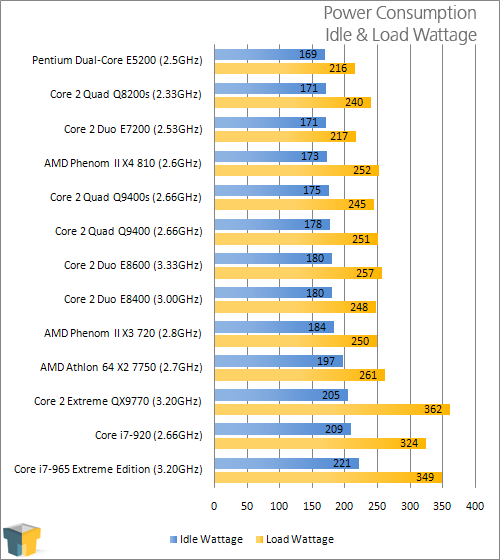 Both of AMD’s new CPUs offer superb power efficiency here, partly in thanks to their 45nm process. The X4 810 is especially interesting, as it proved to draw less power than AMD’s own Dual-Core 7750. Twice the cores, and less power… gotta love progress! I should also note that the AM2+ board we benchmarked with is nowhere near as robust as the one we use for our Intel machines, so some skewing in our results will occur because of that. However, Gigabyte’s board that we chose is one of the most popular at the moment for new system builders or upgrades, so the results above are still highly relevant.

As I mentioned in the intro, AMD’s main goal right now is to remain price competitive. Their processors are not quite as fast as Intel’s offerings clock-for-clock, so pricing is a huge concern not just for AMD, but consumers as well. The current state of the economy aside, consumers always want the best bang for the buck, and if it means paying a little more for a far better processor, they’ll probably do it. Likewise, if they can save $20 and cut back on 100MHz they won’t notice gone, they’ll take that route as well.

The X3 720 was the more impressive of the two, however, but primarily thanks to overclocking. AMD said the chip would be competitive to the E8400, and that I do believe, as it beat it out in pretty-well all of the important tests. But, at $170, it’s priced identically to the Q8200… the chip that the X4 910 was designed to compete with. When those two CPUs are pit against each other, the Q8200 will come out the winner, as seen throughout our results. The Q8200 has the extra core to thank for that. If it were a Tri-Core, it wouldn’t be that competitive due to its much lower frequency. 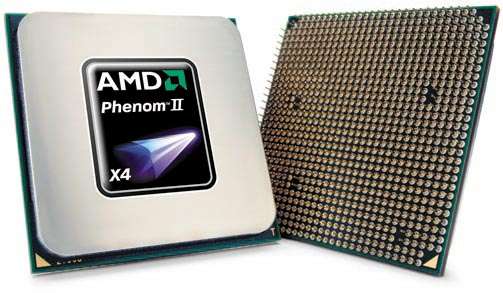 Choosing between these two chips, though, is quite simple. Let’s start off with the X4 810, which is the more difficult of the two to dissect. This chip, at ~$196 is quite competitive with Intel’s Q8200, which is $26 less expensive. The X4 810 out-performed that chip in our most important tests, and I guess that’s how it should be, as it’s the more expensive of the two. If it was a matter of choosing between them and no overclocking would occur, then either or would be a fine choice.

After toying around with the X3 720 though, I quickly forgot about the X4 810. This $170 chip starts out at a great clock speed of 2.8GHz, and proved itself to be much faster than Intel’s equally-priced E8400. It also happens to have great power efficiency and overclocking-ability. We hit 3.2GHz with no voltage increase whatsoever, and 3.5GHz with a modest 0.075v boost. While the X4 was a chore to overclock, the unlocked X3 was not, and I actually found myself having fun pushing it to its limit.

Regardless of which model here has caught your eye, you’re very unlikely to regret either. From a stock-clocked perspective, both offer excellent performance in both single-threaded and multi-threaded perspectives, and the price is right (although I wouldn’t mind seeing the X4 810 priced closer to the Q8200… it would become a dominator). If there’s one thing to be said here, it’s that it’s great to see AMD back, and competitive. It’s something enthusiasts have been waiting for, and we can all hope that the year ahead will continue to bode well for the company.