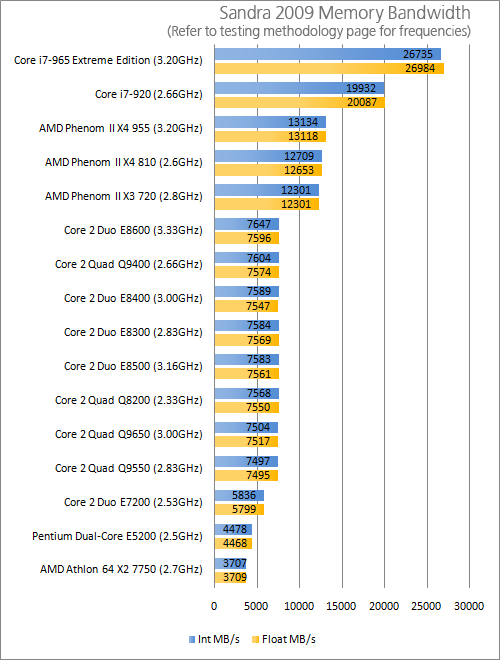 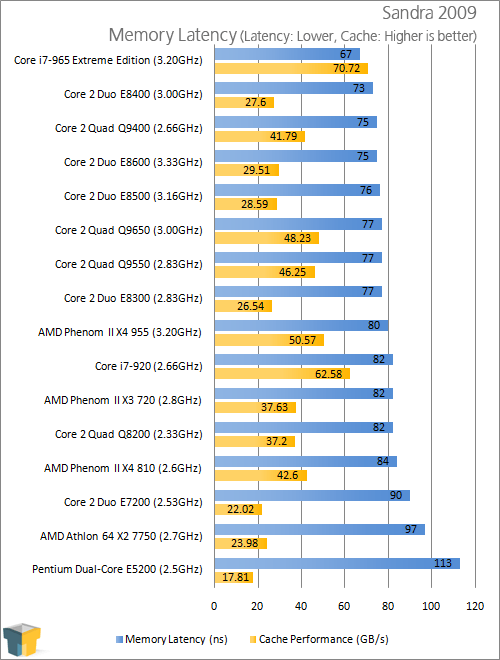 As far as I’m concerned, benchmarking for memory bandwidth is almost a moot point, because at some point, we hit a wall when the real-world benefits will stop being increased. In the case of AMD, their integrated memory controller avails us more than enough bandwidth, out-performing Intel’s entire Core 2 line-up with absolute ease. It falls a bit short of Intel’s triple-channel configuration, but that was to be expected. Again though, anything over 5,000MB/s is very unlikely to benefit a regular consumer. 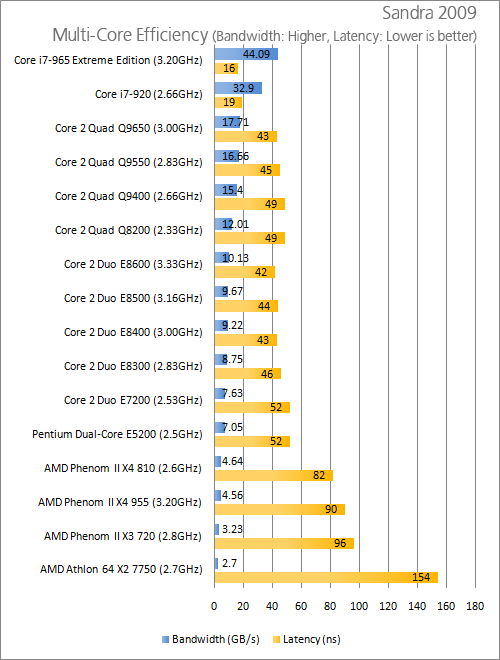 This test is where we can see huge differences between AMD’s and Intel’s CPUs, with Intel being the clear leader in both inter-core bandwidth and latencies. How much this matters in the grand scheme, but seeing as AMD’s offerings scale quite well in multi-threaded benchmarks, I’m assuming it’s not much. Still, it’s rather interesting to see such staggering differences between the architectures here.