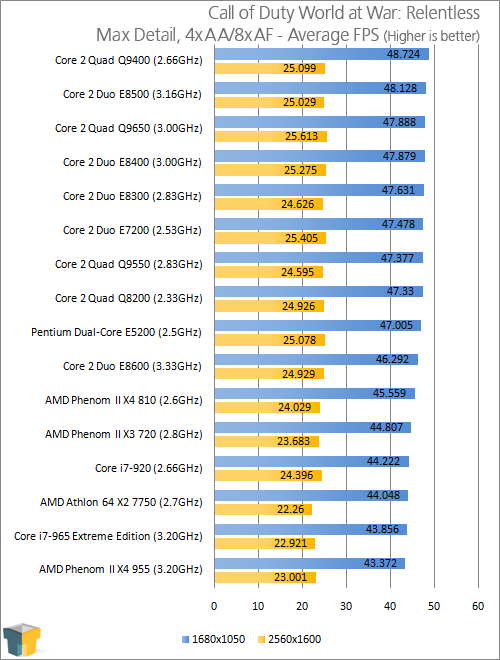 Luckily for hardcore CoD players, the game’s performance doesn’t change with a faster CPU, which is rather impressive. Here, the game ran just as well on our lowly E5200 as it did on our QX9770. 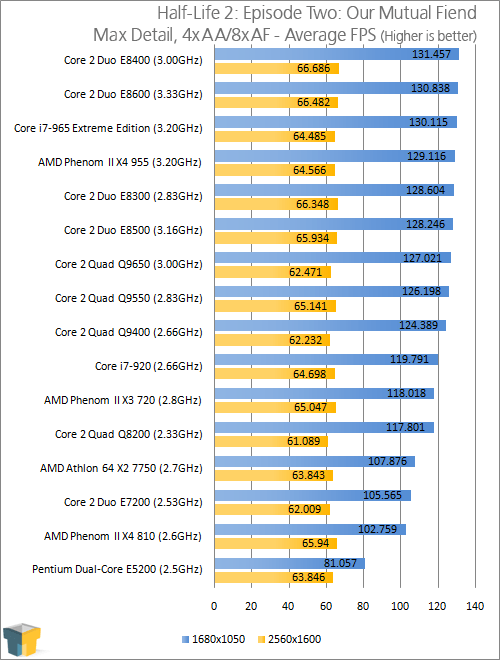