In recent months, we’ve seen AMD and NVIDIA go back and forth with releases that are designed to one-up the other at the respective price-point, and with AMD’s Radeon HD 6790, it doesn’t look like this game will end anytime soon. Set to compete against the GeForce GTX 550 Ti, the HD 6790 launches with the same MSRP of $149.

Fierce competition exists with every type of PC component we review here at Techgage, but I think most will agree that where graphics cards are concerned, the competitive nature of things is taken to an entirely new level. Neither AMD nor NVIDIA ever want to be behind the other, and as a result, we tend to see new releases every single month, especially lately.

As humorous as this constant back and forth may be, it’s the gamer who comes out ahead after each battle. Although we haven’t seen price-drops in a while, if you can get a faster card for the same amount of cash, that’s hardly a bad thing. Ironically here, though, NVIDIA’s GTX 550 Ti was launched to compete with the HD 5770, and with the HD 6790, the HD 5770 is being superceded. 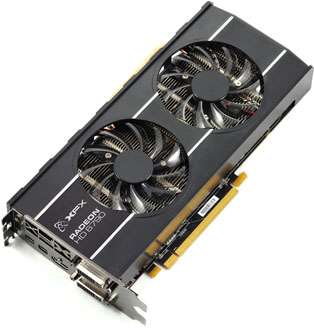 Without even peering into the benchmarks, AMD’s follow-up is notable for a couple of reasons. First, NVIDIA’s GTX 550 Ti didn’t come out the ultimate winner against the HD 5770 as we had hoped, but rather delivered equal performance overall. With the HD 6790, priced also at $149, we may see that NVIDIA delivered too little, too late, with its GTX 550 Ti.

In comparing all of the models in the table above, the Radeon HD 6790 doesn’t quite look like a $150 graphics card on paper, and there’s a good reason for that. Unlike the HD 5770, the HD 6790 gets a nice memory bus boost up to 256-bit, putting it on par with the rest of the line-up. With lower-end GPUs, a tight memory bus can become a bottleneck, so with an upgrade to 256-bit, the reason why this card can replace the HD 5770 becomes clear.

The answer to that question is simple: not much. In fact, the HD 5770 looks like the better card on paper where differences can be seen. But, thanks to the architectural enhancements of the HD 6790, and the improvement in the memory bus, AMD’s latest should reign supreme in this matchup. Thanks to the vast increase in the number of transistors, and potentially also a boost in memory voltage (if there is one), the HD 6790 has a much higher power rating – from 108W to 150W at load. I’ll tackle these differences a bit more on the final page, as some of it can be confusing.

Pictured at the top of the page is XFX’s take on the Radeon HD 6790, and the reason I used that image is because A) We didn’t receive proper stock images from AMD and B) Well, just take a look at our sample: 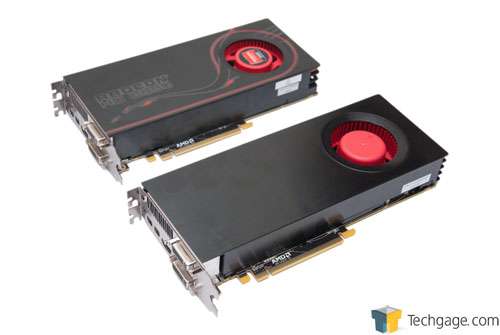 You can’t get much more nondescript than this. I am sure that the HD 6790 has been at least an idea for awhile, but it feels to me like this launch was nothing more than a knee-jerk reaction to NVIDIA’s launch of the GeForce GTX 550 Ti a couple of weeks ago. It’s rather rare when we receive a pre-production card looking like this. Though slower than the HD 6850, our sample of the HD 6790 is the longer of the two.

Despite the bland aesthetics, our sample is going to perform just the same as reference-clocked HD 6790s once they hit the market. But to give you a taste of what vendors will be doing, here are a couple more product shots from HIS, PowerColor and Sapphire. 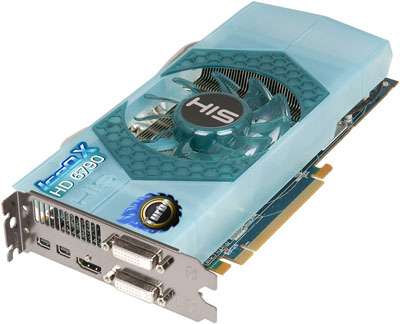 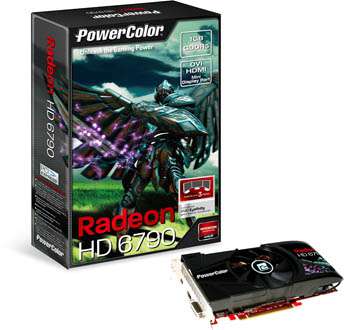 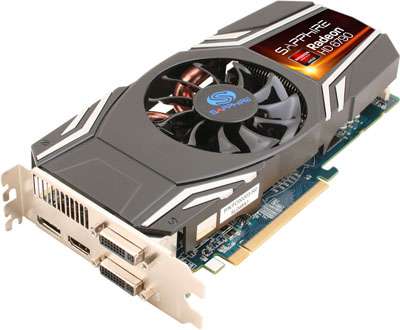 Before tackling performance, an important note to make is that while NVIDIA touted the GeForce GTX 550 Ti as a card best-suited for 1680×1050 gaming, AMD pushes the bar a bit higher and claims that its Radeon HD 6790 can handle most games at 1920×1080 just fine. Also, since the HD 6790 replaces the HD 5770, we’ll want to compare the performance between those two cards in each test, while also comparing it to NVIDIA’s GTX 550 Ti as it shares an identical price tag.

On the next page, you can peruse our test PC specs and also our methodologies, and then we’ll get right into our performance testing with Dirt 2.