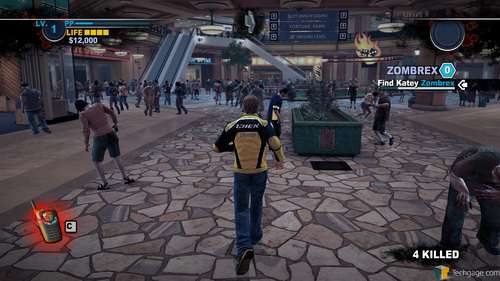 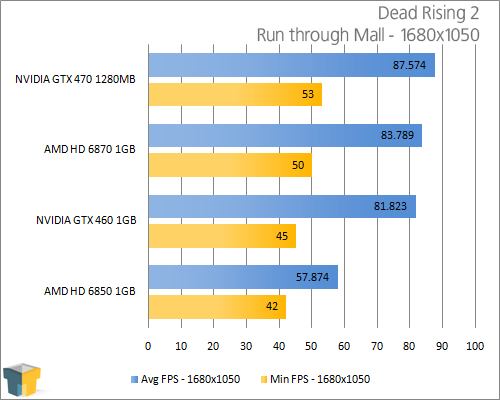 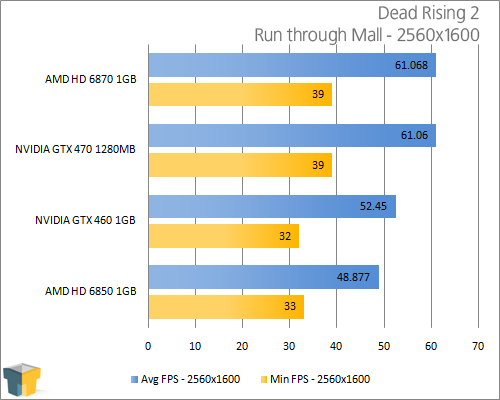 Because of the sporadic nature of the number of zombies in this game, the results are hard to get exact each time, and I was only able to dedicate so much time to it. So, take these results as they are. The GTX 460 performed better than the HD 6850 in both cases, while the GTX 470 and HD 6870 could almost be considered equals. 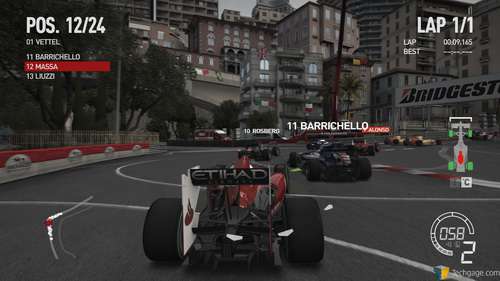 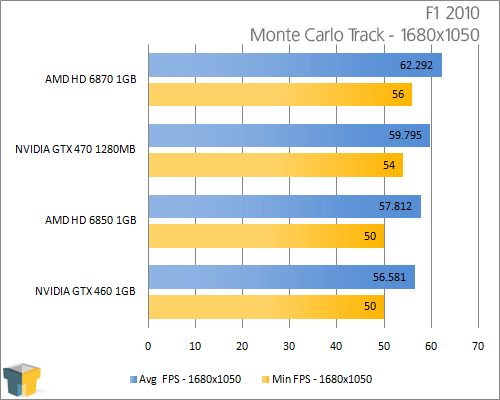 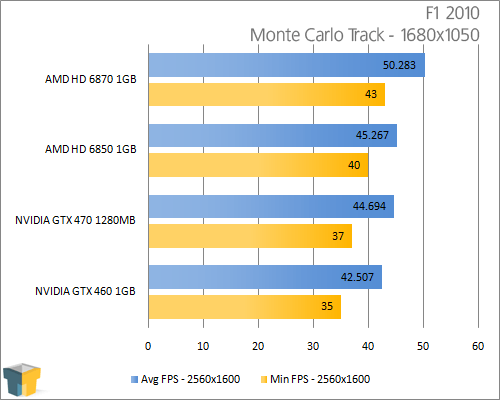 It’s odd to see a game perform not much worse at 2560×1600 than it does at 1680×1050, but that’s the case here. All cards performed well at all resolutions, and despite how it would seem, ~40 FPS is just fine for reliable racing. For what it’s worth, AMD’s cards come out just ahead.