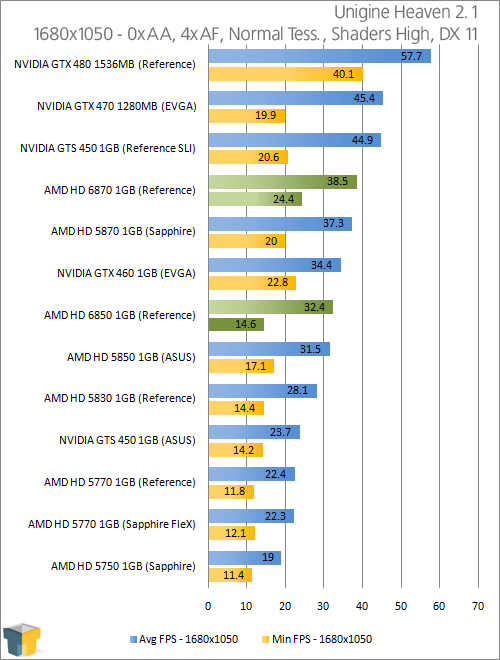 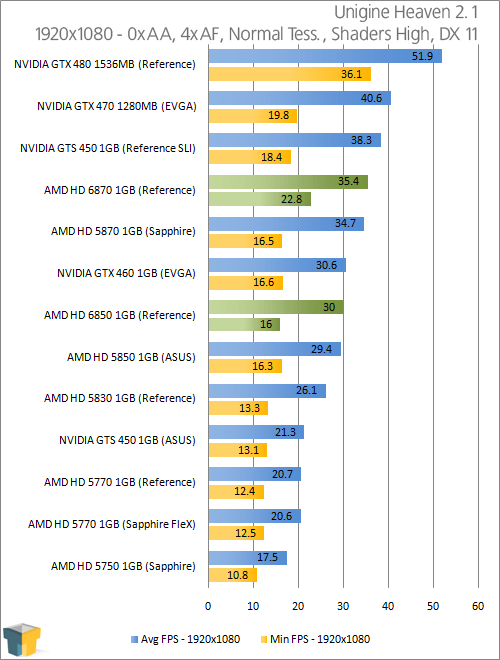 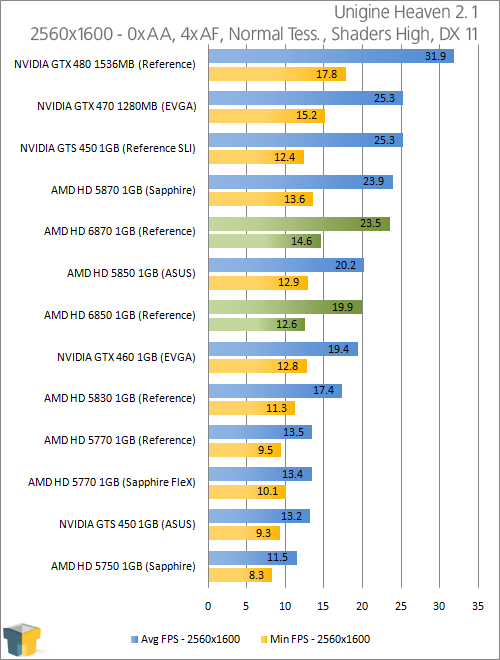 One of the major highlights of the HD 6800 series launch is that tessellation performance has been improved, but according to Unigine’s Heaven, the differences are about as small as you could get. We did see much better improvement in our regular games, though, so Unigine might not be the best measure of things.

An important thing to note is that AMD stated that its tessellation performance is best seen at lighter levels, not super-heavy like this test exhibits. It could be that at more modest levels, the cards would see a greater differential, but due to time, this is not something I could sink into.