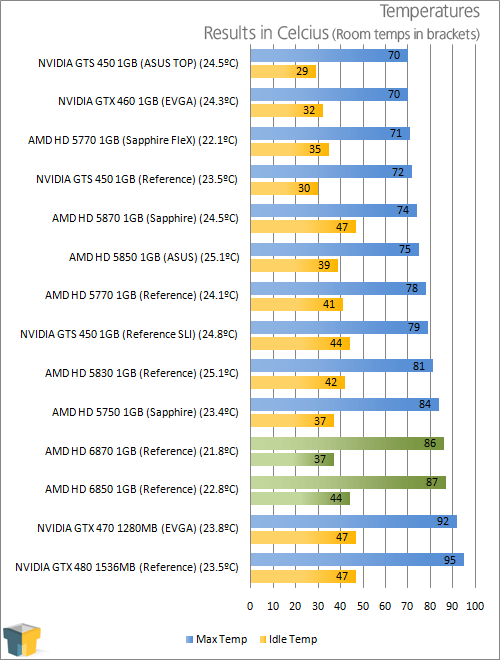 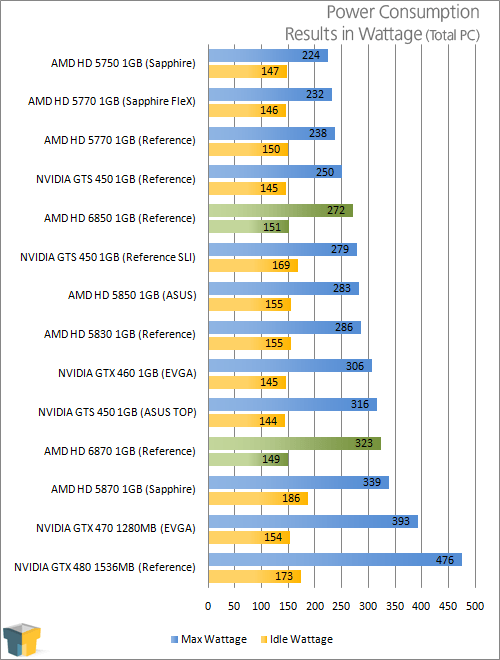 Temperature-wise, AMD’s latest cards don’t do too much to impress. I’m sure that with after-market coolers, we’d see some nice gains, but as it is, we’re nearing the 90°C mark, similar to NVIDIA’s current highest-end offerings. This isn’t a dangerous level per se, but I’d love to see the temperatures at least 10°C lower than this.

What they may lack in temperatures, they make up for in power consumption. We couldn’t really see any differences at idle, but at load, AMD’s latest offerings perform quite well – especially compared to NVIDIA.