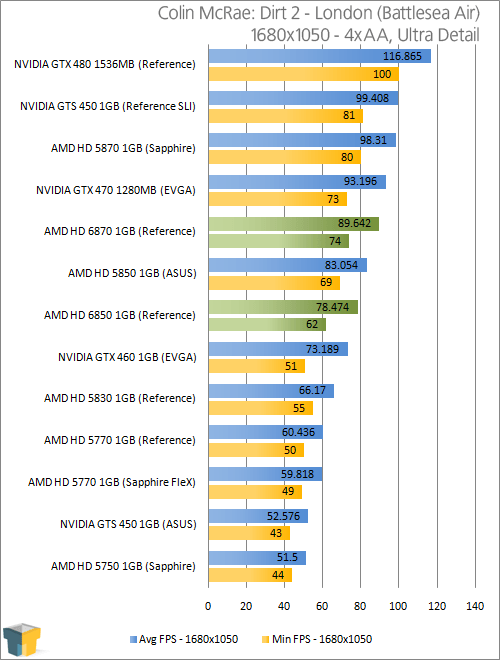 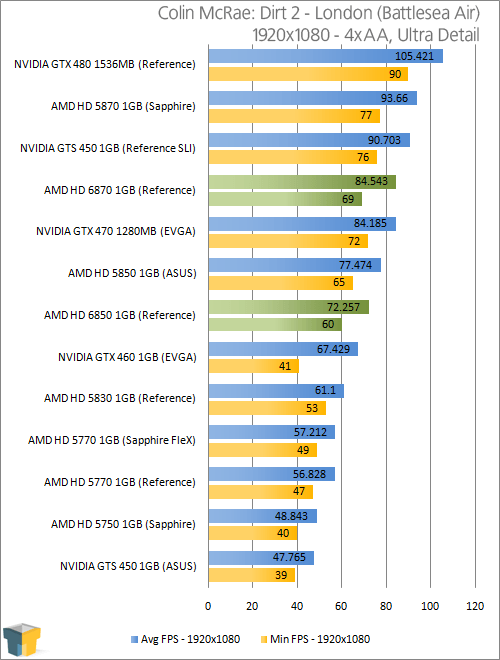 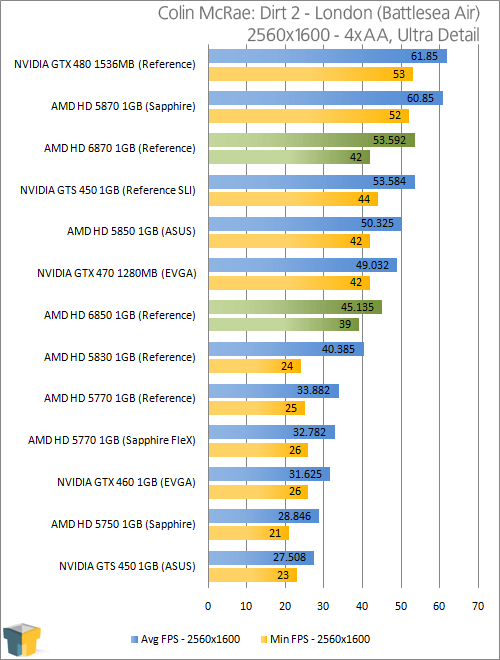 As was to be expected, the HD 6870 doesn’t quite compare to the HD 5870, but it doesn’t fall too far behind. Compared to NVIDIA’s GTX 470 and GTX 460, AMD’s latest cards perform exceptionally well in this title, but it should be stressed that Dirt 2 has always favored Radeons a bit more than GeForces, so in the end, the results aren’t all too surprising.

Dirt 2 might have come out last fall, but the game is still mighty good-looking, and thankfully for gamers, pretty well any recent PC configuration you have will allow you to play the game at high detail levels, even with anti-aliasing. In the case of AMD’s latest cards, 2560×1600, “Ultra” and 4xAA is no problem at all.