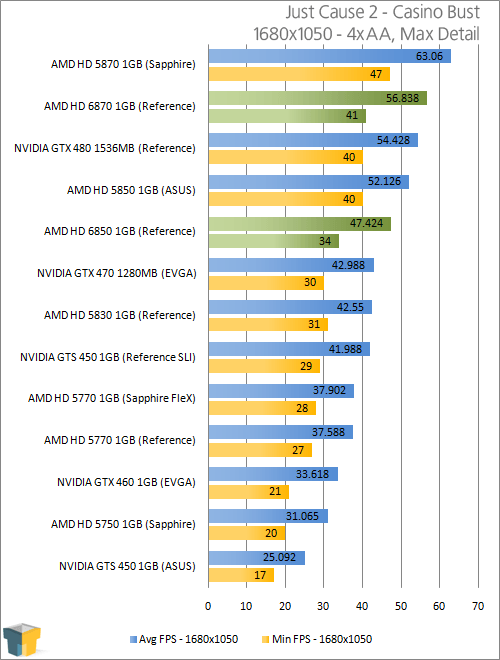 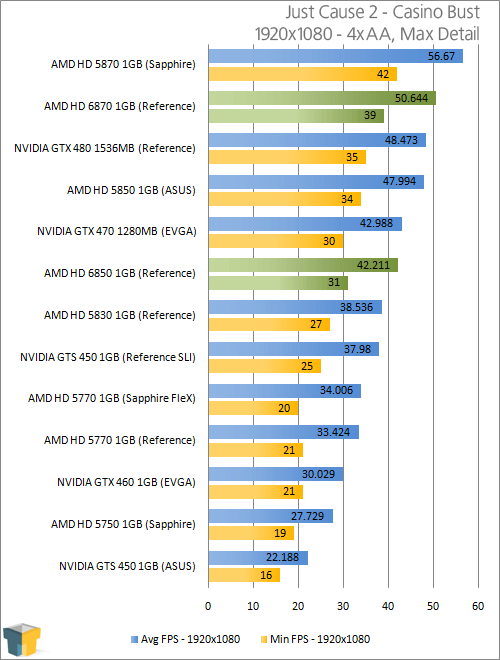 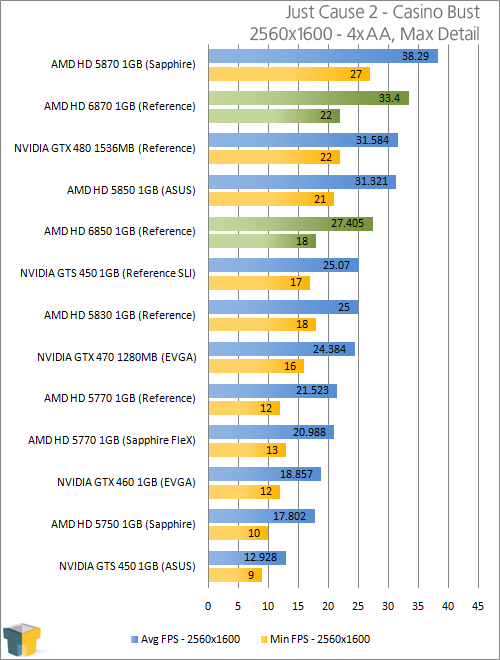 Continuing our theme from the last game, Just Cause 2 also seems to favor AMD’s Radeons, and as such, the performance crown goes to them.

Unlike Dirt 2, where maxed-out graphic detail will work on a lot of recent configurations, that’s not the case here. The only exception is on the HD 5870, and even that’s cutting it close. On our HD 6870, we had to cut down on the water and objects detail just a tad, while also disabling AA, and for the HD 6850, we decreased the detail even further, completely disabling high-res shadows and ambient occlusion.