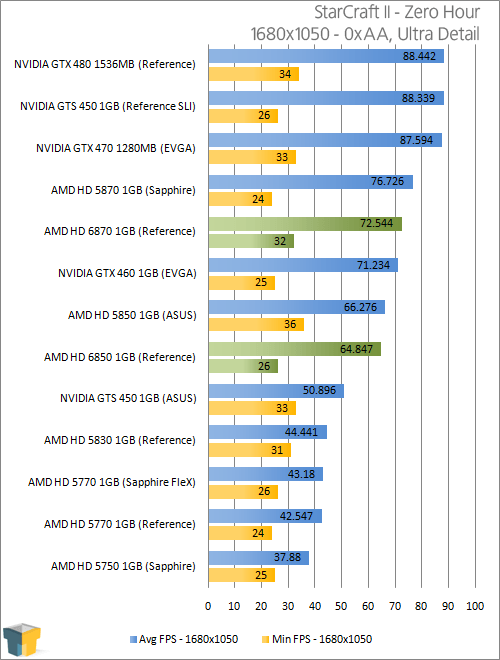 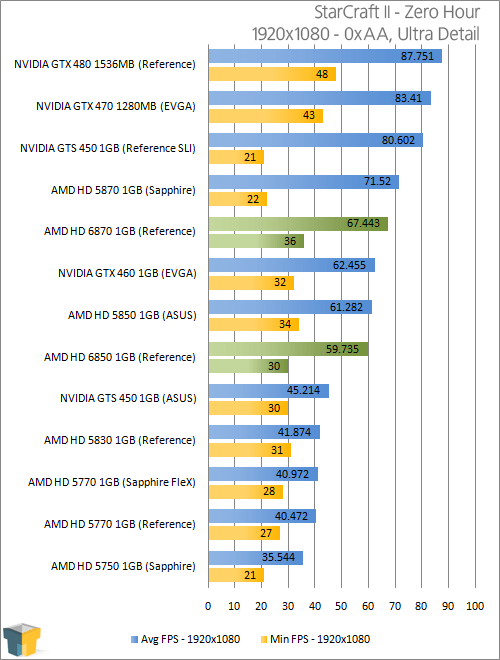 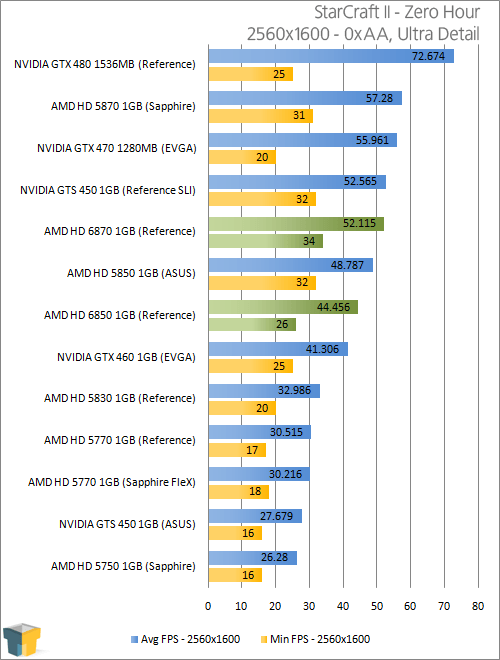 StarCraft II might have a massive fanbase, but unfortunately, graphical detail doesn’t quite scale with that. At completely maxed-out settings, both of AMD’s cards could handle any resolution, straight up to 2560×1600. It’s important to note that anti-aliasing would increase the load on these cards quite dramatically, but as a general rule we don’t benchmark with AA if we have to force it through the driver panel, to avoid any inconsistent results in case any GPU vendor wants to get a little crafty.

As you probably expected, our results from the 2560×1600 graph carried over into our best playable table.